A few months back my dear friend Laurel sent me this photo: 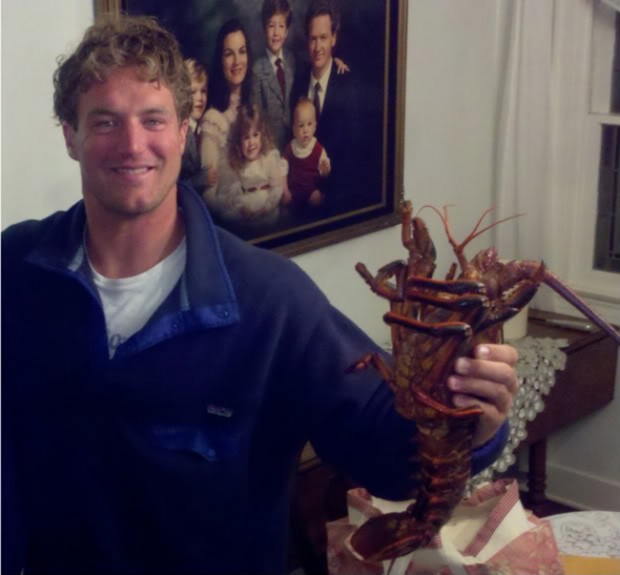 What you might notice after the awesome family portrait in the background and Andrew’s perfectly cleft chin, is that gigantic prehistoric creature hanging from his grasp. That’s a spiny lobster from the Santa Monica Bay that Andrew caught that morning, and there was a freezer full of its buddies in the kitchen. After the shock of seeing an eight pound (!) lobster wore off, I immediately started plotting. Those lobsters, at least some of them, would be mine, I muttered to myself while fantasizing about melted butter, lemon wedges, and sand in my toes. Yes, my spiny pretties, all mine.

Some emails were exchanged and a few weeks later there I was at 5:30 am, joining Andrew and his friends Shota and Jon for their last dive of the season. Granted, I didn’t go down with them (no scuba license for me yet) but I got a shore-side view of how to catch a lobster. Later on I brought Andrew back to my kitchen to grill up his catch and top it with some Ancho Chili Lime butter. So simple, and absolutely delicious! We had so much fun filming and it was such a beautiful day I made two videos, a short and sweet version with just some music (Gershwin, anyone?) and instructions, and for those interested in the nitty-gritty of lobster diving, my interview with Andrew. Enjoy! 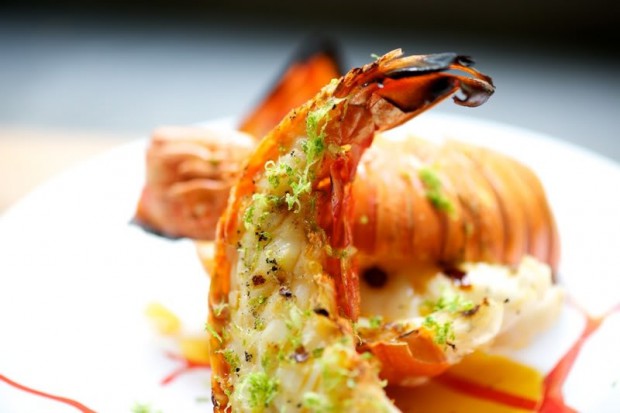 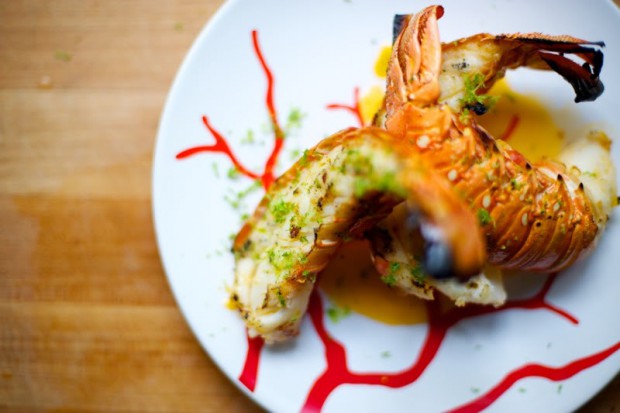 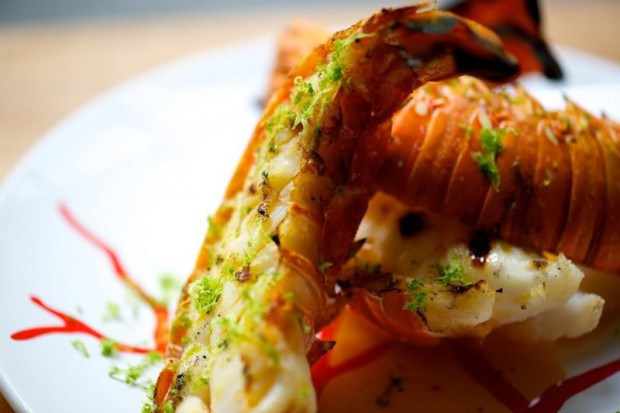 Par-boil the tail in salted boiling water for 5 minutes. Halve it, splitting it down the center of the tail. Brush the tail halves with olive oil, and pop on the grill face side down for about 4 minutes. Flip them on their shells for another minute or two, until the lobster is fully cooked. Meanwhile, combine the ancho chili, butter, and half the zest and melt. Pour it over the lobster tail halves and finish with a sprinkle of the remaining zest. Enjoy!