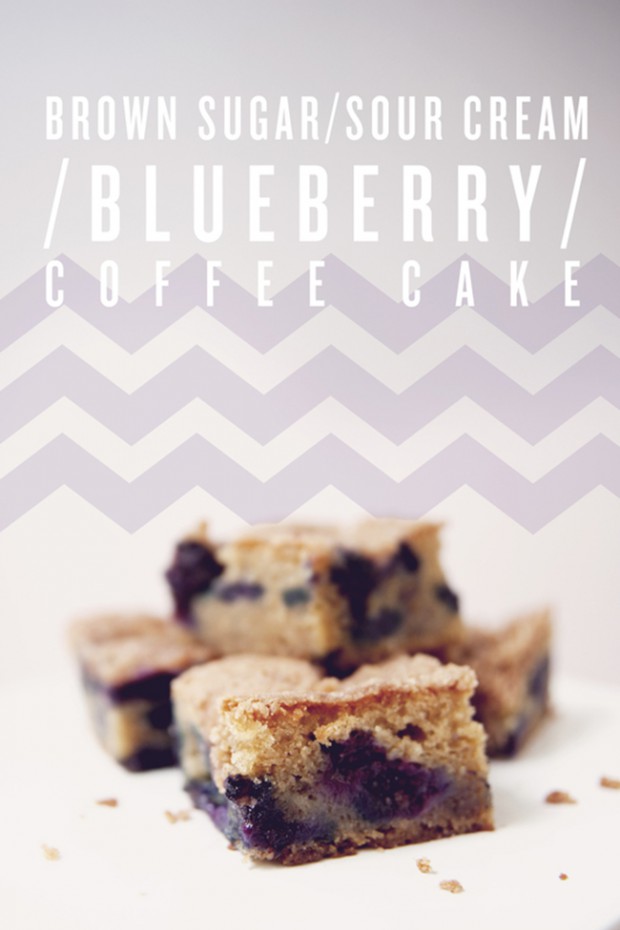 I need to get better at naming recipes.  Usually, I just list the ingredients in a tasty sounding matter, but for this recipe…there’s too much tasty! Obviously I have to mention the blueberries, but what about the brown sugar, giving it a deeper, almost maple-y flavor? I should also bring up the sour cream, adding a tangy richness.  What about the cinnamon streusel? Nah, you’ll find out about that soon enough.

This recipe is a play on my mom’s sour cream coffee cake, also known as the BEST CAKE EVER. My brother had it as his 18th birthday cake.  It’s moist, a little tart, and laden with cinnamon and pecans.  I thought, why not merge this awesomeness with my other favorite baked good, blueberry muffins.

So I give you: Brown Sugar Sour Cream Blueberry Coffee Cake…with cinnamon streusel! 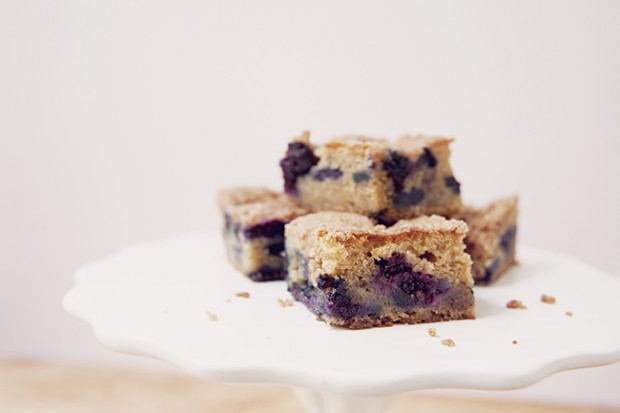 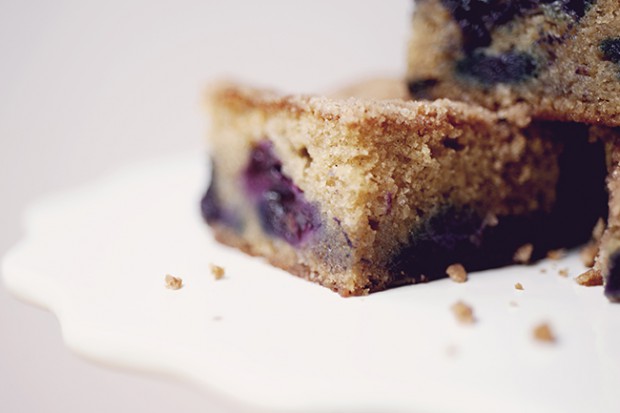 Preheat oven to 350 F. In a mixer with a paddle attachment, cream the butter and sugars together (it should be a creamy, consistent texture and blonde looking). Add the eggs, one at a time until fully incorporated. Sift together the dry ingredients and add a quarter at a time, alternately adding the sour cream. Lastly, add the vanilla. Pour into a greased sheet cake pan.

To make the cinnamon streusel, cut together the butter, flour, cinnamon, sugar, and salt until the butter is the size of small peas.

Sprinkle the batter blueberries, and then the streusel on top. Bake for 40-45 minutes, until a toothpick comes out clean.

Allow it to cool completely, then slice and serve. Enjoy!