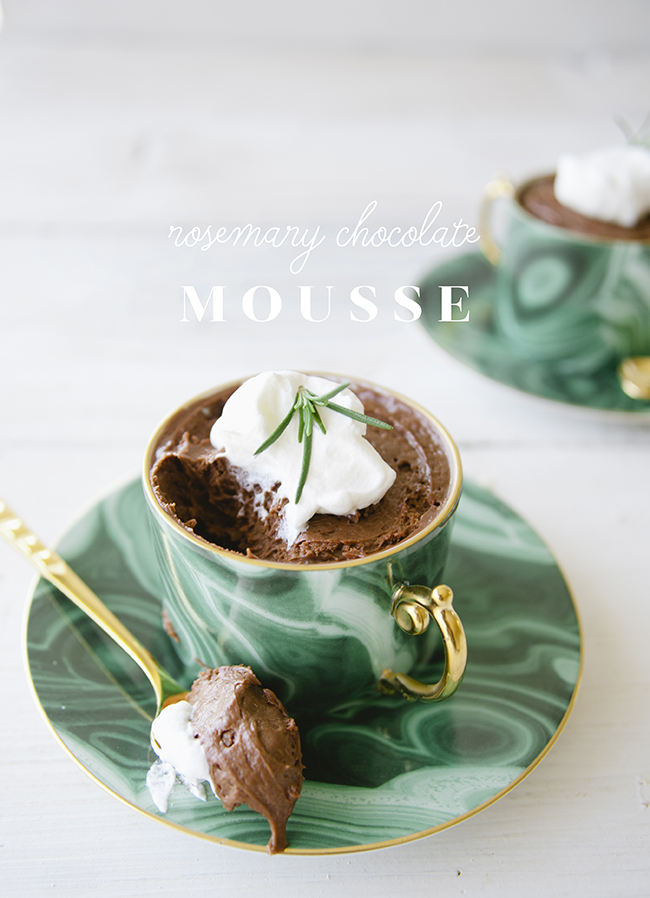 Rosemary’s Baby is a classic horror film – but not for the reasons you’d imagine. Sure, it’s about a woman who is drugged by a coven of witches and then gives birth to the antichrist, but the real horror that unfolds on the screen is the story of a woman without autonomy, a woman who is manipulated into her circumstances, and dismissed when she begins to reach out for help. Mia Farrow is vulnerability and gentleness embodied – the perfect foil to the evil machinations that surround her. The movie flows methodically, like a slow motion car crash, as it reaches its horrible crescendo. The taught tone mirrors the paranoia surrounding an otherwise innocuous dessert – chocolate mousse. Rosemary has started to become suspicious of her eccentric neighbors, and even her narcissistic husband, when they offer her a bowl at the end of a dinner party. Who knew something sweet could have such brutal consequences.

So for this Halloween themed post, I give you classic chocolate mousse, spiked with a touch of rosemary. Enjoy! 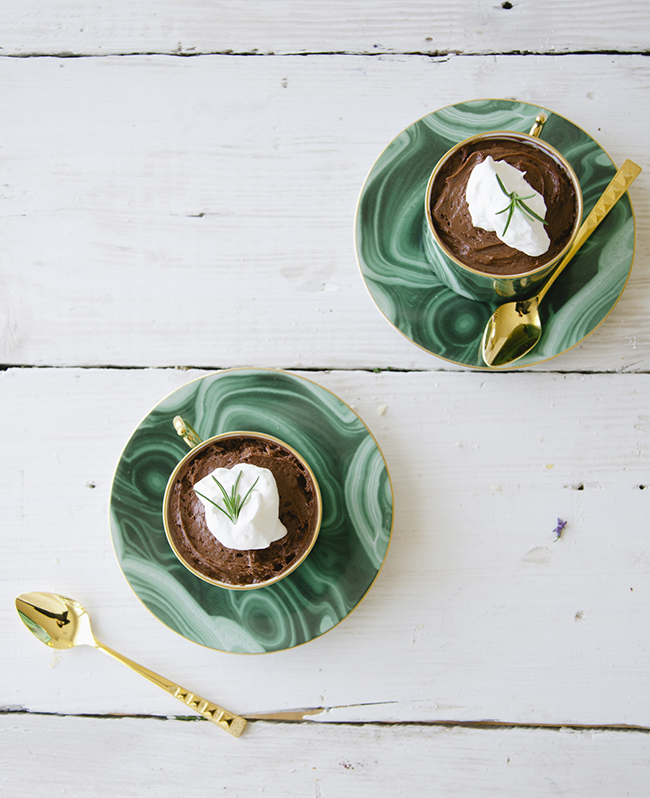 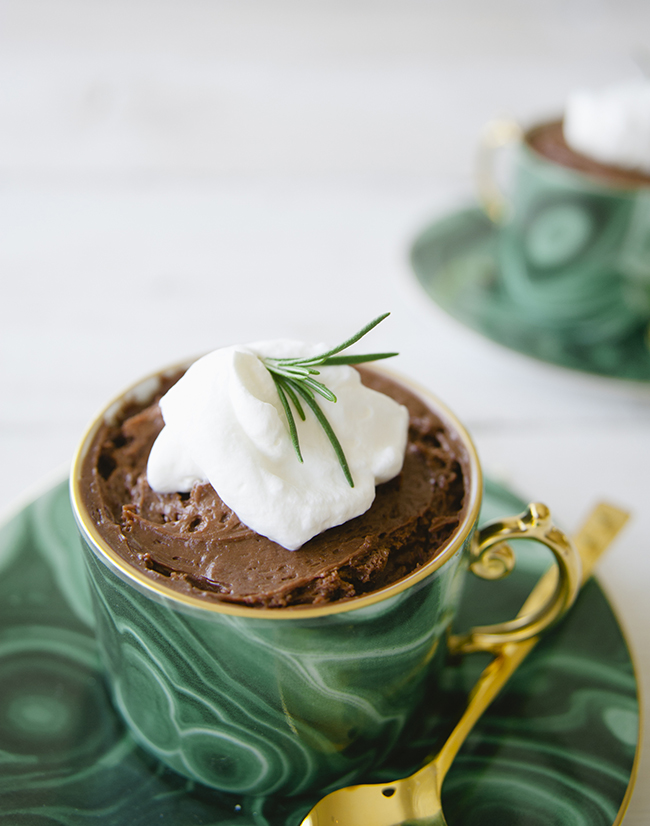 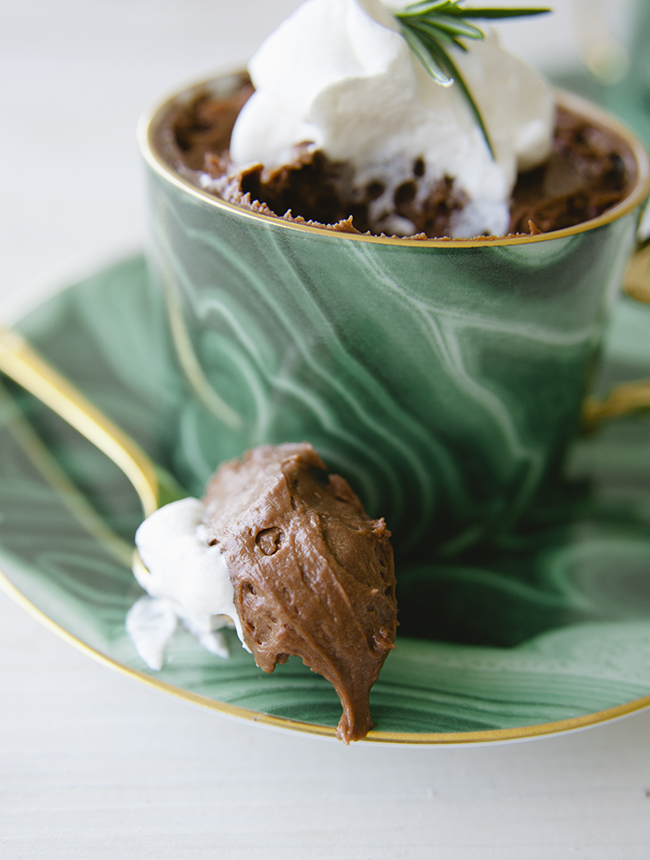 Fill a saucepan halfway with hot water and bring to a boil over medium high heat.  Put a glass or metal bowl on top of the boiling water (it shouldn’t touch the bottom of the bowl) and melt together the chocolate, butter, water, and sprig of rosemary.   Stir until smooth and remove from heat.

Fill a large bowl a quarter full with ice water and set aside.  In a large glass or metal bowl placed over the saucepan of simmering water, whisk the yolks of the eggs with the 1/2 cup of sugar, rum, and water for about 5 minutes until the mixture is thick and opaque, like a runny caesar dressing. Remove from heat and place the bowl of the yolk mixture in the bowl of ice water (make sure no water gets in the bowl!) and continue beating the yolk mixture until cool and thick, about 10 minutes.  Remove the sprig of rosemary from the chocolate mixture. Fold the chocolate mixture into the egg yolks.

Fold one-third of the beaten egg whites into the chocolate mixture, then fold in the remainder of the whites just until incorporated, but don’t overdo it or the mousse will lose volume.

Transfer the mousse to a serving bowl or divide into serving dishes, and refrigerate for at least 4 hours, until firm.

Serving: I like to serve the chocolate mousse as it is, maybe with just a small dollop of whipped cream; it neither needs, nor wants, much adornment.

Storage: The mousse au chocolat can be refrigerated for up to 4 days.