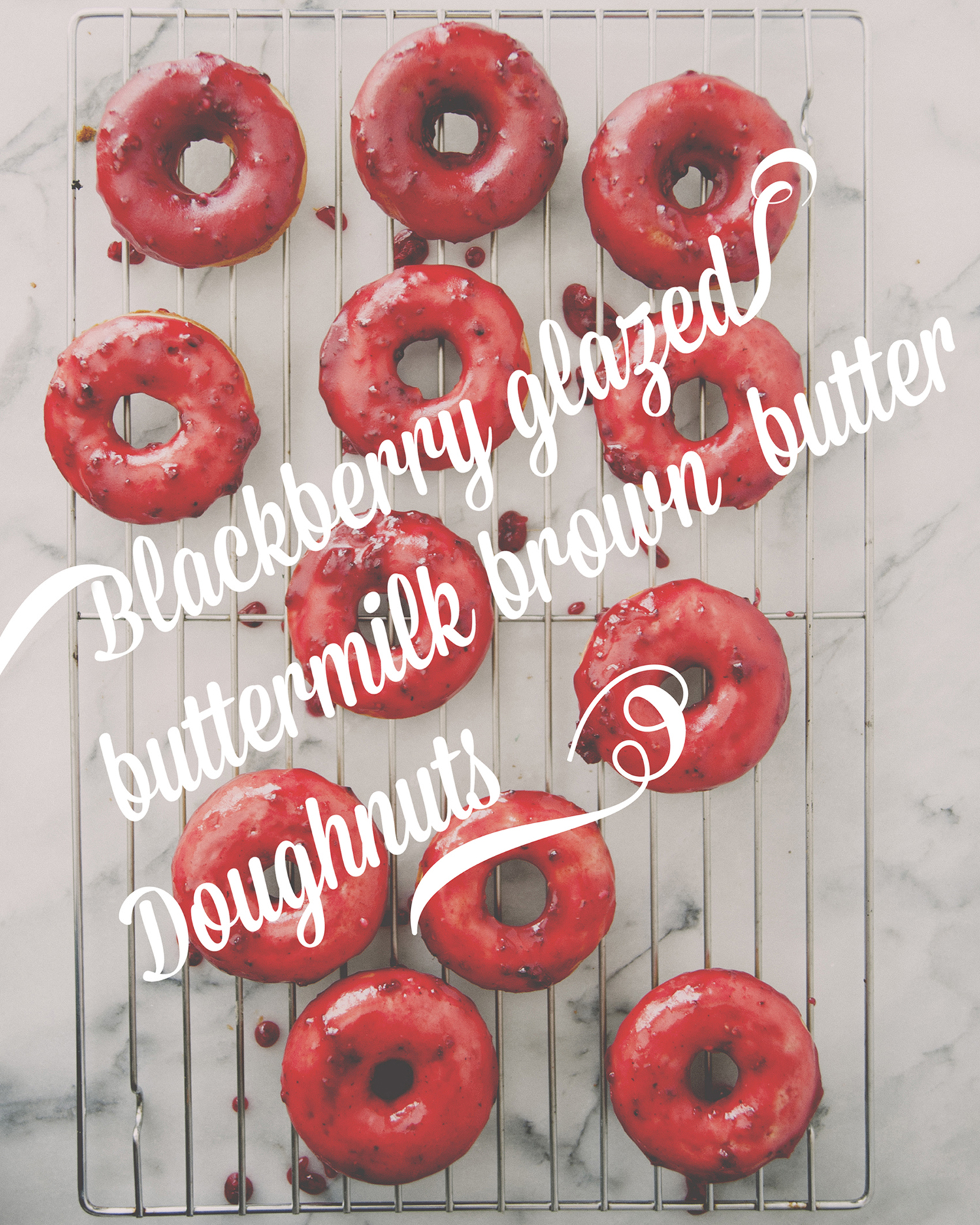 Baked doughtnuts strike me as the perfect compromise.  You get to have something cakey, delicious, and glazed, but hey…at least it’s not fried? At least in my world this is a super reasonable compromise.  The blackberry glaze on these doughnuts is the prettiest shade of rich pink, with an unexpected tart kick, making these the perfect doughnuts for the summertime.  Fresh, light, and simple.  Serve a warm platter of these at a brunch or bring a dozen to the office and people will build shrines to you and have towns carry your name. Or at least they’ll say thank you with cake in their mouth and glaze on their face. 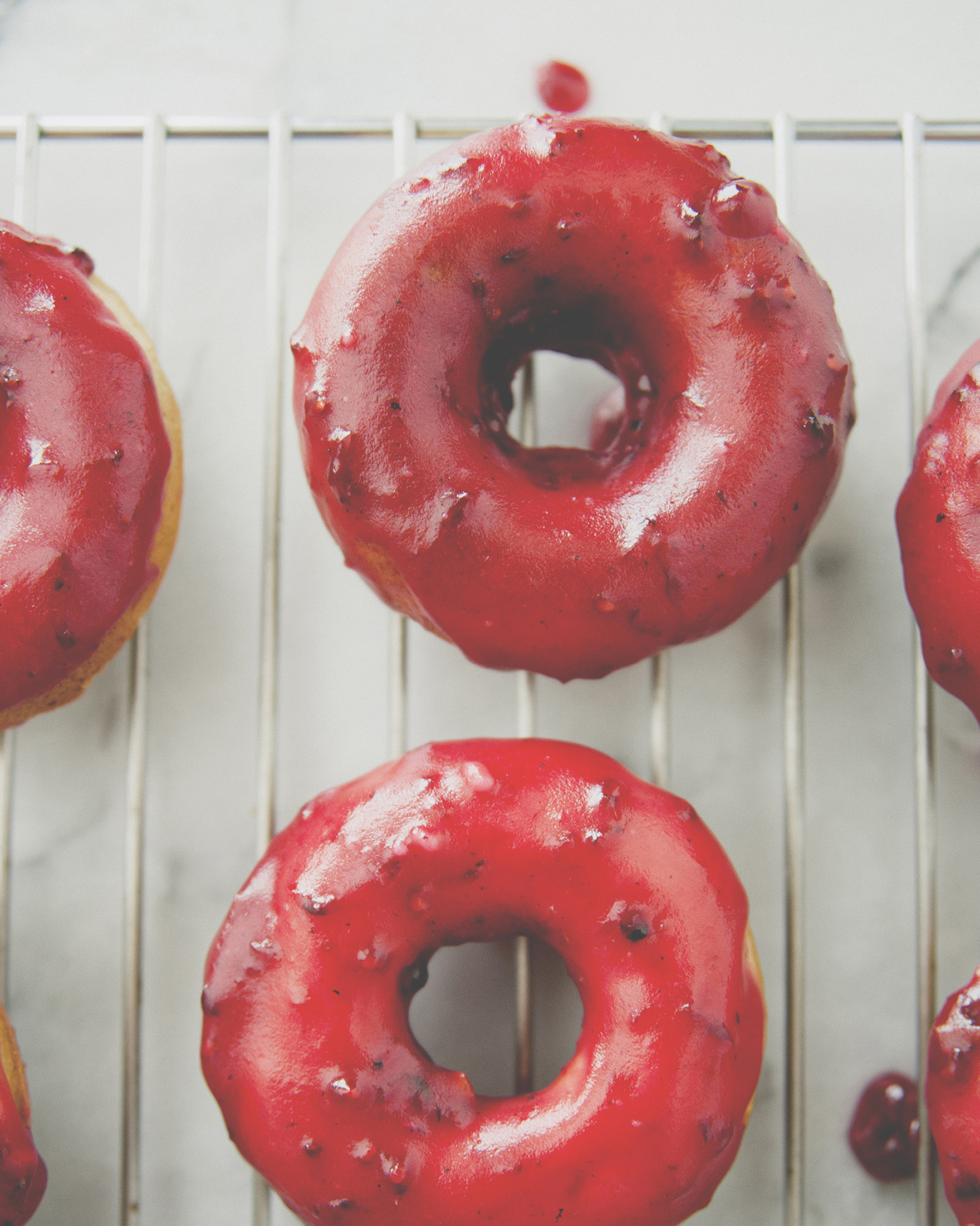 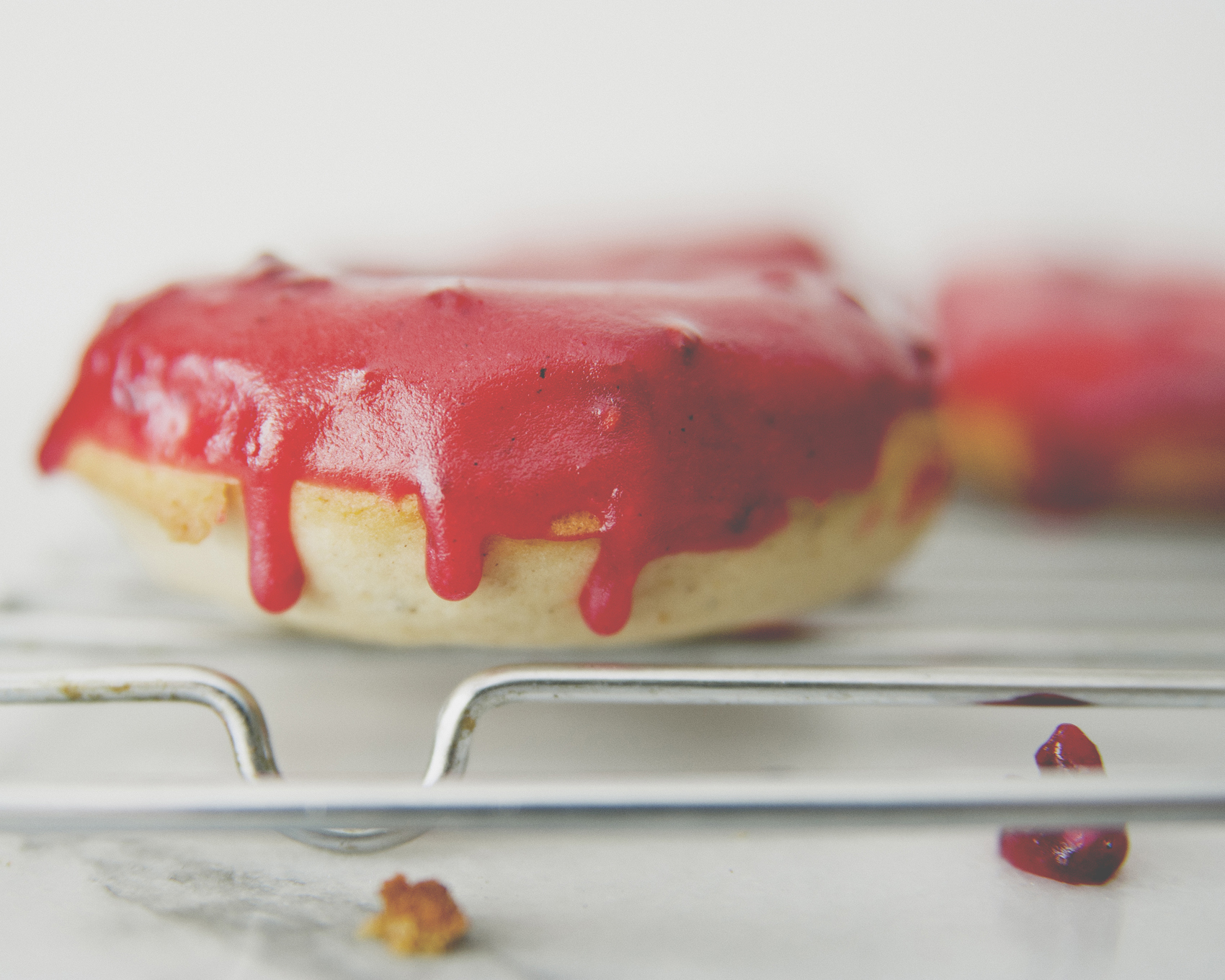 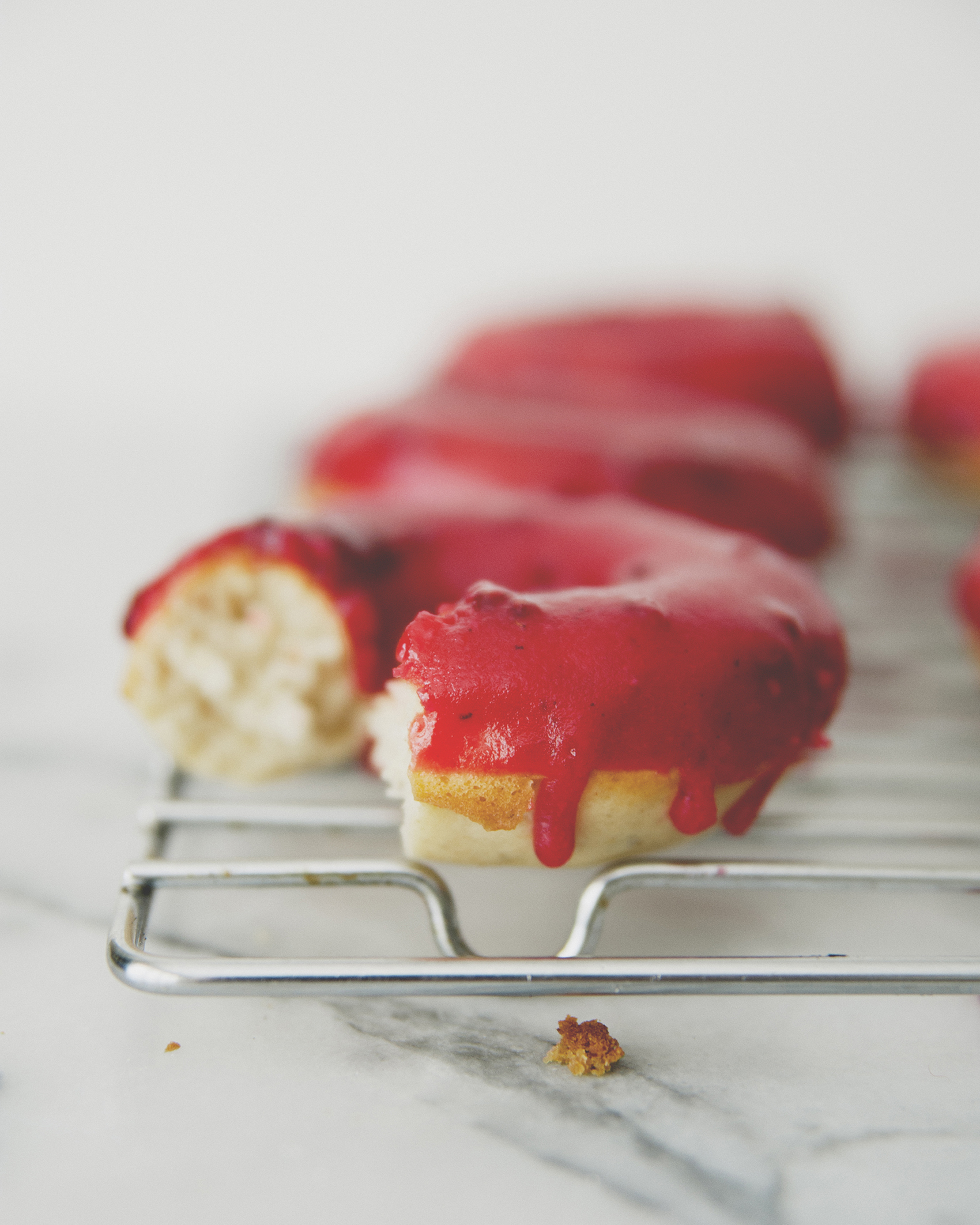 In a medium bowl, sift the the flour, baking soda, salt, and spices together.  In a separate bowl, beat together the egg and sugar.  Melt the butter in a small saucepan until the milk solids caramelize and the butter smells nutty.  Immediately add the browned butter to the buttermilk mixture, along with the vanilla extract. Add the buttermilk mixture alternately to the eggs and sugar with the dry ingredients.  Bake for 10 minutes, rotate, and continue to bake until doughnuts are golden brown and crisp on the outside, about 5 to 10 minutes more. The part of the doughnuts that are in the pan will be a dark golden brown, while the exposed part of the doughnut will be pale.  This is just the nature of baking doughnuts in a pan instead of frying them.  To sort of hide the half golden brown/half pale situation, I glaze or frost the pale side.

Let them cool in the molds for 5 minutes if coating with toppings such as cinnamon sugar, 15 minutes if using glaze or icing. Run a knife around the donuts in the molds, lift them out, and place them on a baking sheet. Coat them in your choice of topping.

Combine the blackberries, lemon juice, and white sugar in a small pot over medium heat.  Cook for about 5 minutes, or until the blackberries have released most of their juices and have cooked down into a light syrup.  Turn off the heat and smash the blackberries with a fork. While the berries are still hot, add the powdered sugar and butter, and stir until combined.  Dip the donuts in the glaze and let them cool on a cooling rack.  If the glaze hardens in the pot, just heat up again and stir.