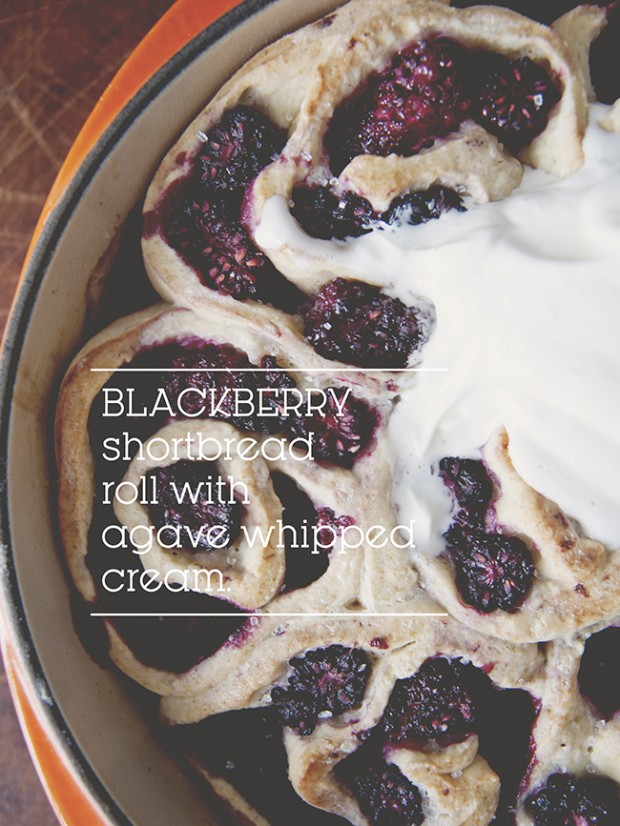 I’ve been revisiting my vintage cookbooks (I had a cold over the weekend and was trapped under a pile of tissues and lozenge wrappers on the couch with little else to do) and fell back in love with American regional cuisine.  I’m a history nerd, and I used to jump from niche to niche every year. Once it was the history of art forgery, another time the Hapsburg Empire and ramp up to World War I.  Then I discovered food history and have never looked back.  Like Jed Clampett hitting oil at the beginning of The Beverly Hillbillies, I had stumbled upon a my nerd equivalent of “black gold, Texas tea” in food history. I keep digging, and I keep finding new pockets of wealth.

American regional cuisine has been a pet project of mine, sort of an ongoing thesis that might never get written, and I keep collecting resources and citations for a fantasy bibliography.  Helen Evans Brown is a big source for me.  She wrote so many entertaining and engrossing cookbooks in the 1950s and 1960s about West Coast cuisine, and was considered as sort of an “MFK Fisher of the west” by James Beard.  Her writing is always thoughtful, sometimes funny, and just so so sooo appealing.  Her descriptions of recipes have my imagination hooked, which explains why her books are littered with post-it notes in hopeful anticipation that I’ll get to cooking all of them some day.

I was readying her description of Northwestern produce and came across this recipe for a blackberry roll. I futzed with it in the kitchen and came up with this version, enveloped in agave whipped cream. A dish like this hinges entirely on the quality or the produce, so try it with whatever’s best: blueberries, raspberries, mulberries, even peaches might be great. Enjoy!

Adapted from “The West Coast Cookbook” by Helen Evans Brown. 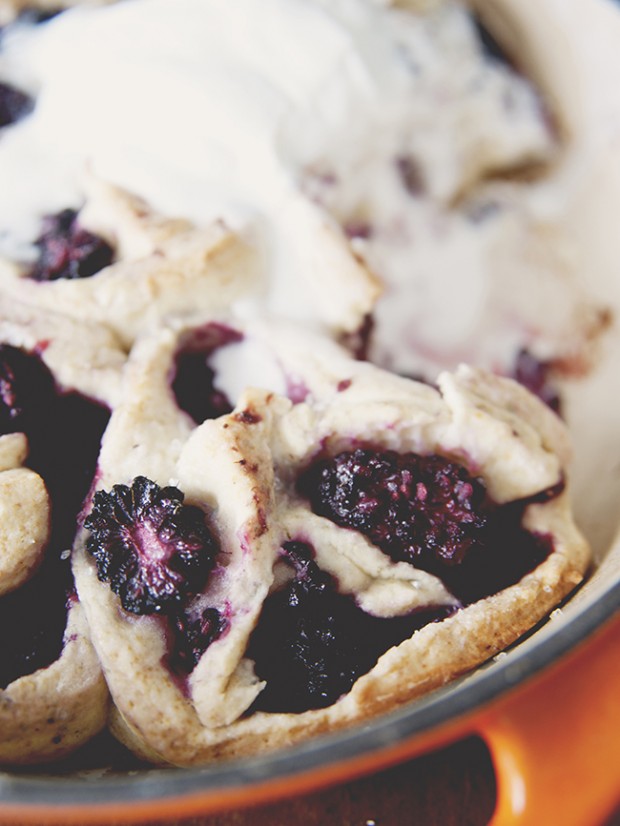 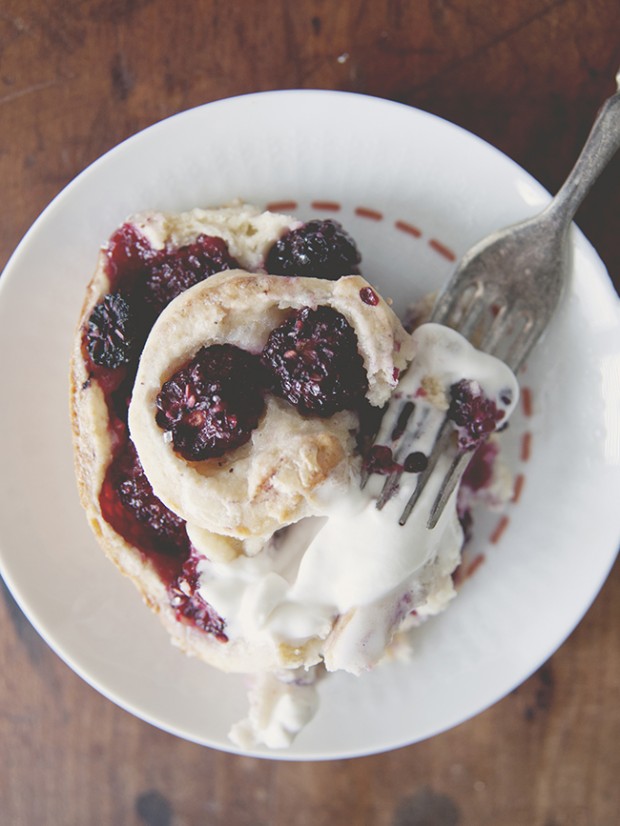 Sift together the flour, baking soda, and salt.  In a mixer with a paddle attachment, mix together the butter and sugar and add the egg.  Mix until pale in color (about 2-3 minutes). On low speed mix in the dry ingredients and milk alternatively. Finish with vanilla, and continue mixing until the dough forms into a ball.

Roll out about a 1/3 inch thick on a floured surface.  Brush with melted butter, toss the blackberries with 2 tablespoons of sugar, pour blackberries onto the rolled out dough.  Roll up the dough like a jelly roll and then slice every 2 inches.  Wedge into a buttered pan (they’ll look like cinnamon rolls), and bake for 30-35 minutes.

While they’re baking whip together the cream and agave until soft peak forms.  Serve the rolls warm with whipped cream on top.