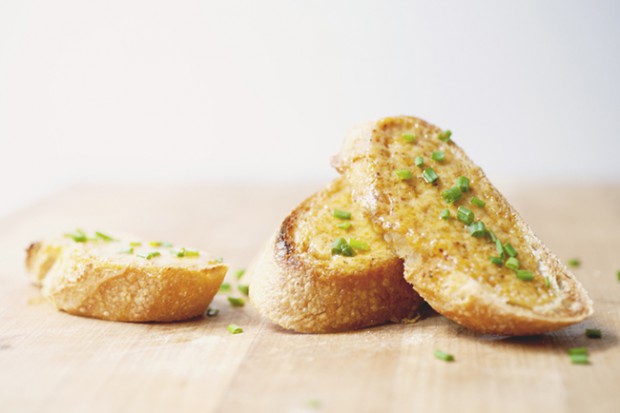 I am my father’s daughter. Ever the bibliophile, this is a man who owns the entire 1911 edition of Encyclopedia Britannica because “It’s the best ever, hands down. You can curl up with it in bed!”; has never found an 19th century book on ship-building he didn’t like; and owns books about…making books. I can’t tease him too hard though, his tomato is my to-mah-to. 1930s etiquette is my 19th century shipbuilding. His Encyclopedia Britanica is my MFK Fisher. He collects flags and military patches, I collect Depression glass and pre-war ceramics. We’re weird, but it works.

I love vintage cookbooks because they’re as close to a culinary time machine as I’ll ever get. The attitudes, the aesthetic, the ingredients, they all paint a specific picture of what goes onto a plate. And I actually cook from them too. Some of the recipes have been divine (baked gnocchi with thyme beschamel anyone?) and others…not (cornmeal hush puppies cooked in bacon fat sound awesome in theory, but not if “Cookbook of the Stars” has anything to do with it), but either way I love attacking them, playing some era appropriate music, and tucking in to a plate of vintage fare.

Today’s recipe is actually a take on Welsh Rarebit (which I keep reading as Welsh Rabbit), which apparently my Grandma used to enjoy when she was a happening single lady in the late thirties. I found a recipe for it in a 1935 etiquette book for the “live aloner” (so much better sounding than “single,” amirite ladies?) and it was listed as a great last minute party snack or part of a simple dinner. As I read the ingredients, it occurred to me that it was fondue, just switch out the gruyere for American cheese and white wine for beer. I’m not a huge American cheese fan, so I thought cheddar would bring a bit of edge to the whole thing. Paired with a malty, hoppy beer, this is the ultimate guy snack.

It takes about 10 minutes to put together and you can keep it warm in the oven if you don’t want to dig in right away. So whether you’re a live-aloner looking for a quick meal, or a happening lady making snacks for her guy friends, this recipe is totally aces. 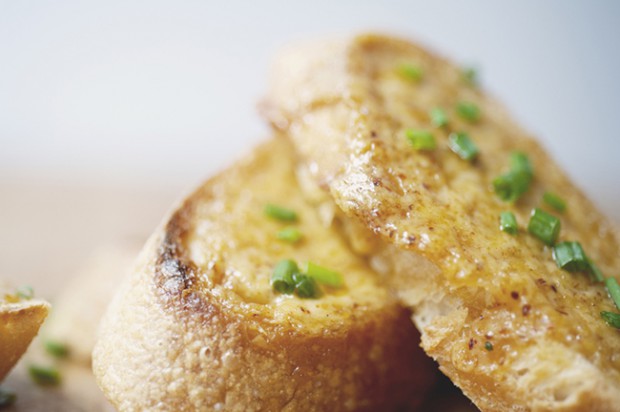 Melt butter and add the cheese. Add the spices and a pinch of salt and pepper. As the cheese melts, gradually add the pale ale, stirring to combine. Place the sliced baguette on a baking sheet. Spoon on the cheese, coating the toast in the middle and broil on bubbly and browned. Top with chives. Enjoy!