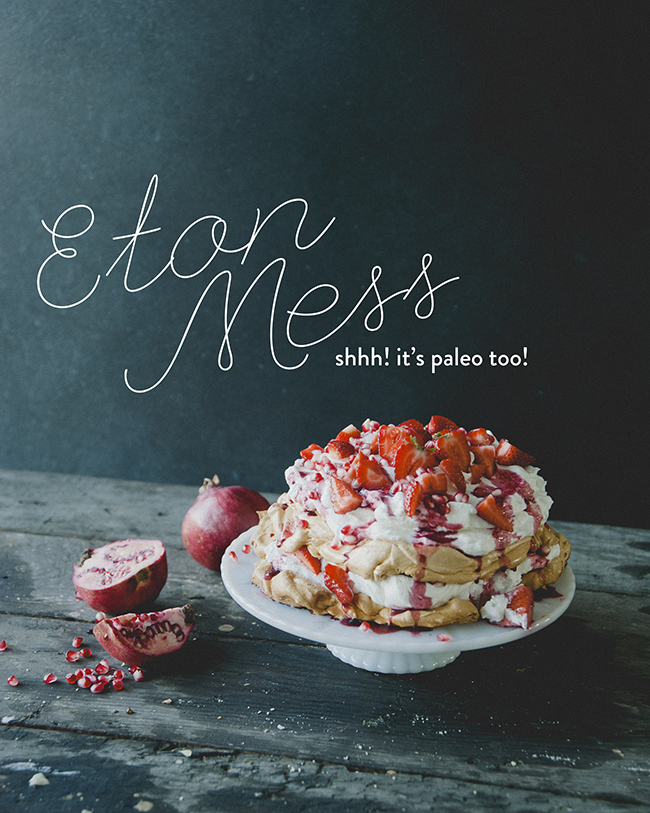 I’ve been really getting into paleo recipes recently, especially desserts. The idea of cutting out refined sugar, dairy, and grains seems like a big hurdle, but honestly, I love the creative challenge it presents. Honey works beautifully in this recipe, making a perfectly fluffy meringue. Piled high with coconut cream and fresh fruit, this dessert is not only a show stopper, but wonderfully fresh and light as well. 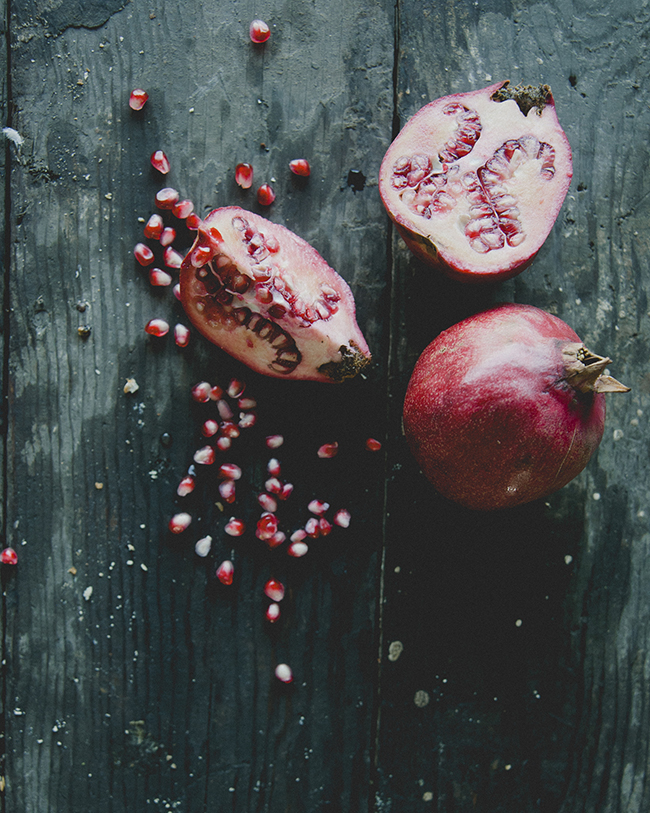 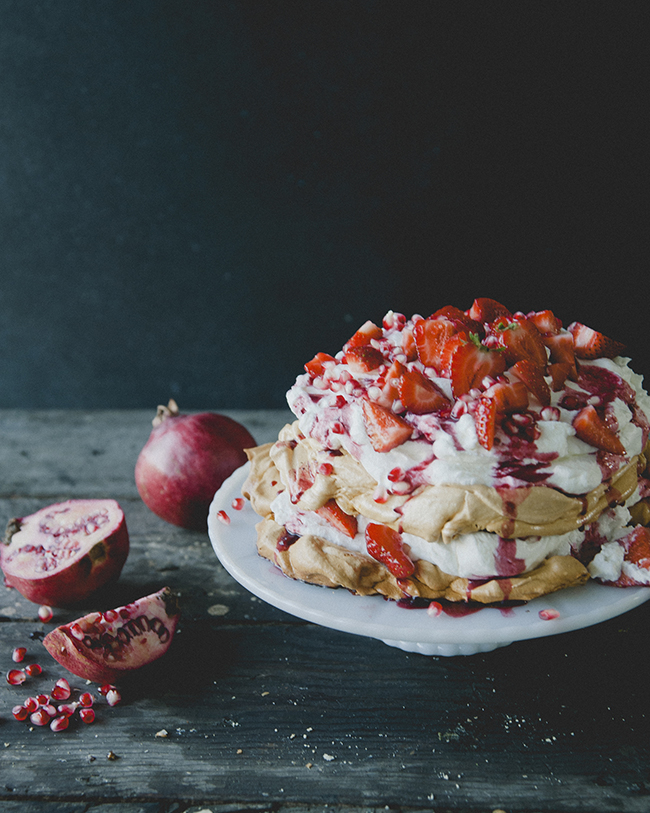 TO BUILD AN ETON MESS

To serve, place one disc of meringue on a serving plate, load up with coconut cream and strawberries, pomegranate seeds, and drizzle with honey. Add the other disc of meringue, and the remaining coconut whipped cream, strawberries, and another drizzle of honey. Enjoy immediately (the meringue will get soggy if it sits). Enjoy!

For the honey meringue, place the egg whites and cream of tartar in the bowl of a stand mixer fitted with a whisk attachment. Whisk the whites on medium speed to form medium peaks. Meanwhile, heat the honey in a small saucepan set over a low heat until it reaches a temperature of 250 F. Once at temperature, slowly add the honey in a steady stream to the egg whites. Increase the speed to high and whisk until the bowl is cool to the touch and the whites hold stiff, glossy peaks.

Line 2 large baking trays with parchment paper. Divide the mixture between each tray, then use the back of a spoon to shape and swirl it across the trays, leaving a 2 inch gap around the edges. Bake in the oven for 1 hour 10 minutes, or until crisp on the outside and a little soft and sticky inside. Once cooked, leave the meringues to cool.

For 3 cups of cream

Chill a mixing bowl and beaters in the freezer for at least 20 minutes. Using a spoon, skim the top layer of coconut cream from inside the can (about 2 cups of cream total from both) and place it in the chilled mixing bowl with coconut manna, coconut oil, honey and vanilla. Beat on low speed until small bubbles form, about 30 seconds. Increase the speed to high and continue beating until the cream thickens and light peaks form, about two minutes. Serve immediately or cover and refrigerate for up to four hours.