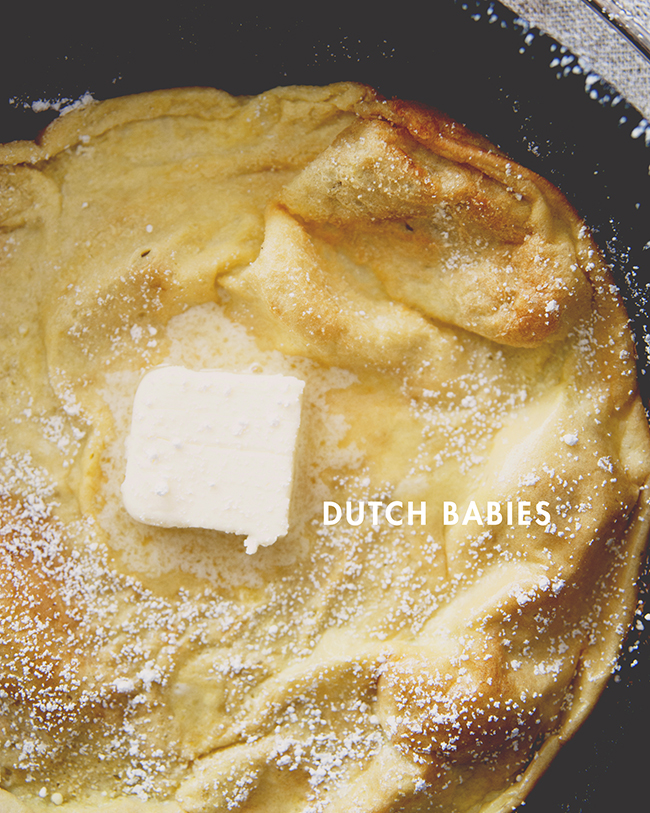 Well, I guess these aren’t really babies, as much as Big Babies, and not Dutch, so much as Deutsch, and honestly, maybe we should just call them North Western Pfannkuchen and call it a day.

Dutch Babies come from the Pennsylvania Dutch tradition, meaning, they’re German in origin, and were originally served in muffin tins, much like popovers.  But when a small diner owner in Seattle served them individually in a large cast iron pan instead, people reached for the syrup and haven’t looked back.

This is a recipe I adapted from Helen Brown’s West Coast Cookbook, published in 1952. What struck me was the tiny amounts of everything: 1/2 a tablespoon of randomness and a bunch of eggs. The result is a barely sweet, not quite savory puffy crepe.  For a larger, fluffier Dutch Baby, double the recipe, but I like how golden brown and crispy the single serving makes.  Cover the whole thing in powdered sugar and drizzle with a squeeze of lemon juice.  Top with gobs of butter and eat instantly.  The fluffiness is a fleeting and momentous occasion, so have your forks ready! 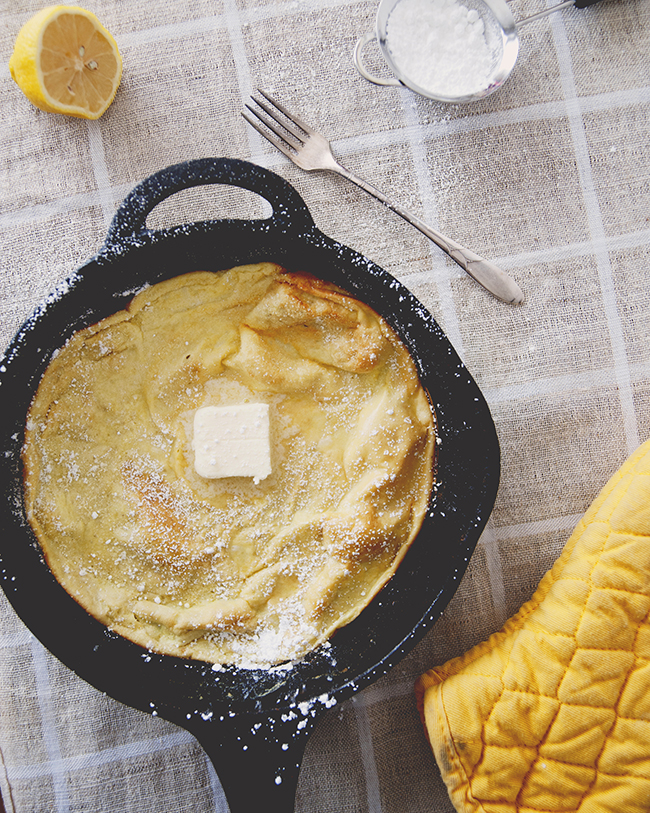 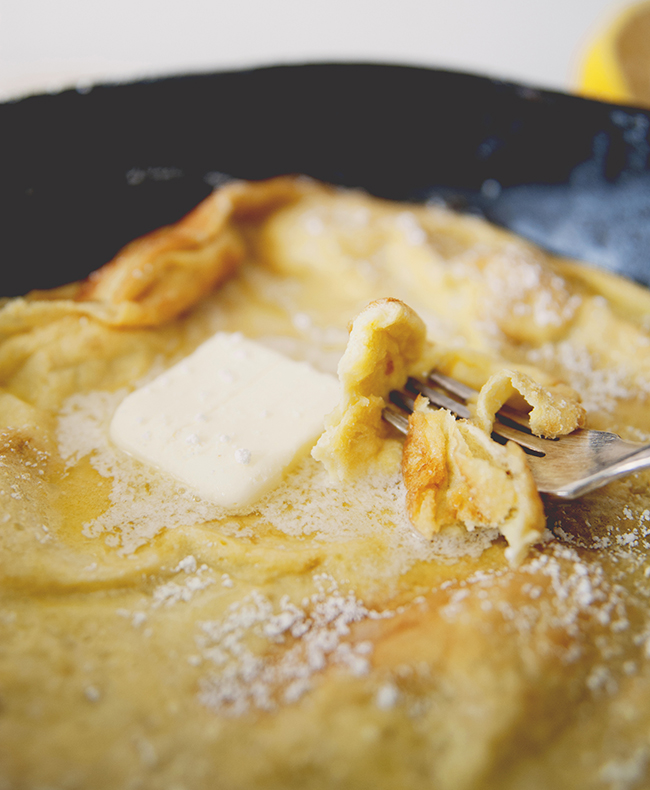 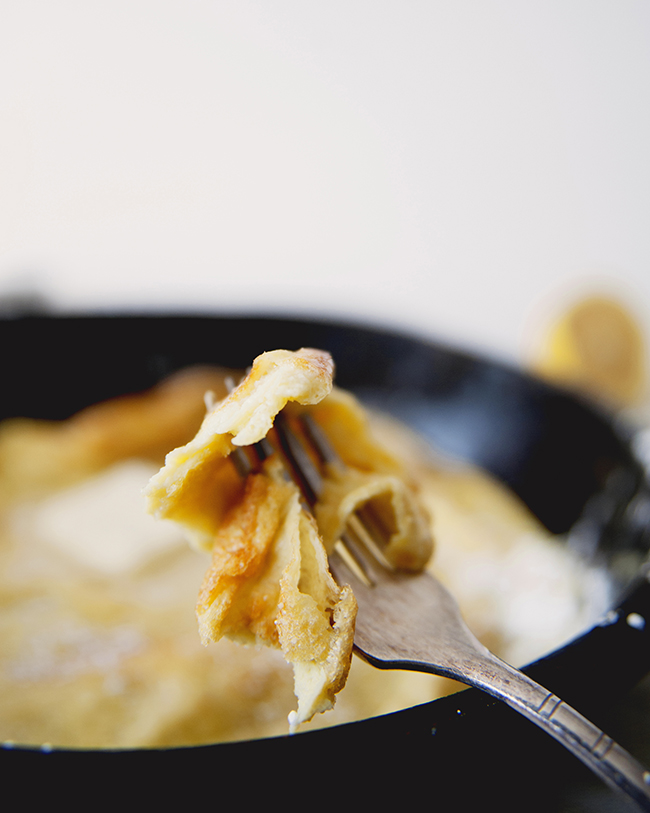 For one 9-inch pancake, made in a 9-inch cast iron skillet

1 tablespoon vegetable or canola oil, for greasing the skillet

1/2 tablespoon rum (or sherry or port)

Beat together the ingredients for a minute, until completely smooth.  Heat up a greased cast iron pan over medium high heat, and pour in the batter, cooking until set, about 1 minute.  Move the cast iron skillet into the oven and bake for 5 to 7 minutes until puffed up and golden brown on top.