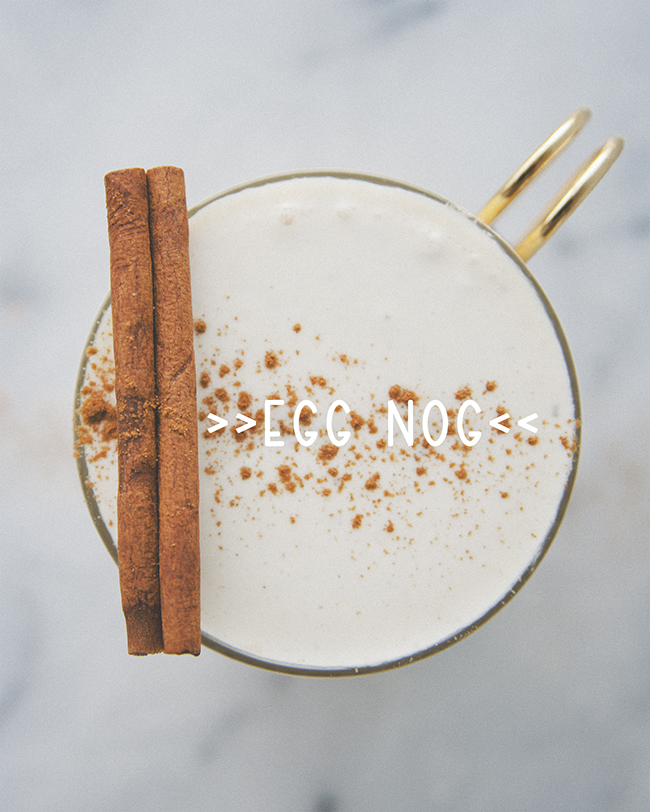 Egg nog is a bit polarizing.  Essentially, it’s melted ice cream with some booze, so if you like that sort of thing, you’ll love egg nog, if you don’t, you’ll hate it with the fire of a thousand suns.  I’m in the former camp. I love creamy, rich, dessert-y things with booze, so egg nog wins for me. Plus, it’s story is the perfect blend of mysterious provenance and American history.  In Colonial America, rum, which at this point was far and away our most popular and most produced liquor, was commonly called “grog,” so egg‘n’grog could have easily evolved to egg nog. Other experts insist that the “nog” is short for “noggin,” a small, carved wooden mug used to serve drinks in taverns. The grains of time continue to slip away, shrouding the truth in mystery…

The truth is, egg nog is an old English creation, based on a hot drink called posset, which consists of eggs, milk, and ale or wine. It was most popular among the landed gentry, who had plenty of eggs and dairy available. It translated easily to America, where farms and dairy products were plentiful, as was rum. Apparently, even George Washington was a fan,  and devised his own recipe that included rye whiskey, rum and sherry. When the supply of molasses to America was limited, which was what distillers would convert into rum, as a consequence of the American Revolutionary War, Americans turned to domestic whiskey, and eventually bourbon in particular, as a substitute. Who knew sipping on egg nog had anything to do with the triangle trade, 18th century taxes, and agrarian systems? Food nerd out! (insert mic drop here). 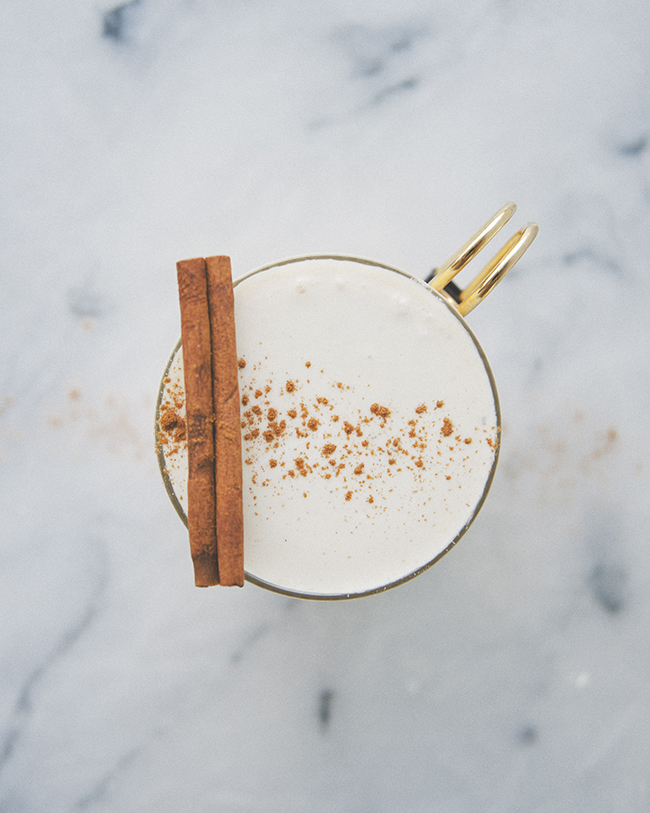 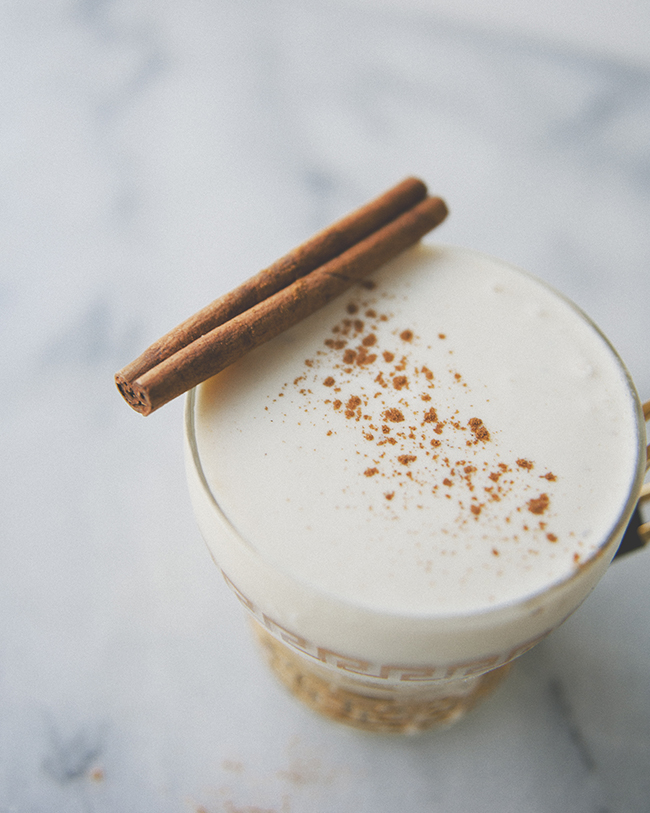 HOW TO MAKE EGG NOG:

Whisk the yolks and sugar until creamy. Mix in everything but the cream and let it sit in the fridge for a few days to age. To serve, stir in soft whipped cream and garnish.