So, here’s the deal. A million years ago my video for Avocado Toast popped up on Huffpo and the comments were overwhelmingly good. Well, mostly:

I actually laughed at this comment, because it’s so awesomely snarky. It’s perfect, because why do I need an entire video and recipe explaining how to make avocado toast? Avocado + toast kind of sums it up. Which basically proves the point of the video: It’s pretty! It’s about pretty avocados while Kenny Dorham plays in the background. It’s about small, easy pleasures, that you can whip up with minimal effort for maximum deliciousness. So to that end…

BOOM! Toast. I just took that snark and turned it into snarkle-ade. Delicious, sweet and sour snarkle-ade.

Obviously the comment wasn’t meant to be mean-spirited, but I just couldn’t pass up the chance to make a video dedicated to toast. And what delicious toast it is! Inspired by the bread seared on the same griddle as pancakes and bacon at Downtown LA institution The Pantry, it’s everything toast is supposed to be: crunchy, buttery, and just slightly savory. Can toast be a “best thing ever”? Obviously it can, when it’s made in the greasy spoon diner fashion. Bacon fat, butter, and a golden sear make this toast the most delicious thing on the breakfast table. 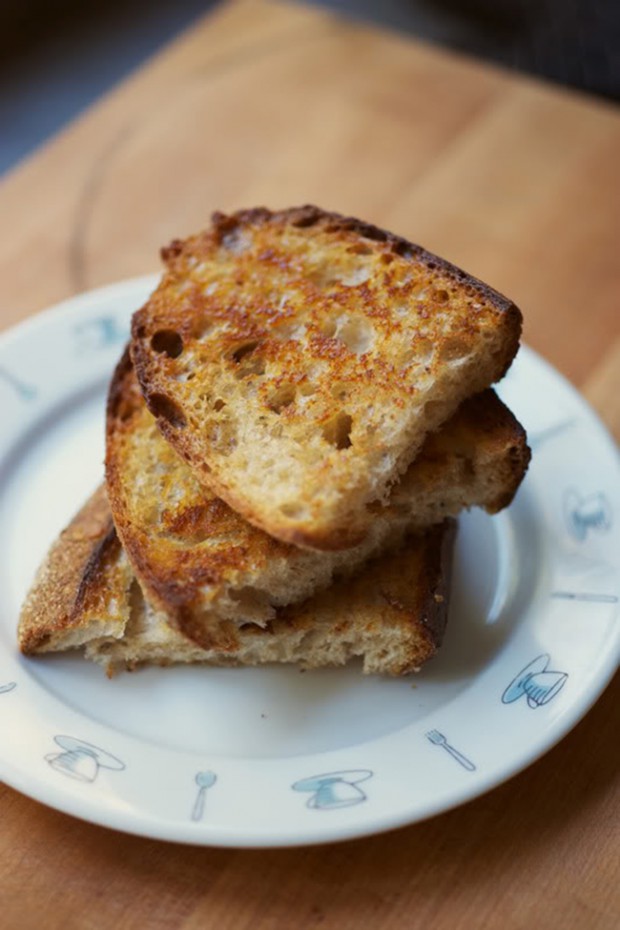 Cut the slices in half and butter them. Meanwhile, cook up some pieces of bacon over medium heat (save them to make the best fried egg sandwich ever) and drain off the fat. Place the bread on the griddle (or pan if you don’t have a griddle) and press down to sear. Flip when golden brown (this usually takes a minute or two) and sear on this side as well. Serve with butter if you really want to go to town.