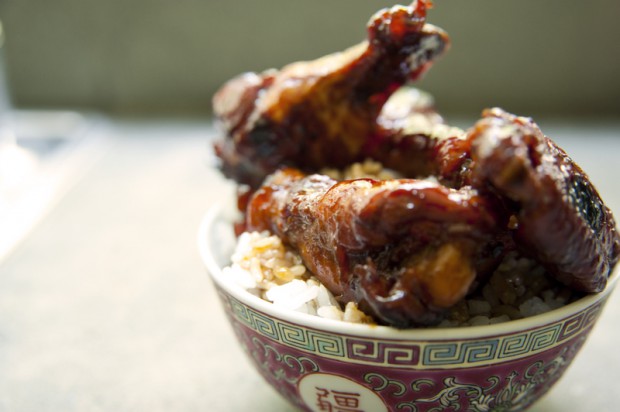 Henry’s Drummettes used to be my drummettes. But once you find a hand written recipe by your dad with “HENRY’S” scrawled across the top, the torch has most definitely been passed. To be fair, Henry has probably eaten his weight in drummettes several times over, opposed to my once or twice over, as they’re his go to, a close fourth to Chipotle, Domino’s Pizza, and Reddi Chick.

I know my mom has made these sticky, crusty little legs for me in the past, but for some reason they read as such a “dad” meal. One dirty dish, little fuss, and entirely satisfying in that finger licking, five napkin way. So the boys have officially taken over this Thomas recipe, and I’m very ok with that. It means I’ll have something decent to eat when I visit Henry in the dorms next year, and it gives me another excuse to post one of my dad’s hand written recipes, left behind for someone else to make. 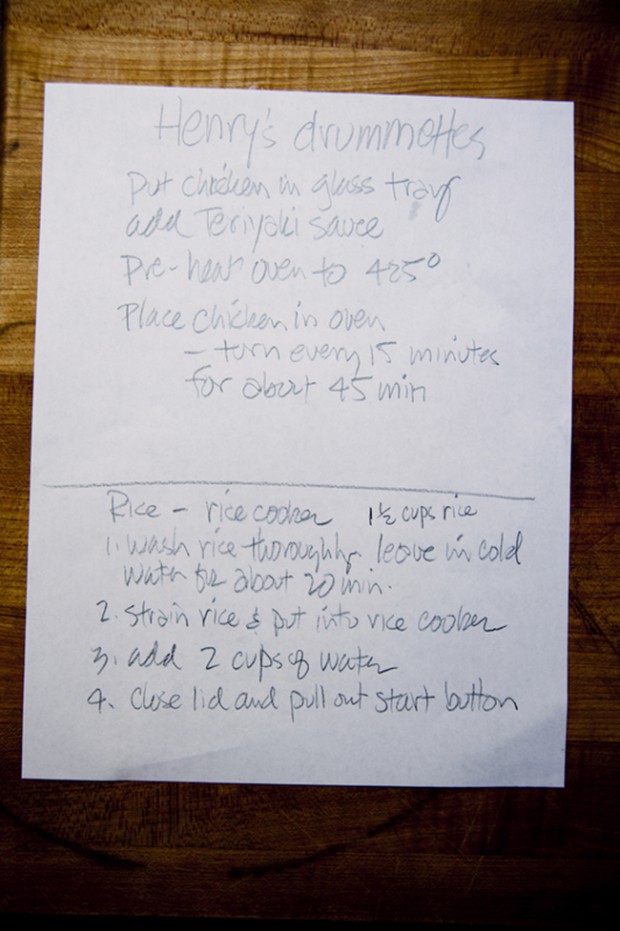 Random aside: how great is his handwriting? His a’s and f’s are my favorite. 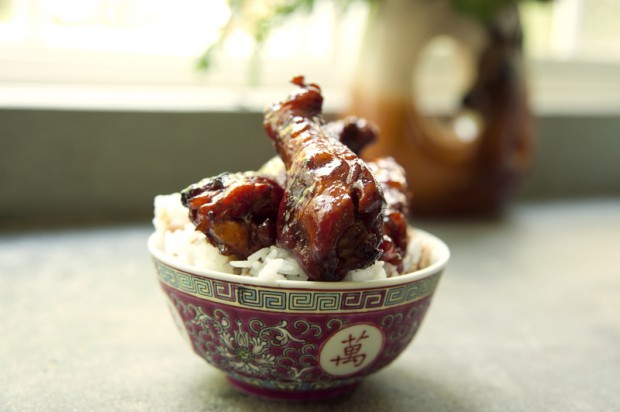 Wash the rice thoroughly and leave in a bowl of cold water for about 20 minutes. Strain the rice and rinse. This makes the rice clump together nicely and have a finer texture. Cook with 2 cups of water in your rice cooker, or if you’re doing it on the stove, heat in a pan with 2 cups of water over medium high heat, until boiling. Immediately turn to simmer and cover, cooking for about 15-20 minutes, or until the rice is fully cooked. Take off the heat and leave covered for 10 minutes. Fluff and serve.

For the chicken, put the drummettes in a glass 9 x 13 dish and cover with teriyaki sauce. Coat the drummettes thoroughly (the entire dish should be covered in sauce as well). we usually use at least half a bottle. Pop it in the center of the oven and bake for 45 minutes, turning every 15 minutes. We like ours VERY crispy, so at the end, turn the oven up to broil for a minute or two, until the skin crisps up. Serve on top of rice with soy sauce and sriracha. Enjoy!