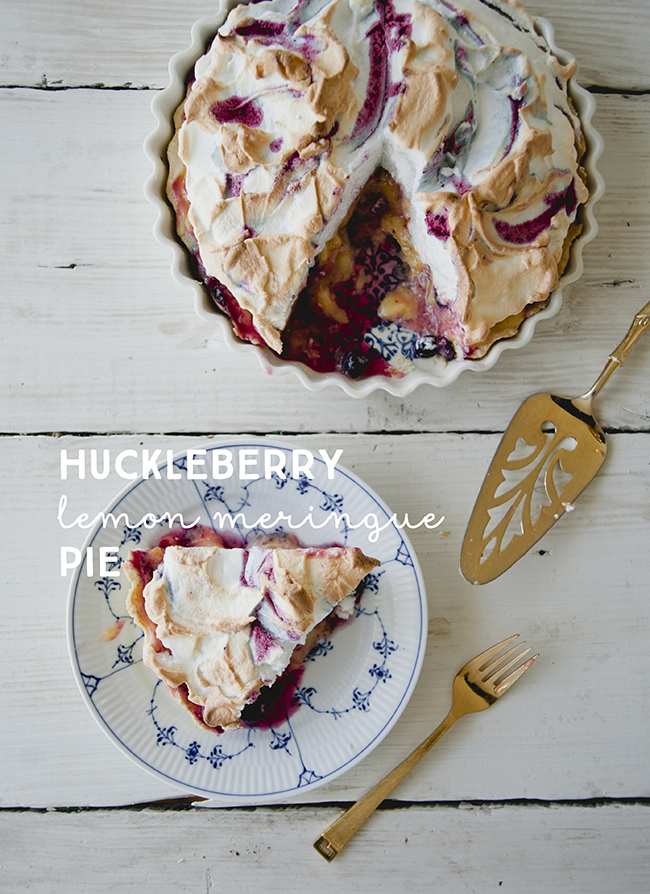 “In three weeks I was a good waitress, in six weeks I felt like I’d worked in a restaurant all my life. And in three months I was one of the best waitresses in the place. I took tips and was glad to get them. And at home I baked pies for the restaurant,” says our hero, recently divorced Mildred Pierce. Who knew baking some pies could lead to fortunes won and lost, romantic scandal, and murder?

She finishes her thought saying, “Only one thing worried me – that someday Veda would find out I was a waitress.” More on that later.

If you haven’t seen the 1947 classic, Mildred Pierce, starring Joan Crawford and co-starring Joan Crawford’s eyebrows, you’re missing out on some classic cinema melodrama. It follows the life of a very average woman who encounters tragedy, only to overcome it with pluck and ingenuity. Unfortunately, she’s saddled by the worst daughter a mother could ask for, cruel, arrogant, Veda.

When Veda finds out her mother has, quel horreur, been working as a waitress to pay her single mother bills, she cuttingly asks, “Aren’t the pies bad enough, did you have to degrade us?” See? The worst. Mildred rises above it to build an empire, take on a truly lame boy toy, and deal with Veda in a spectacular fashion. All because of some homemade pies.

In James M. Cain’s novel, the film’s source material, Mildred’s specialities include lemon, peach, cherry, pumpkin, apple and huckleberry pie. One admiring customer notes that the meringue on Mildred’s lemon pie “looks two inches thick’ and ‘by noon, the lemon pie was a few smears of filling in an empty plate.” Her huckleberry and lemon meringue pies don’t feature specifically in the film, but it’s summer, and it’s in the book, so I figured I’d take some artistic license. Here’s my take on two of Mildred’s classics: Huckleberry Lemon Meringue Pie with at least two inches of meringue on top. Enjoy! 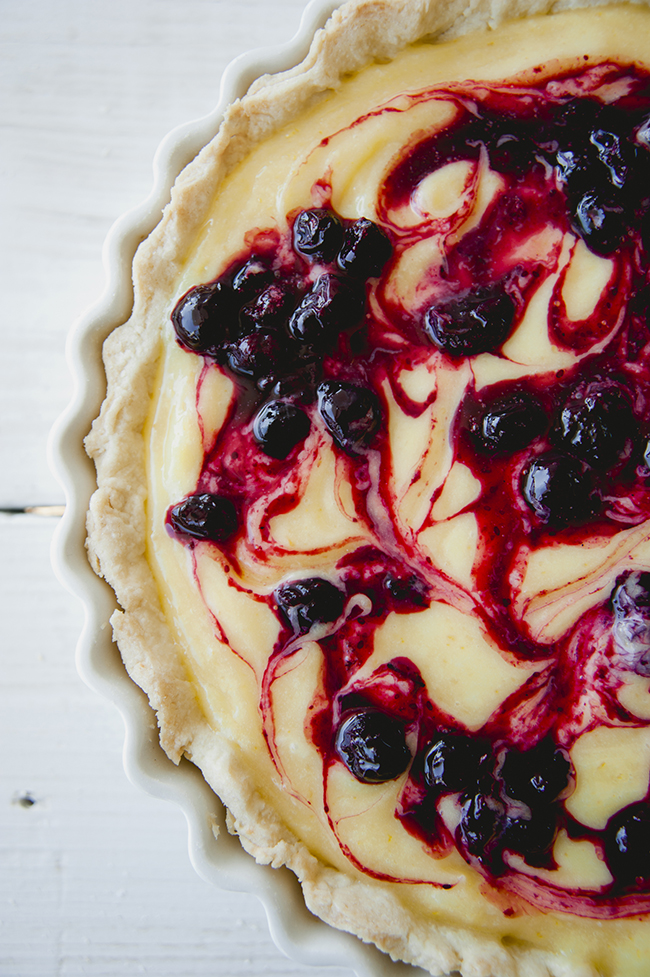 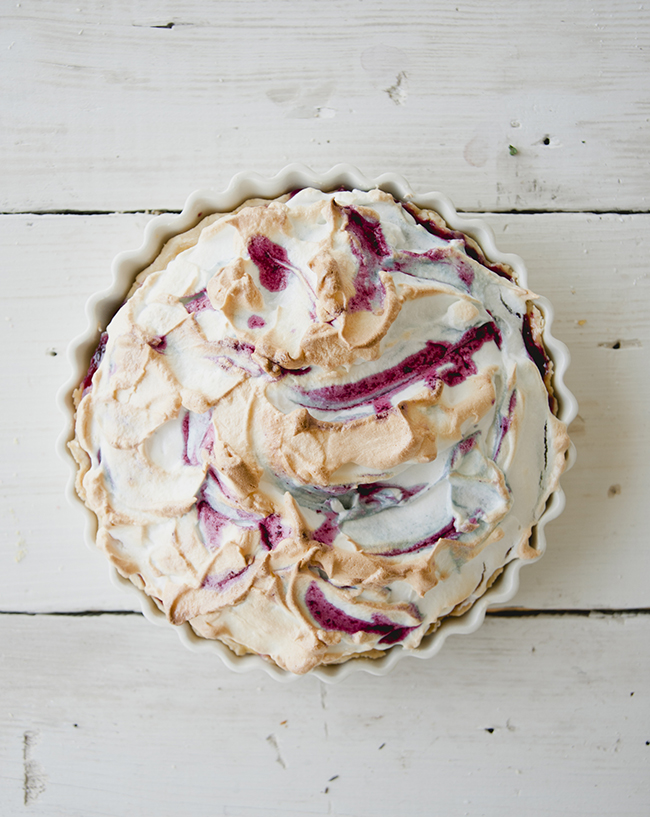 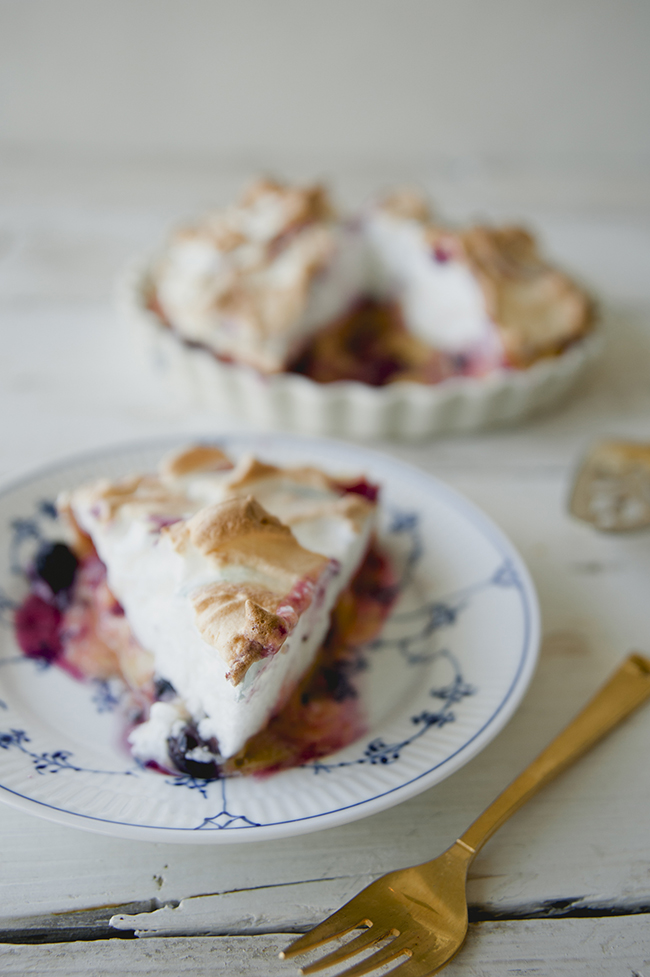 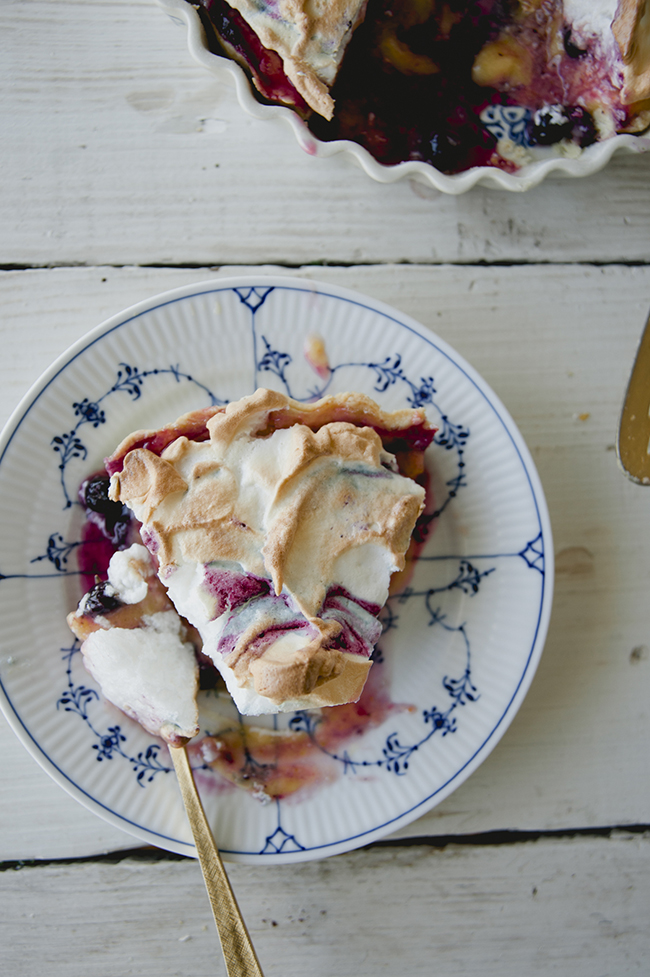 Whisk together juice, zest, sugars, and eggs in a 2 quart heavy saucepan. Stir in butter and cook over moderately low heat, whisking frequently, until curd is thick enough to hold marks of whisk and first bubble appears on surface, about 15 minutes. Pour into the prepared pie crust, use the back of a spoon to spread in the huckleberry swirl, cover with plastic wrap, and chill in the fridge until set.

4 half pints huckleberries (or blueberries)

Sterilize 2 pint jars. Combine everything in a bowl to coat, and then heat over a medium flame until the blueberries liquify and if you stir a spoon through it, you can see the bottom of the pan for a beat. Basically, it should look kind of syrupy. Pour into the jars, tighten the lids, and flip upside-down until room temp. Keep refrigerated.

Spread onto the pie. Use the back of a spoon to create peaks.

Bake at 400 for 10 minutes, until golden brown. Set aside the meringue on the counter until cool. Slice and serve.