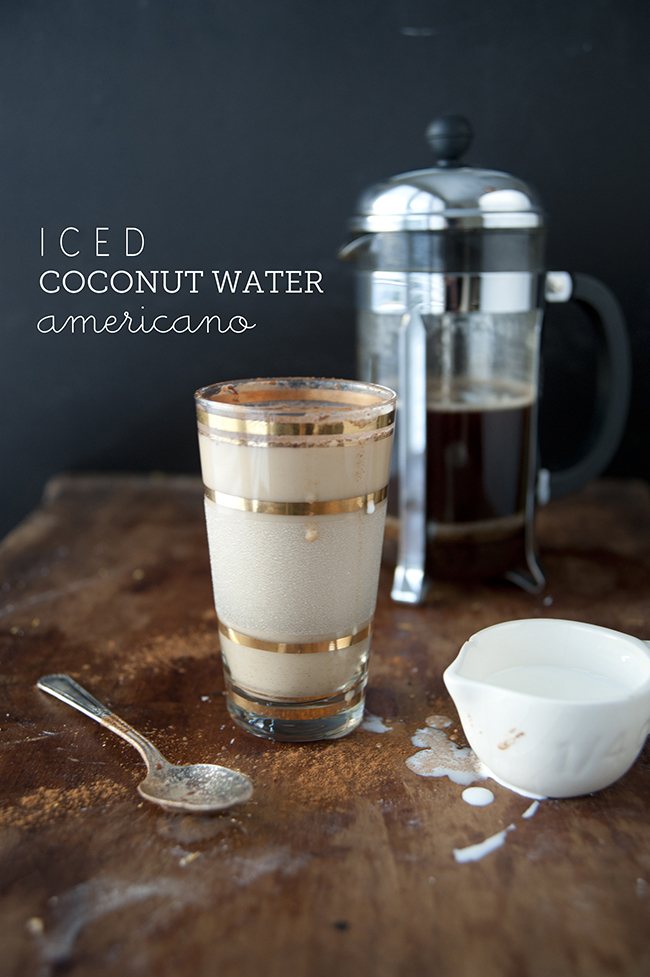 This sounds a little crazy, I know, but roll with me here.  While wandering Queen Street West in Toronto, the damp summer sun beating down on my auburn head, I stumbled upon an adorable coffee shop called R2.  The drinks and charming baristas were refreshing, especially this goofy little number.  I don’t remember exactly what went into it, but the combination of coffee and coconut water was intriguing enough that I had to try it.  With a touch of cinnamon and some half and half, it was pure deliciousness.  The coconut flavor just pokes through the espresso, and the residual sugar gives it enough sweetness that no sugar packets are necessary.  Perfectly unique and a refreshing drink to serve from a pitcher.  Enjoy! 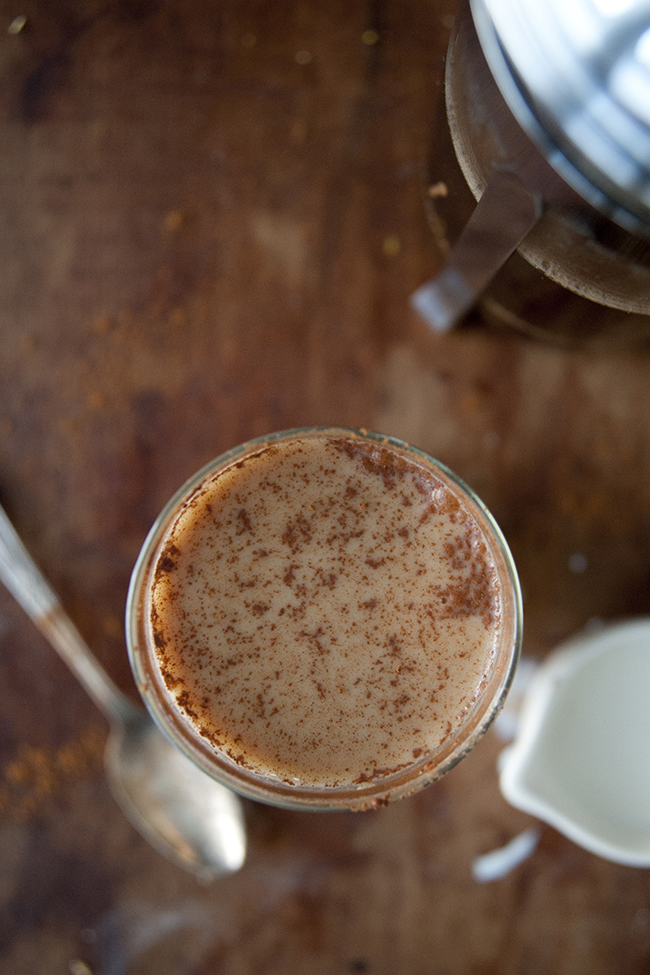 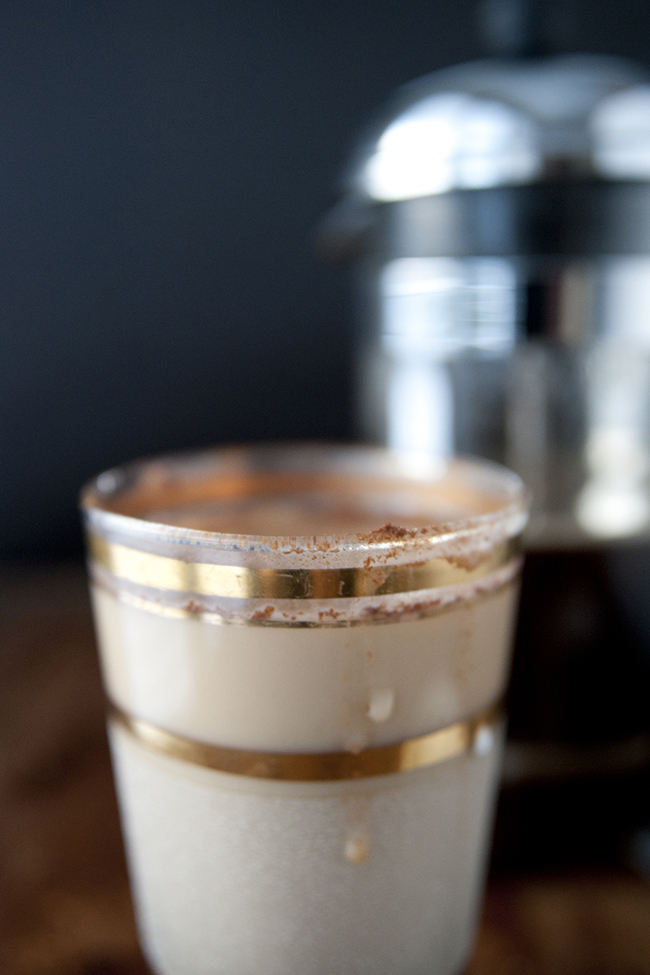 1 ounce half and half

Combine the espresso, coconut water, and 1/4 teaspoon of cinnamon in a glass.  Add plenty of ice, then top with half and half and the remaining cinnamon.  Enjoy!