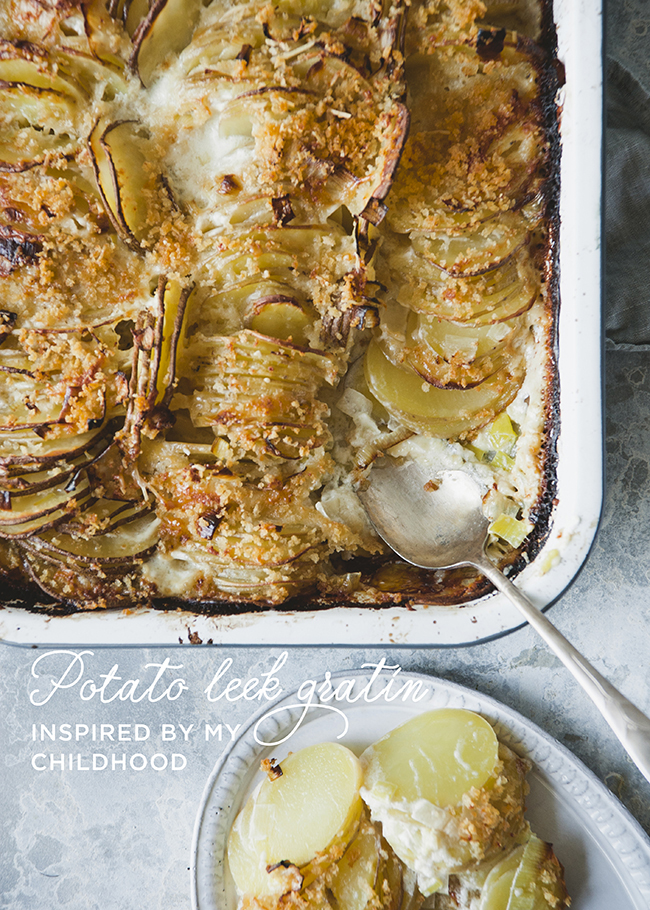 Cold, wet weather reminds me of my days skipping school with my mom. She would tell my siblings and I, “You can’t go outside – you’re made of sugar and you’ll melt!” and that was that. We were good students, so she’d let us take those kind of liberties as long as there wasn’t a test that day. Also, I’m pretty sure staying in her robe and skipping the drop off line in the rain had its own appeal to her. On days like this there were a few dishes she would make: tuna patties, chicken marbella, steak sandwiches, and, her potato leek soup. I loved the creamy, simple flavors of this soup and always asked for extra bread to mop up whatever was left at the bottom of the bowl. Now it’s time to revisit this classic dish – but with a twist. Instead of serving soup, I thought these flavors would be perfect in a potato gratin. To get maximum crunch, I flipped the potatoes on their side and do a final roast to crisp them up. They’re absolutely delicious, and just as cozy as a bowl of my mother’s soup. 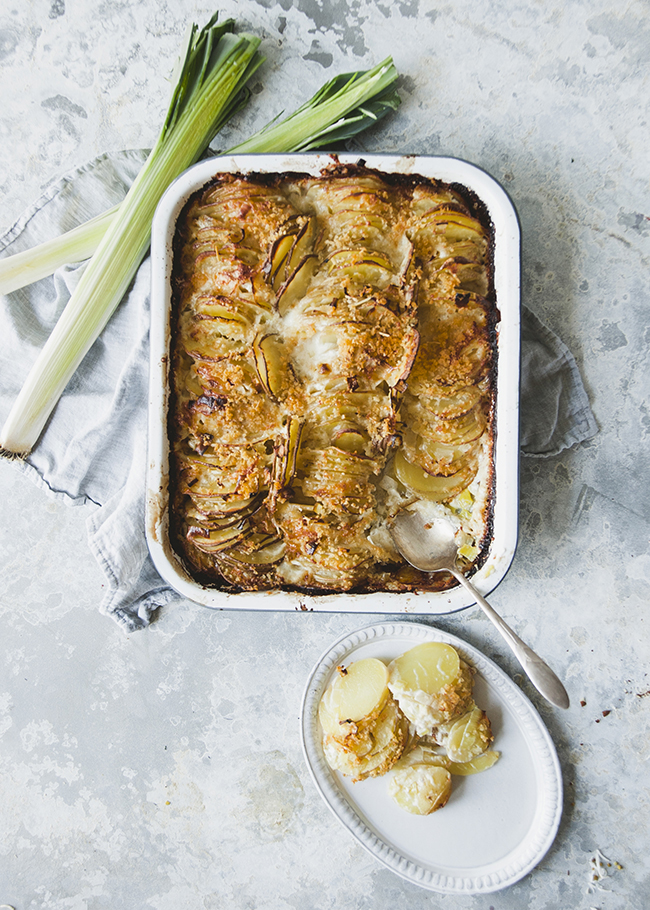 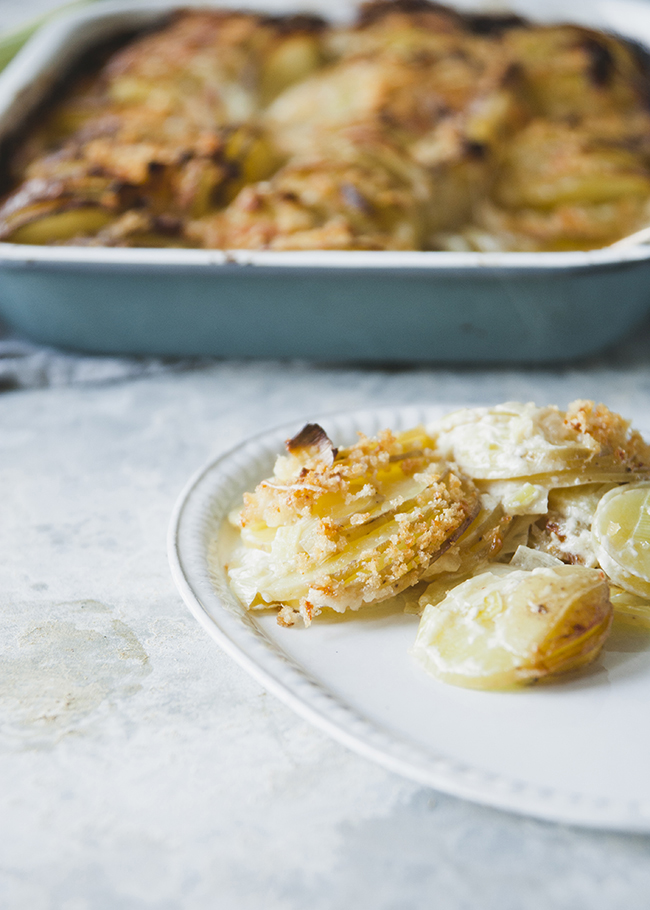 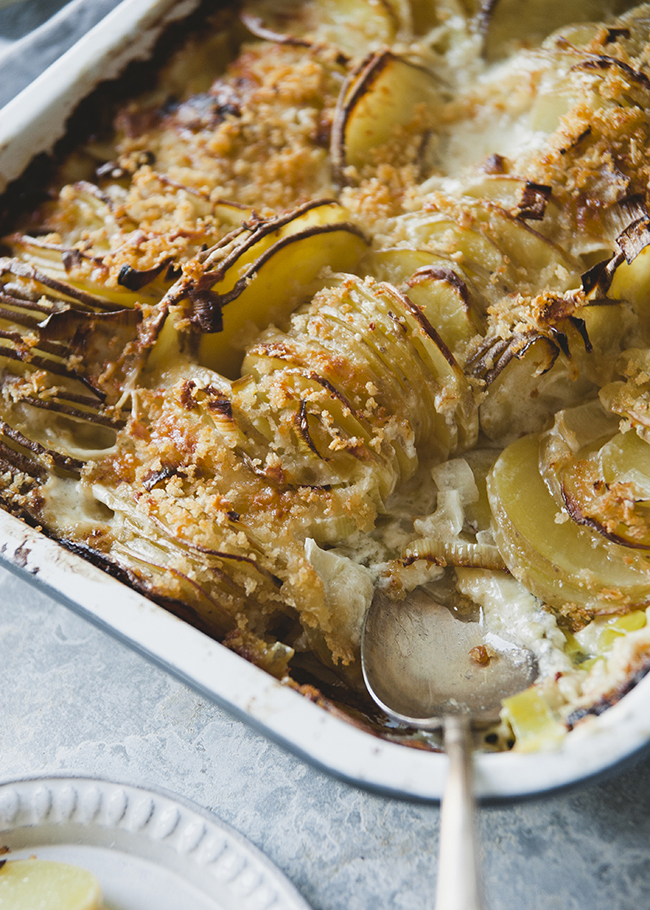 Combine all of the cream ingredients with the cream in a small pot. Bring to a simmer, then turn off heat and let everything steep for 30 minutes. Strain before use.

Adjust oven rack to middle position and preheat oven to 400°F. Combine cheeses in a large bowl. Transfer 1/3 of cheese mixture to a separate bowl and set aside. Add cream to cheese mixture. Season generously with salt and pepper. Add potato slices and leeks and toss with hands until every slice is coated with cream mixture, making sure to separate any slices that are sticking together to get the cream mixture in between them.

Grease a 9 x 13 inch baking dish with butter. Pick up a handful of potatoes and leeks, organizing them into a neat stack, and lay them in the casserole dish with their edges aligned vertically. Mix the leeks in throughout, but don’t worry about it too much, since you’ll pour the remnants over the pan. Continue placing potatoes in casserole, working around the perimeter and into the center until all potatoes have been added. Potatoes should be very tightly packed. Pour excess cream/cheese mixture evenly over potatoes until the mixture comes half way up the sides of the casserole.  Mix together the butter and panko bread crumbs and sprinkle over the casserole.