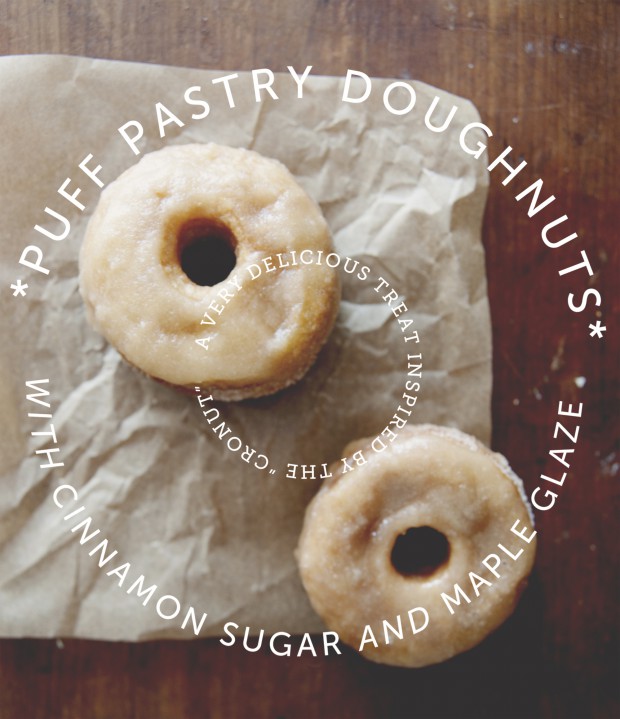 If you’re of a zeitgeisty persuasion, you’ve heard of the “cronut.”  Trademarked by Dominque Ansel, the evil genius chef behind it, the cronut has taken New York as its prisoner.  Domination of this swift hasn’t occurred since Magnolia first unleashed its cupcakes.  But it’s a loving ruler, the cronut.  Now in the sweet, sugar induced coma of a pax cronut, New Yorkers find themselves shuffling to Soho at 4:30 a.m. to wait line for the very limited (only 300) cronut available each day.

In a Spartacus-esque effort to free you from this Cronut tyranny, I went in my kitchen and set out to make my own.  I certainly can’t call it a cronut, as that’s Domique Ansel’s invention, but I’ll call mine a puff pastry donut, inspired by the original.

Here’s the problem though…I’m actually pretty lazy. I DO NOT WANT to make my own croissant dough.  I’m sure it’s worth it, and if you’re feeling ambitious, knock yourself out, but I wanted lowest common denominator cronuts.  A cronut for the people, you might say.  So to the freezer section I go!

The results were delicious.  Crunchy and flaky on the outside, soft and fluffy inside, this not too sweet creation was exactly what I hoped for.  I didn’t go as far as filling mine, you’re welcome to try it if you’re so inclined.  Just put pastry cream in a pastry bag, shove the tip into the top of the cooked puff pastry donut, and squeeze to fill. Then glaze to cover up the spots.

I hope you enjoy my franken-donut, and thanks Dominque Ansel for the inspiration. I’m sure mine isn’t at the same level as an actual cronut, but it’s better than no cronuts at all. 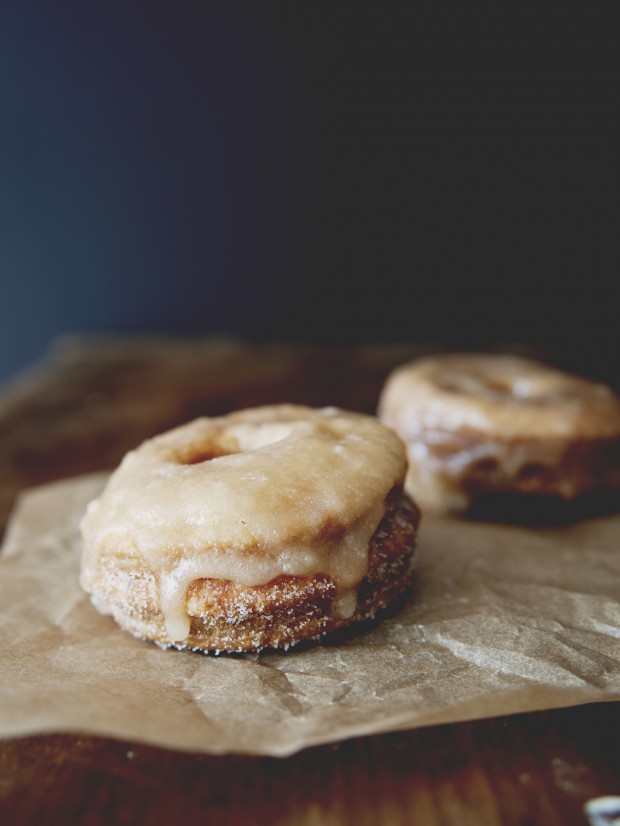 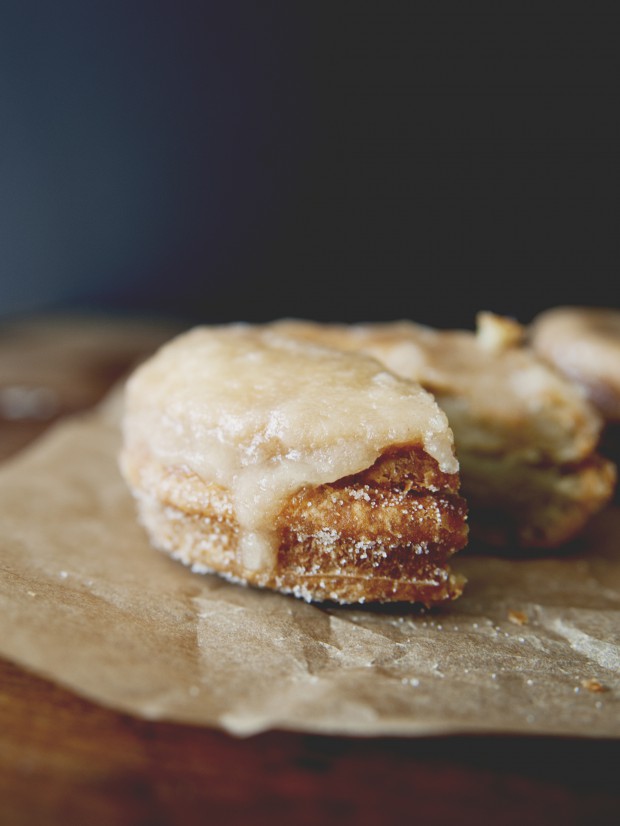 Take the defrosted sheets of puff pastry, still folded from the box, and lightly dust with flour on both sides.  Roll horizontally and vertically until expanded about a 1/4 inch around, and brush the face up layer with the beaten eggs.  Fold the puff pastry in thirds, as you would a letter, so the top and bottom faces of the puff pastry aren’t eggy, but the layers are all stuck together. Pop back in the freezer for 15 minutes to set.

Put the donuts 3 at a time in the oil, cooking for 5 minutes, then flipping to cook the other side for another 2-3 minutes.  They should be a deep golden brown all over and quite puffed. Drain on a paper towel and fry the rest.

Combine the cinnamon and sugar, and toss the donuts in the mixture to coat.  Meanwhile, for the glaze, melt the butter in a small pot, add the powdered sugar, maple syrup, and vanilla extract.  Let it simmer until the sugar is fully dissolved.  Take the donuts and dunk their tops in the glaze.  Cool slightly and devour.