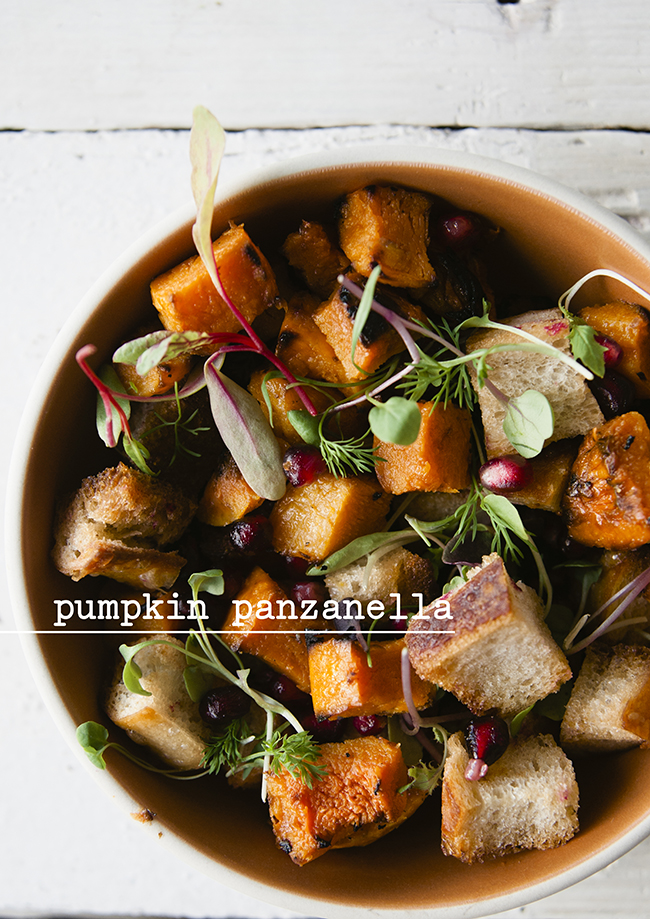 I have spoken many times about how I’m not a salad person. I get about halfway through, and then filled with malaise and ennui, loosely drop my fork to the side and zone out. I just. Can’t. Finish. It. Something about chewing through that much roughage leads me to distraction. I would rather eat almost anything else.

But, panzanella gets a pass. Basically any “deli style” salad, which is more vegetable than greens, gets a pass, but panzanella especially. Why, you may wonder? Because panzanella is mostly bread, and I will eat bread whenever – especially when it’s a bread salad.

Panzanella is a Tuscan creation, a recipe that stretches out the usefulness of a stale loaf.  In this pumpkin panzanella recipe, I gave it an autumnal twist, with roasted pumpkin and fresh pomegranate seeds. It’s a wonderful mix of rich, caramelized flavors punctuated with bright ones. Enjoy! 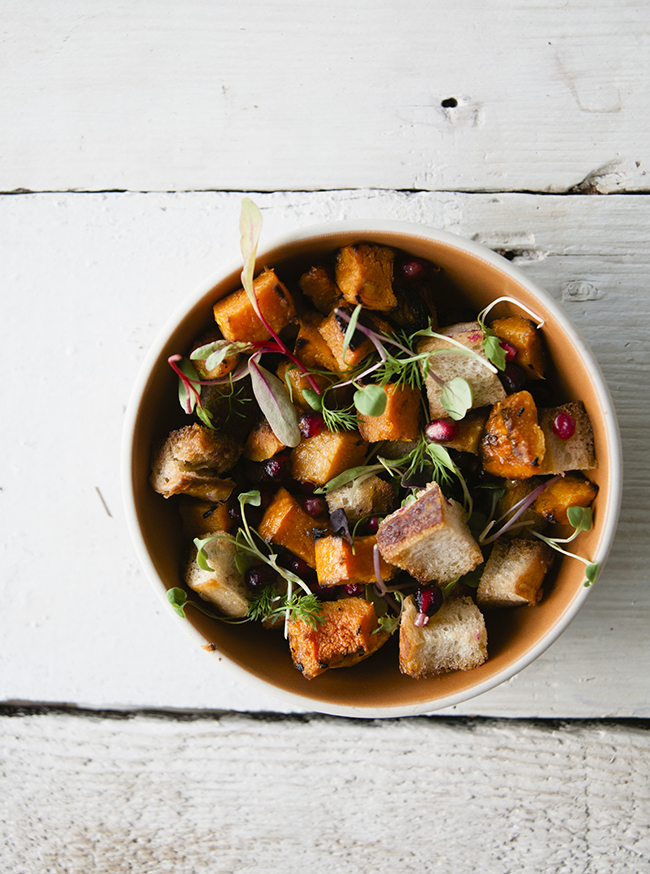 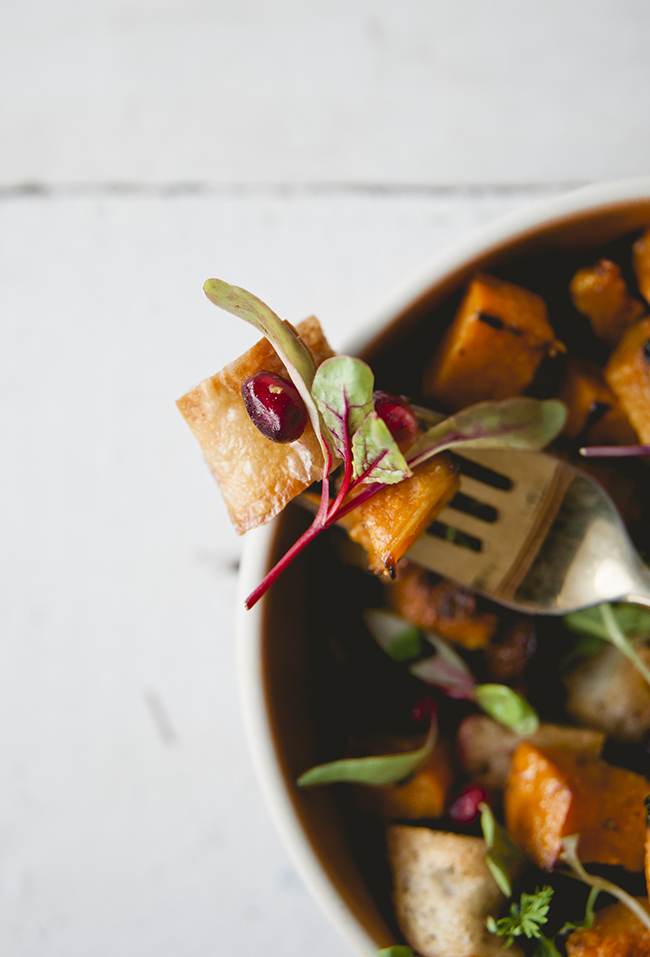 Coat the pumpkin in olive oil and season with a little salt and pepper, separately do the same to the sourdough. Pop both on separate trays, toasting the bread for about 10 minutes, and the pumpkin for 20 minutes, or until tender and caramelized. Set aside.

In a large bowl, add in the sourdough cubes and the balsamic vinaigrette, tossing to coat. Let the bread soak in the vinaigrette for about 15 minutes. Then add the remaining ingredients, tossing to mix. Enjoy!