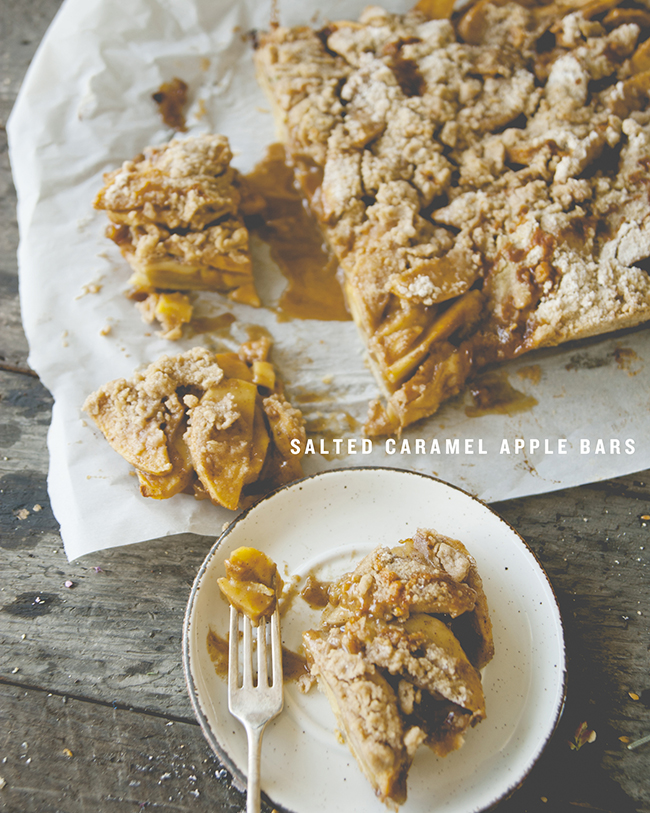 When you think about the “birth of rock and roll” a few images may come to mind: Elvis’s hips, mostly, and maybe “Rock around the Clock” or Chuck Berry. You probably don’t think of Glenn Ford getting into a classroom showdown with an “anti-social” student.

What I love about Blackboard Jungle is that it’s a perfect “movie of its time.” Released in 1955, it’s about rebellious teens at an inner city high school, and the teachers trying to keep a lid on things. It tackled race issues, with a star-making turn by Sydney Poitier, kick started the concept of “teenage rebellion” as a cultural movement, and cemented rock and roll as the zeitgeist by opening the credits with a little B-Side titled “Rock Around The Clock.” The song was cut in some cities because it was considered a bad influence, and in fact, violence and vandalism broke out at some screenings.

The wonderful thing about movies like this one, though, is that they are so of their time they’re practically calcified in amber. To watch it now is to be condescendingly amused. How on earth could a film like this incite violence? It’s so…charmingly benign.

But if you’re a fan or rock movies, teen-sploitation, Sidney Poitier, tight sweaters, or ambitious classroom dramas – you’ll dig this movie. Inspired by the “apple for teacher” cliche, I thought a great way to pay homage to this classic movie, and celebrate the new school season, was with these delicious salted caramel apple bars. Gooey, crisp, and pure heaven all at once, they just might incite a classroom riot of their own, but for completely different reasons. Enjoy! 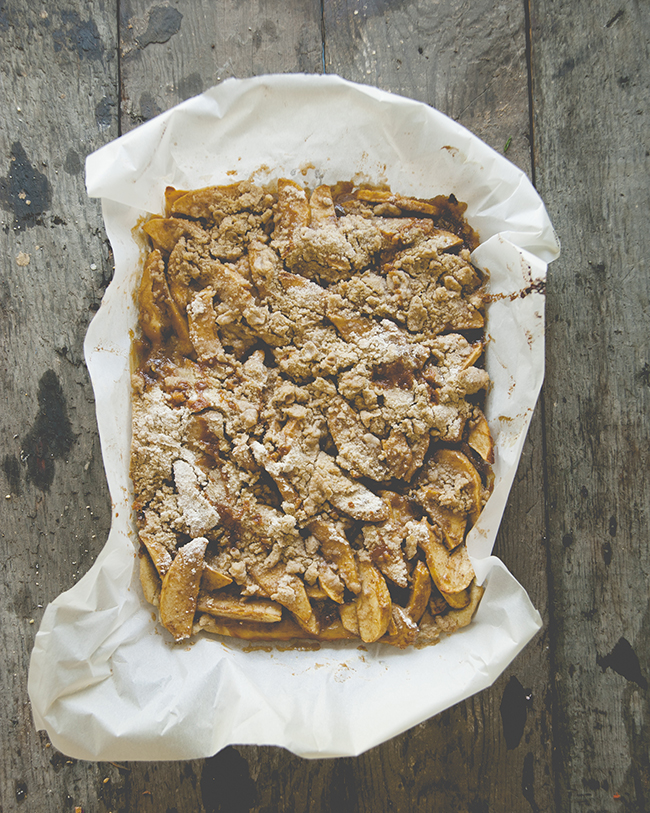 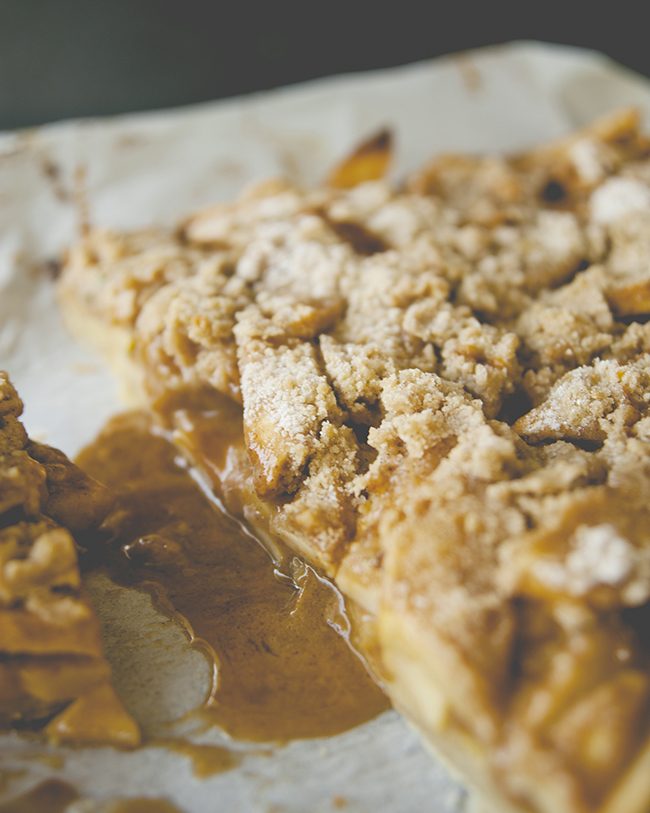 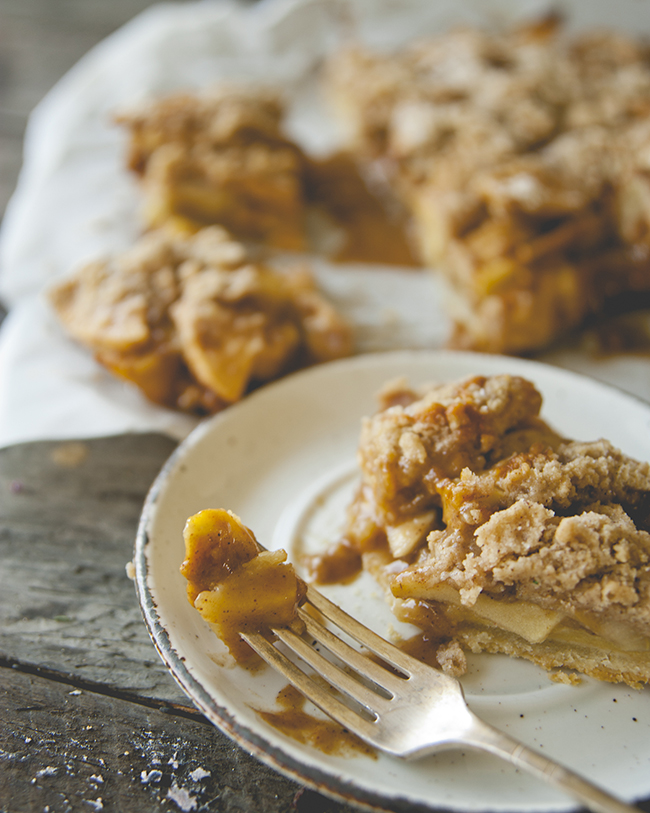 Combine the apples, flour, sugars, cream, vinegar, salt and spices in a bowl, until everything is lightly coated. To roll out the dough, let it sit at room temperature for 5-10 minutes. Sprinkle some flour on top of the dough as well as the surface you’re rolling on. Roll out to a 12 inch circle, about 1/8 of an inch thick. As you roll out the dough, use a metal spatula to check if the dough is sticking to the surface below. Add a few sprinkles of flour if necessary to keep the dough from sticking. Roll the dough up onto the rolling pin, like a spool, and place onto a 9 x 13 inch pan. Gently unroll and press down so the dough goes to the edge. Fill with the apple slices, mounding a bit in the middle, and cover with streusel.

Bake for 30 minutes or until golden and bubbly.

Using your fingers or a food processor, combine the flour, sugar, salt, and cinnamon and then mix in the butter until crumbly. Place on a baking sheet with a silicone mat and bake at 350 F for 10 minutes. Break apart and mix the streusel up, and bake for another 10 minutes or until golden brown. Crumble and cool.

For the caramel sauce, heat the sugar in a saucepan over medium heat, until the sugar turns golden. Stir until all of the sugar is dissolved and just starting to turn a lovely amber color.

Turn heat to low, add the butter, and stir to combine. Careful, it’ll foam up. Then add the heavy cream, vanilla extract, and salt stirring to combine. You’ll cook the sauce for about 5-10 minutes, until it comes together. It’ll take quite a bit of stirring!

Pour the caramel into a glass jar, let it come to room temperature, and store in the fridge for up to two weeks. Pour over everything and anything!