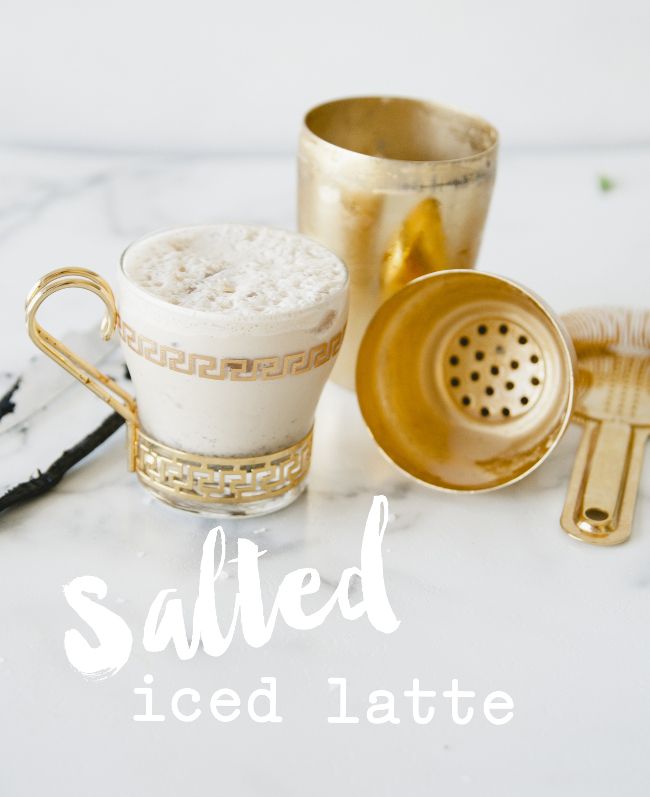 Ok guys, this is a little vulnerable for me, but…I’m a coffee wuss.

I so badly want to love new world style lemon + blueberries syphon coffee, but in my heart of hearts, I’m a French roast girl. I want round, honeyed flavors, like hazelnut and dark chocolate. I don’t want my coffee to be “challenging.”  Imagine the kind of wine you can put ice cubes in and still enjoy – that’s what I want from coffee.

At home, I have my perfect blend – half Philharmonic from Philz and half Chocolate Truffle beans from Funnel Mill ground together. Both blends use oils (hazelnut and cacao, respectively) to add a bit of flavor, but no sweeteners or weird stuff beyond that. So when I’m at my local coffee shop, and I’m wondering whether I need to get a latte (which is almost always too milky) or risk it and get a cappuccino (which is usually too acidic and then I take 5 hours to drink it – no joke), I find myself wishing there was a simpler way to mellow out my brew.

Praise the internet, because I came across a little coffee hack that does EXACTLY that. Adding a pinch of salt to your coffee. It sounds weird, but when you’re looking for a way to make your coffee smoother without the desperate attempt of adding sugar (and let’s be honest, adding sugar never changes the bitterness or acid of a cup of coffee, the same way an air freshener never removes the odor in a room), salt may be the perfect device.

Here’s the science I picked up from Quartz,

“It works because common salt is sodium chloride, and when mixed in an aqueous solution it liberates sodium ions. These ions, a study in Nature showed, suppress bitterness, enhancing coffee’s flavor. Because all we need is sodium ions, if you are sensitive to salty flavors, you can even use sodium acetate (which is less salty than common salt, and which you can make at home with vinegar and common salt) to do the job. Consider what sodium acetate does to a mixture of sucrose (sweet) and urea (bitter).

If the idea still sounds weird, consider that there are entire countries—Turkey, Hungary, and Sweden—where salt is added to coffee as a matter of routine. And this trick works not just for coffee, but to mask bitter flavors in other substances, such as tonic water.”

I tried it myself and I love it. It mellowed out a rather punchy cup of coffee, and I was able to use way less milk than usual. Here’s the thing though – use just a pinch! If you go crazy, it will taste like salty coffee.

I dressed up a version of this by adding some vanilla bean and shaking it in a cocktail shaker to get an amazing frothy texture. Enjoy! 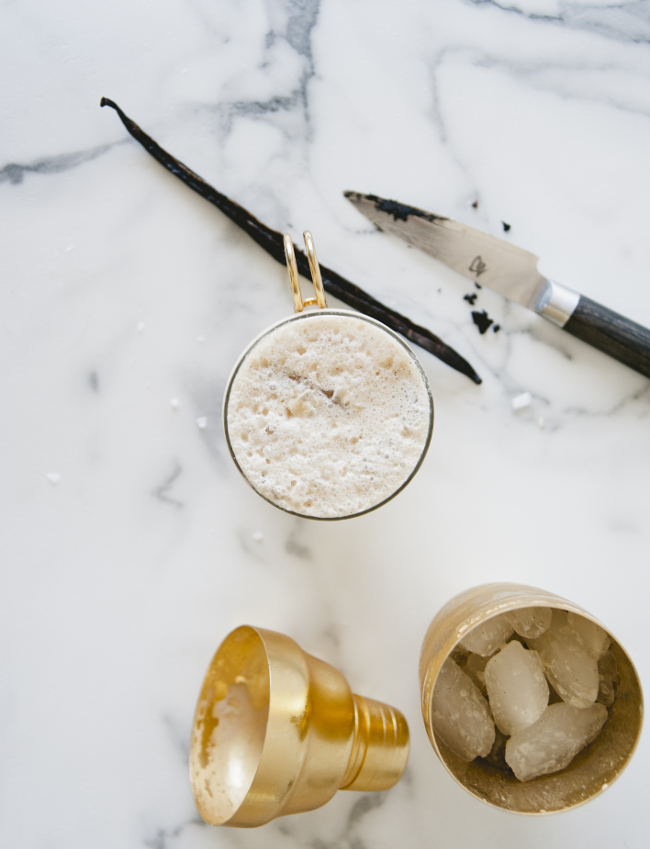 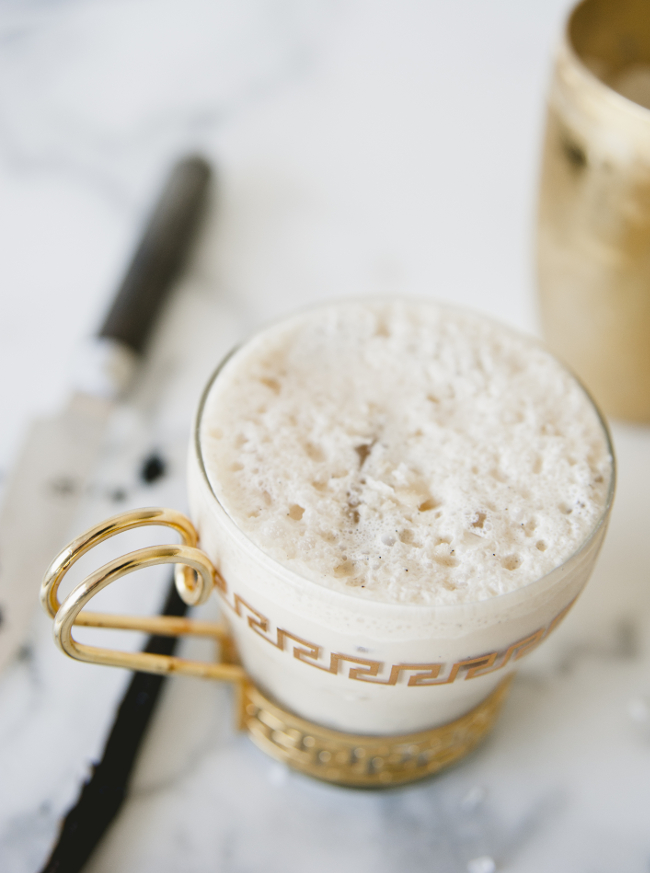 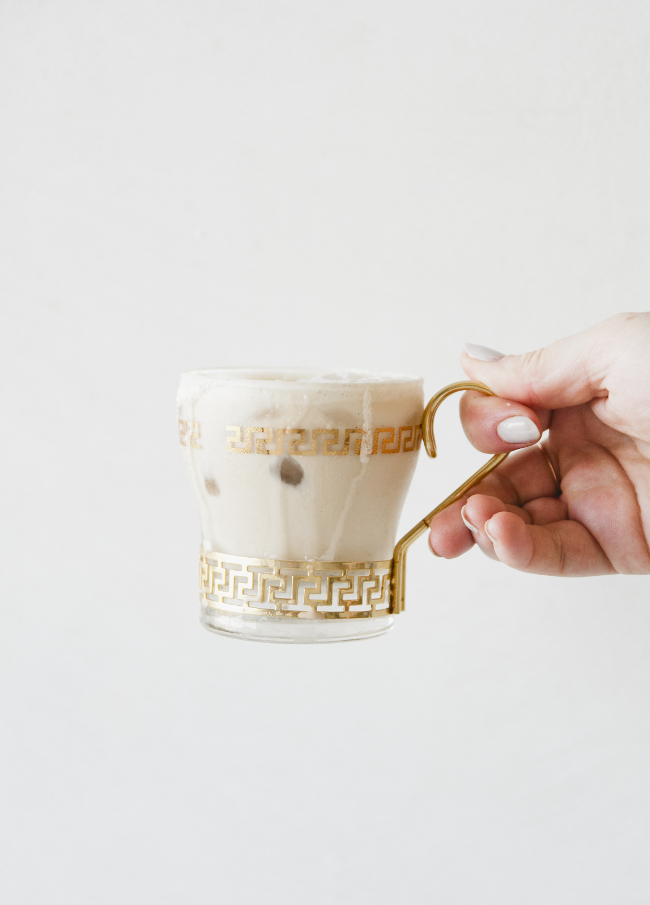 Fill a cocktail shaker 2/3 full with ice, pour over the latte ingredients. Shake for 15 seconds, until very cold and frothed. Strain over a glass filled with ice. Enjoy!