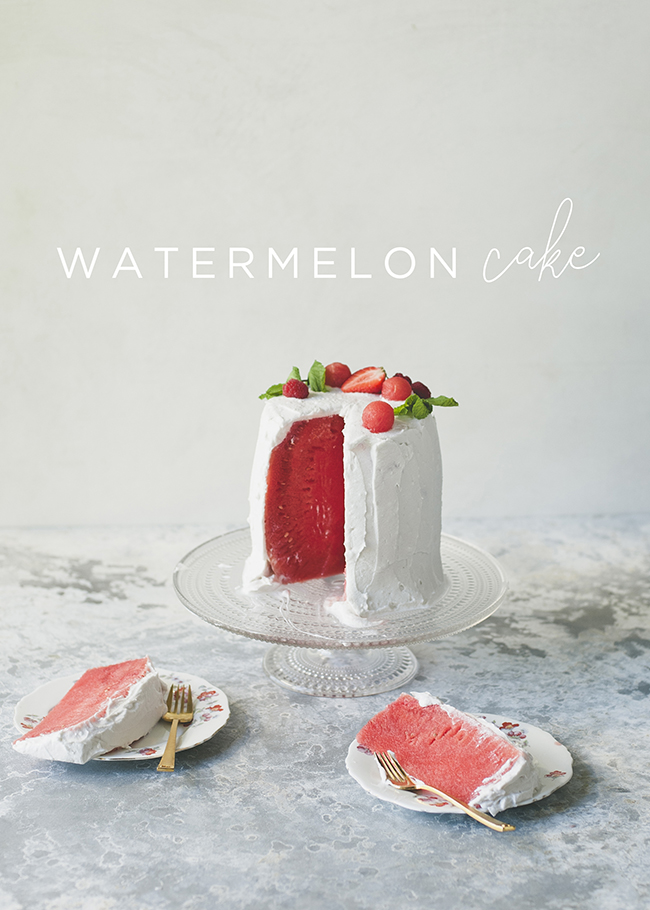 I stumbled across this idea on Pinterest and at first thought, “What a mean trick.” Imagine cutting into what you think is an epic cake, but it happens to be fruit. That’s like the house that hands out toothbrushes on halloween. But then, in the middle of summer when I was baking in stuffy kitchen, I thought of this “cake” and how refreshing it must be. Crisp, sweet watermelon with gobs of coconut whipped cream. Even a boozy version with watermelon soaked in white rum would be a fun idea. It’s super delicious and easy to make. Enjoy on a very hot day. 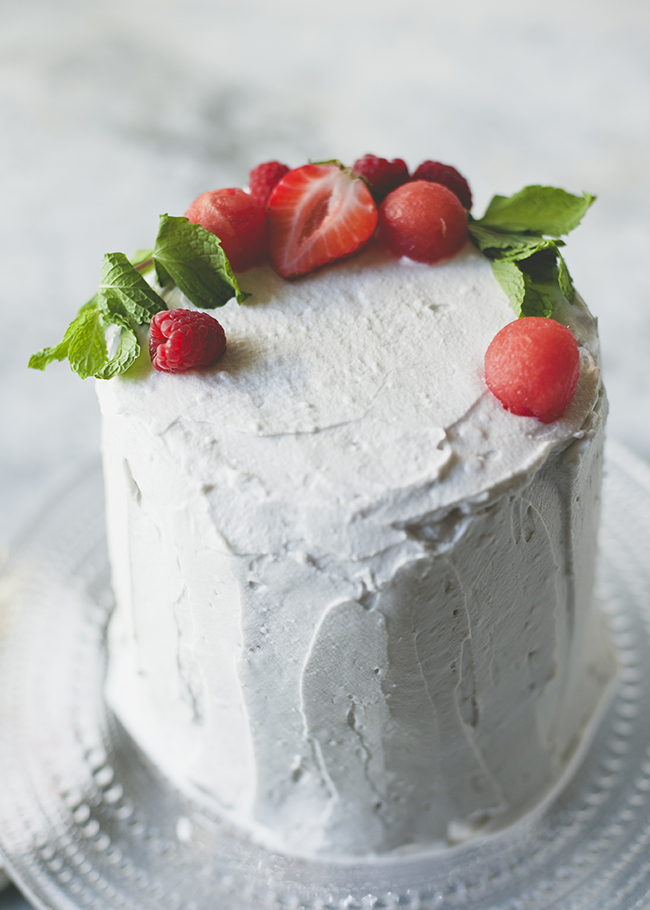 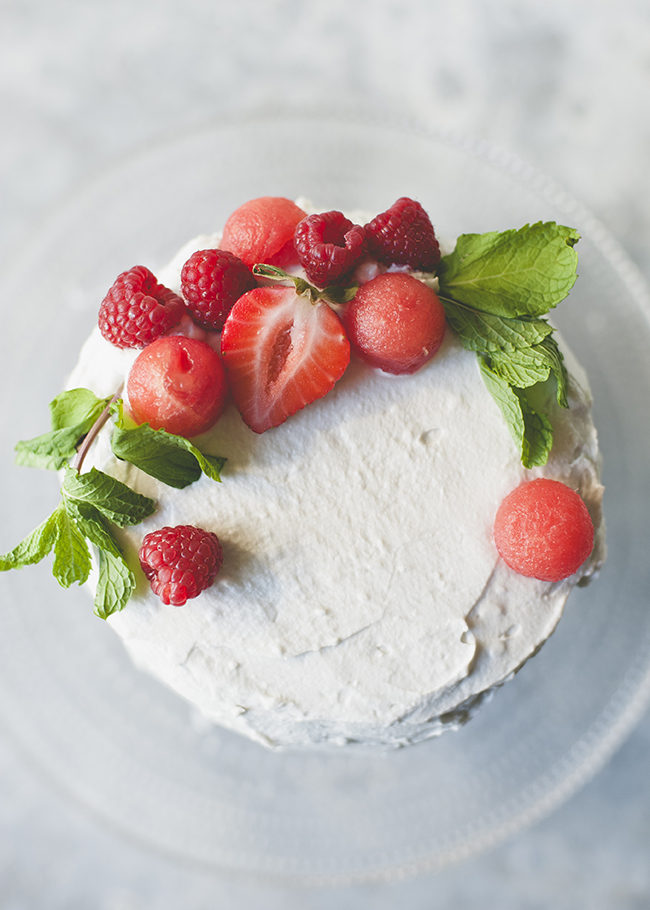 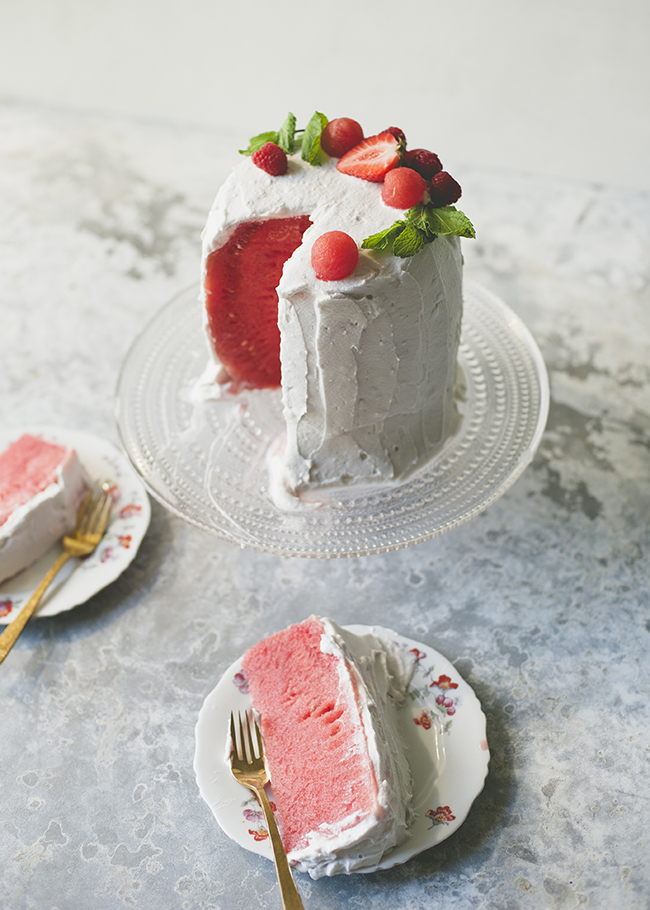 Seeds from one vanilla bean

Cut the top and bottom off of the watermelon flat and save the ends for later use. Turn the watermelon upright and carve away the rind in downward strips until all of the green and white pith is removed and you’re left with a red, ripe center. Carve away small pieces from the sides and top until the center is roughly cake-shaped – a cylinder with a flat top and bottom.

Open up the cans of coconut. If you let the cans chill in the fridge overnight, undisturbed, the thick coconut cream should have risen to the top and hardened, leaving the coconut water on the bottom. Scoop out just the cream into a mixing bowl. You should have about 2-3 cups of cream.

Beat the coconut cream on high speed with an electric hand mixer until it begins to thicken, about a minute. Add the honey and vanilla and continue beating for another 30 seconds, just to combine everything.

Transfer the watermelon to a cake stand or serving plate and pat the outside with paper towels to remove excess water.  Spread the whipping cream over the entire surface of the watermelon.

Decorate the cake with watermelon balls, berries, and fresh mint.