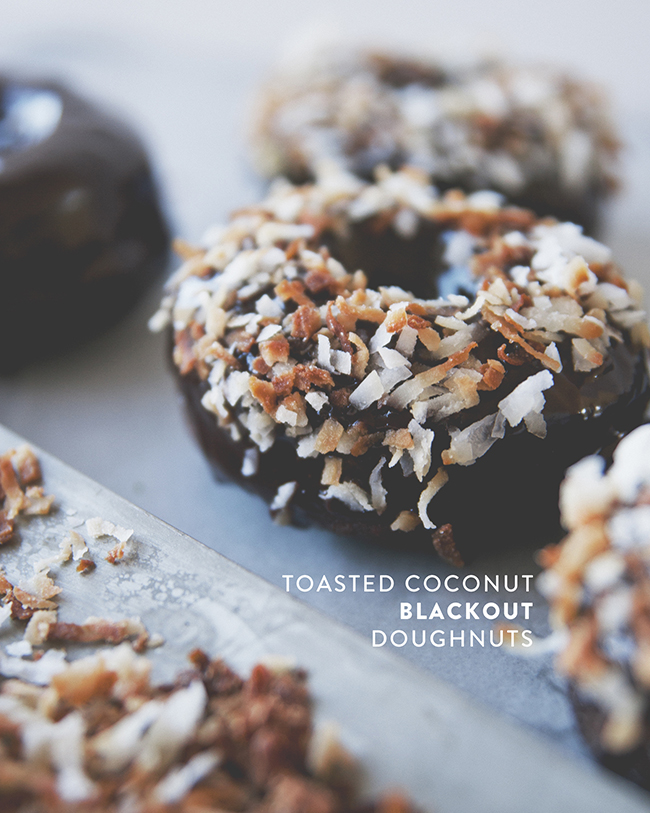 These are some classic, fried-dough style doughnuts. Or is it donuts? I’ve never really understood if the extra “u-g-h” was a stylistic choice, or an actual differentiation, but, as with most pedantic questions, does it really matter?

Toasted coconut adds warmth to the rich, dark, and I’ll say it – bitter – dark chocolate. For some reason “bitter” turns people off, which is why food personalities on TV describe arugula as “peppery” or olive oil as “grassy” instead. But I love it, and that bitterness in chocolate is an important counter point to the richness of the doughnuts. To really play up the chocolate-y goodness, I stabbed the doughnuts a few times with a skewer so the chocolate soaks all the way through the doughnuts. Enjoy! 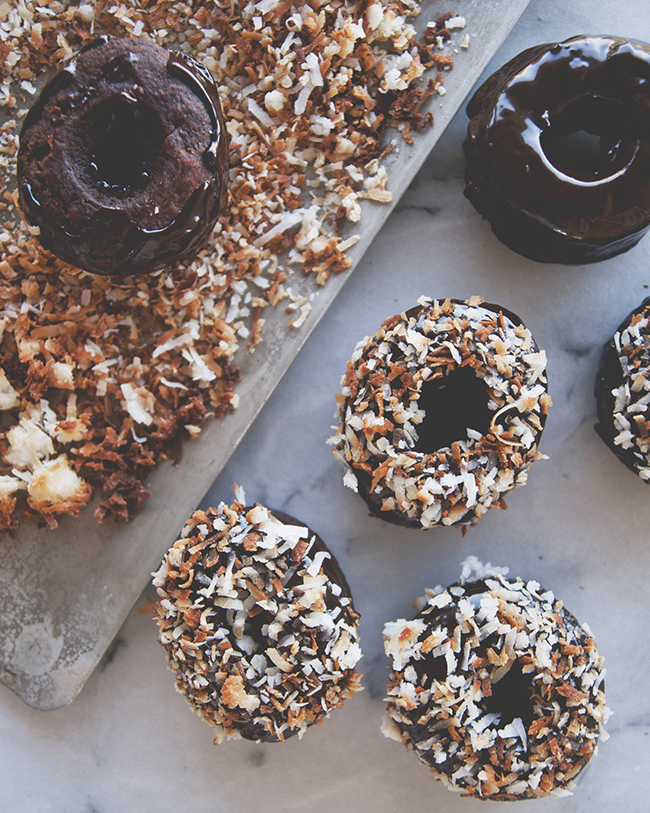 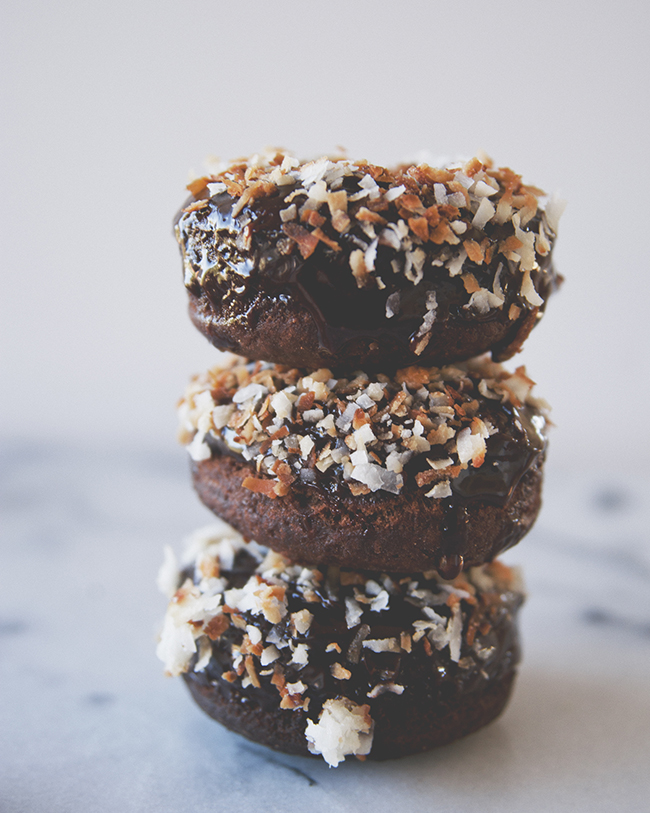 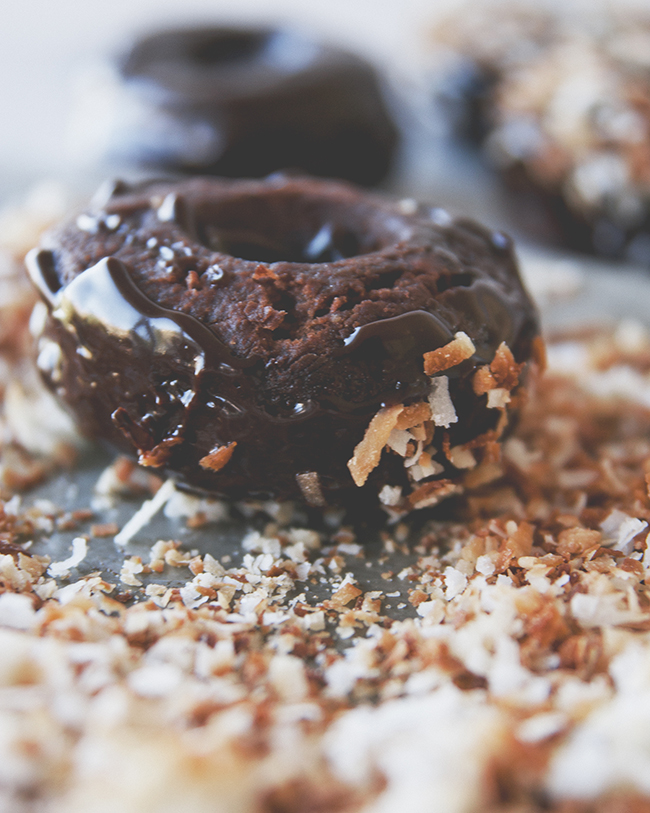 3 1/2 all purpose flour, sifted, plus extra for rolling

Heat 2″ of oil in a 6 quart saucepan until a deep-fry thermometer reads 370°. Spread a little flour on your counter, and roll out the dough to a little under an inch thick.  Use a floured doughnut cutter to cut out doughnuts. Carefully slide the doughnuts (and doughnut holes) into oil and fry, flipping once, until puffed and golden, about 3 minutes for the whole doughnuts, about 2 minutes for the doughnut holes. Using a slotted spoon, transfer to a baking sheet with a wire rack; repeat with remaining dough and let doughnuts cool completely.

Heat oven to 350°. Spread coconut on a parchment paper–lined baking sheet. Bake, stirring, until golden brown, 7 to 8 minutes; cool. In a small saucepan, bring the cream to a boil. In a heatproof bowl, combine 3 ounces of chopped chocolate with the corn syrup. Pour the hot cream over the chocolate and let stand until melted, about 5 minutes. Whisk until smooth. Let the ganache glaze cool until thick but still pourable, about 5 minutes.

Combine glaze ingredients in a small pot. Bring to a boil, turn down to a simmer, and cook until thickened slightly, and syrupy, about 15 minutes. Cool completely. Poke holes in the donuts with a fork, and coat them in the Dark Chocolate Glaze, setting aside to dry. Dunk one more time before serving, and dip them in the toasted coconut.