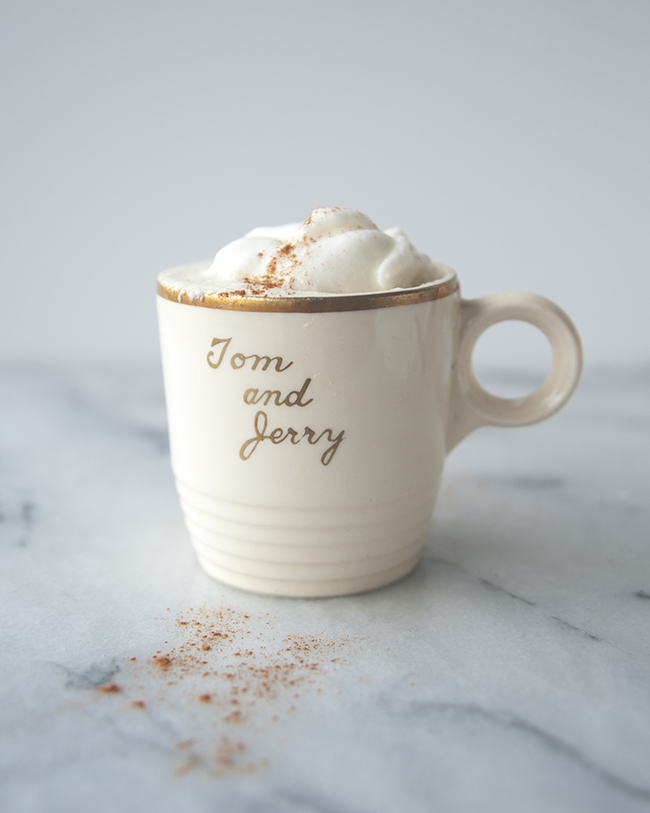 I actually had never tried Tom and Jerry before. And no, it’s not named after the cat and mouse from Hannah Barbera cartoons (which for some reason I always pronounced Hannah Barbara for some reason), though you wouldn’t be the first to think it (ahem…myself included). It’s probably named after an English play from the early 1800s, which makes sense, as this is a super 19th century cocktail. They were really vibing on that dairy + eggs + brandy situation, and Tom and Jerry fits right into that. Unlike Egg Nog, this is usually served hot, and is a bit lighter – thank God. Could you imagine hot egg nog? It would be like hot melted ice cream. Blech. Anyway, Tom and Jerry’s are cozy and delicious, the perfect yuletide cocktail to serve at a party. Enjoy! 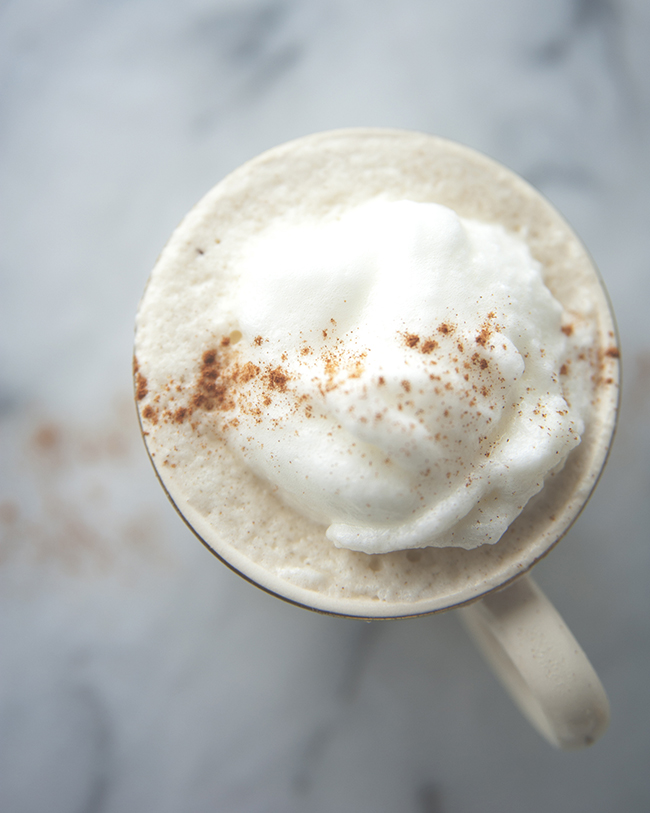 Whisk egg whites and half the sugar until stiff; whisk the yolks, sugar, and spices until thick. Fold together and chill. Heat up the milk and booze over medium heat, until simmering, then combine everything in the mug.