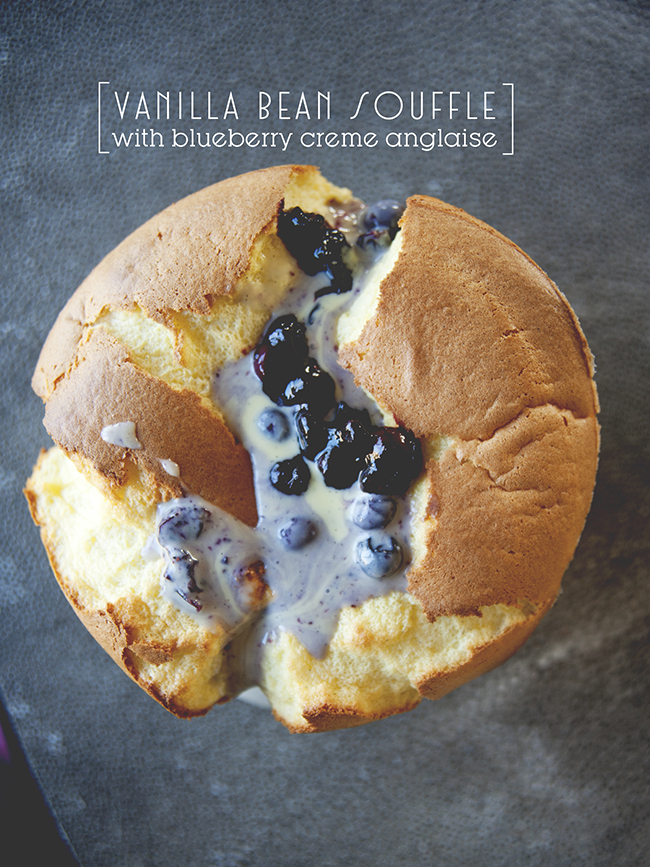 “Never a briefcase in Paris and never an umbrella. There’s a law.”

The film Sabrina, I should clarify, the original Sabrina, is a thing of comic beauty. Sardonic yet sweet, it pits its innocent ingenue against a middle aged cynic over the theme of love. The films follows the chauffeur’s daughter and the playboy heir she has a soul crushing, well, crush on. Her father sends her to a cooking school in Paris, where he hopes she’ll follow her mother’s footsteps and become a cook. During her term in the cooking school, Sabrina finds herself woefully in over her head. She flunks the soufflé exam, and stares down at the flaccid pile of egg, wondering what went wrong. Then a charming old man says, ” A woman happily in love, she burns the soufflé. A woman unhappily in love, she forgets to turn on the oven.”  The charming old man happens to be a wealthy baron, and takes sweet Sabrina under his wing.

She returns home as a chic, French femme, and immediately catches the eye of her playboy crush, David Larrabee.  The Larrabee family can’t have David running off with the chauffeur’s daughter when he’s supposed to marry the heiress to the fortune they’re company is merging with, so the parents put their older son, Linus, in charge of breaking the affair up. Linus is, well…not David. He’s a CEO, he wears a homburg, and he carries an umbrella everywhere.  But somehow, something sparks between him and Sabrina.  Maybe it’s her disarming naïveté chipping away his world weary heart, maybe it’s his integrity and his impulse to protect that sweetness, whatever it is, it’s a quiet thing that surprises them both in the end.

But back to the soufflés. I spent a month in Paris last year, and I ate a soufflé every day. Every. Day. They were different there. Sugar crusted and crunchy on the out side and cloud-like in the center. Some leaned heavily on the grand marnier but my favorites used just a whisper. I realized after eating my weight in them that the French don’t use a bain marie (a water bath) to bake their soufflés. Instead, they go naked in the oven, where the direct heat lightly caramelizes the sugar clinging to the ramekin. It’s heavenly. For this recipe, I kept the soufflé simple, and added a blueberry creme anglaise, just for fun. You can add a different berry to the sauce, or switch it out for chocolate sauce or whipped cream if you prefer. 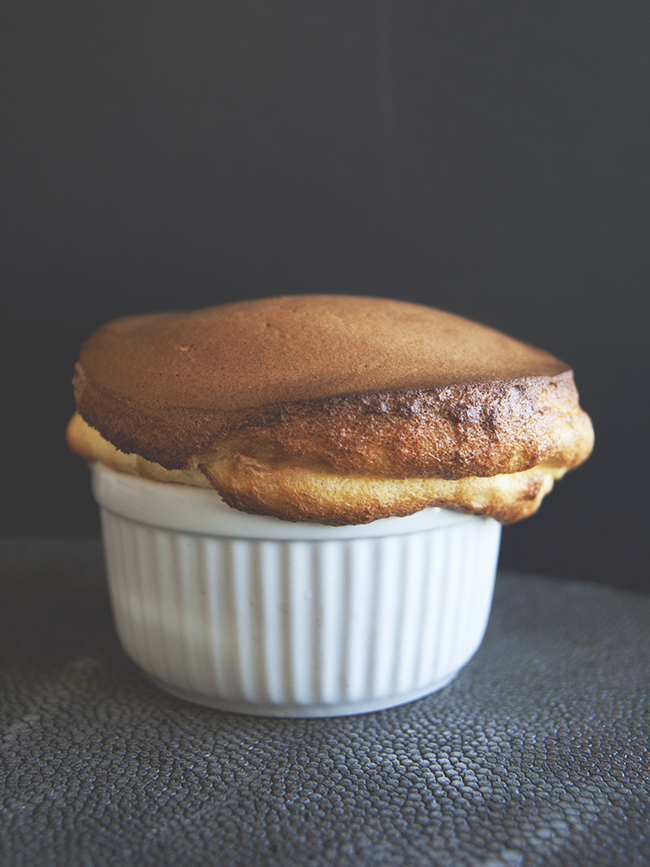 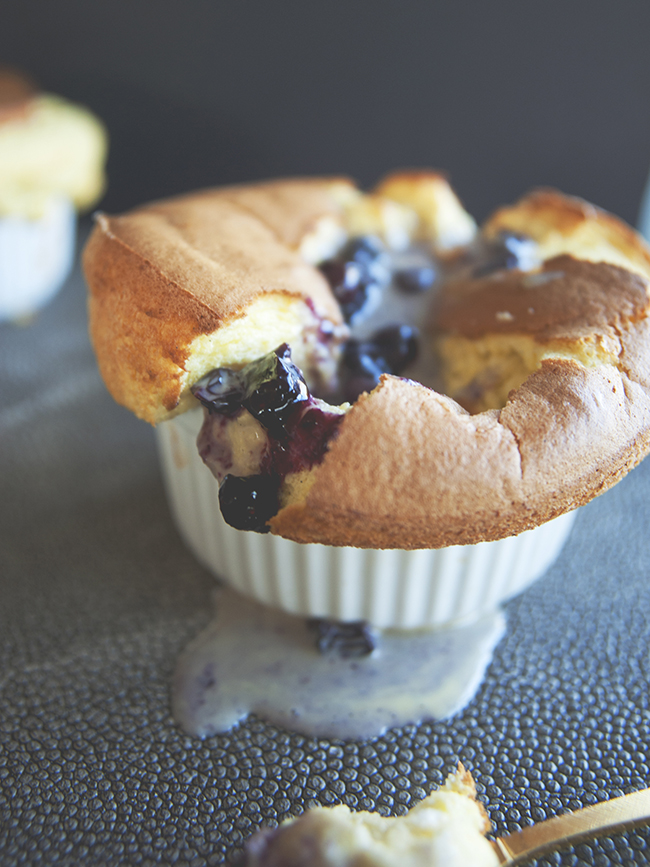 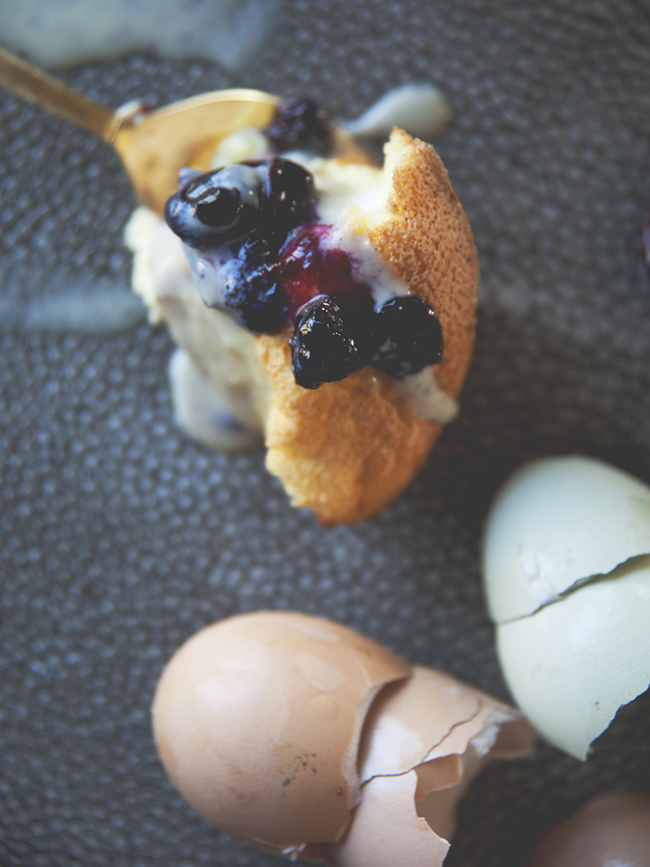 Preheat oven to 400°F. Generously butter the ramekins and coat with sugar, knocking out excess sugar.

In a medium saucepan melt the butter over medium low heat and whisk in flour. Whisk them together until the paste smells a bit nutty, about 3 minutes. Add milk a little at a time and cook, whisking, until the mixture is very thick and pulls away from sides of pan (about 2 minutes). Transfer mixture to a bowl and cool for 5 minutes. In a large bowl whisk together yolks, vanilla seeds, and a pinch salt, and whisk in milk mixture and rum until smooth. This is best done an electric beater unless you’ve been working out; it can tire you out!

In a large bowl with an electric mixer beat whites until they hold soft peaks. Beat in the sugar, a little at a time, and beat meringue until it just holds stiff peaks. Fold about a quarter of the meringue into the yolk mixture, just to lighten the whole thing, then fold in the remaining meringue.  Be gentle so you keep as much lift from the meringue as possible, this is what causes the soufflé to puff.

Spoon the batter into the ramekins, filling them just to rim. Arrange the ramekins at least 1 1/2 inches apart in a large roasting pan and add enough hot water to pan to reach halfway up sides of ramekins. Bake soufflés in middle of the oven for 25 to 30 minutes, or until really puffed and the tops are golden. Don’t peek!  Opening the oven releases the steam and can make the soufflés fall.

Pull out of the oven, dust with powdered sugar, and serve immediately. They will fall in a matter of seconds so be gentle and quick about getting them to the table.

Combine milk and cream in heavy medium saucepan. Scrape in seeds from vanilla bean; add the bean too. Bring milk mixture to simmer. Remove from heat.

Whisk egg yolks and 3 tablespoons sugar in medium bowl to blend. Gradually whisk hot milk mixture into yolk mixture. Return custard to saucepan. Stir over low heat until custard thickens and leaves path on back of spoon when finger is drawn across, about 5 minutes (do not boil). Strain sauce into bowl. Cover and chill. (Can be made 1 day ahead.)

In another small saucepan, combine blueberries and remaining sugar and cook over medium heat, until the berries burst and are quite juicy (about 5 minutes). Cool completely, and lightly stir into the creme anglaise just before serving. I like it to look marbled, so this is what I did, but you can combine the creme anglaise and blueberry sauce ahead of time if you like.