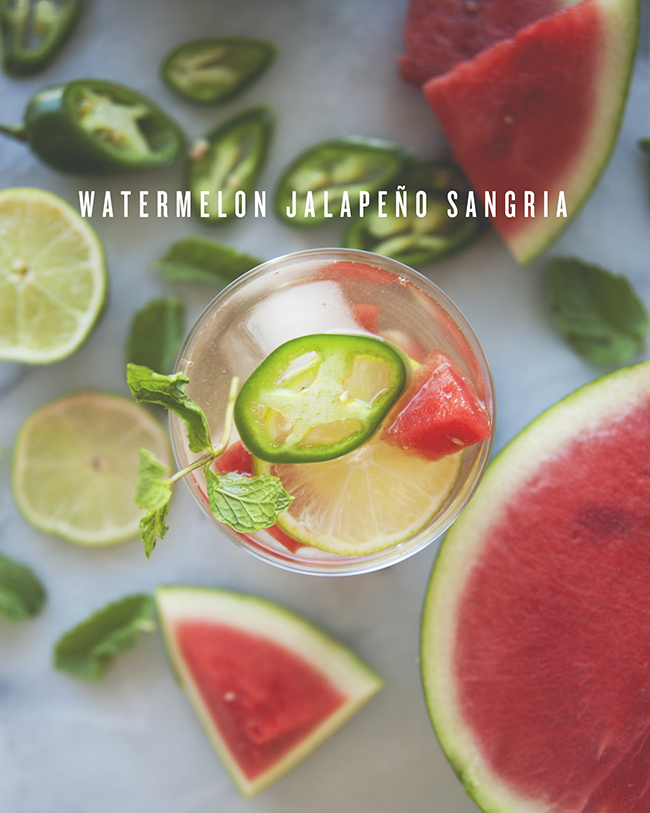 I have never met someone who doesn’t like watermelon. If you don’t like watermelon, and want to make yourself known, say hey in the comments…but for some reason I don’t think there will be a lot of you. Watermelon is just so damn good when it’s good. This sangria is simple, and plays on watermelon’s refreshing taste. Mint, lime, and jalapeño simply add an exclamation point. 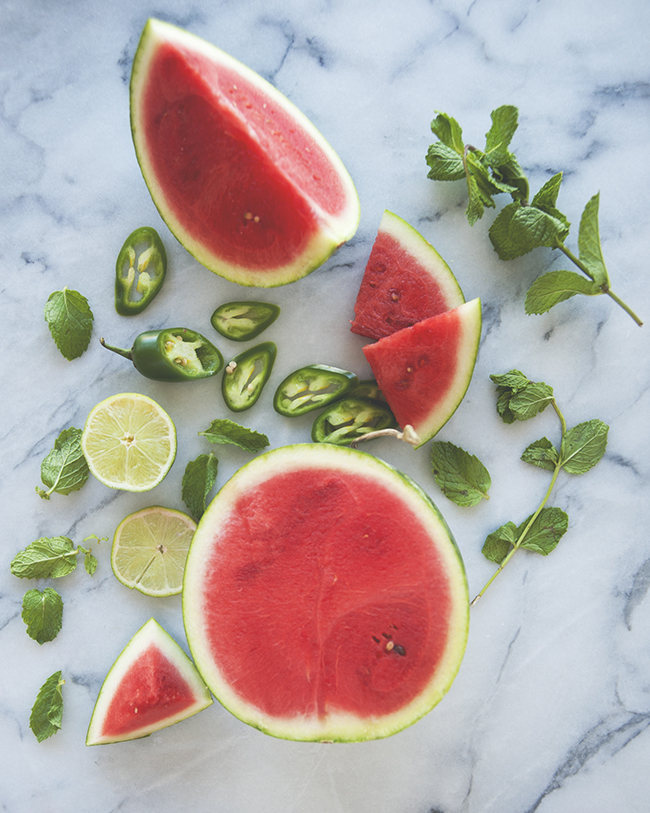 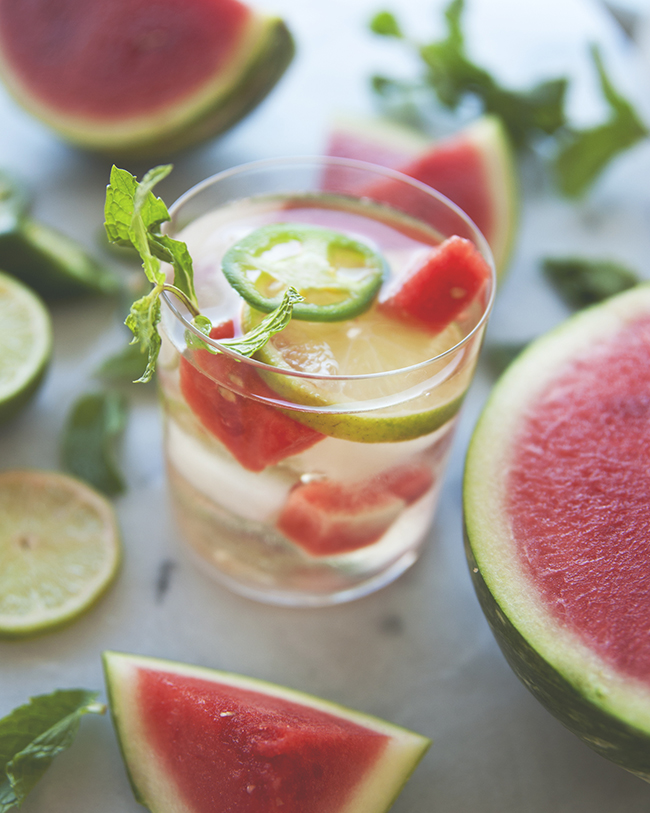 1 or 2 jalapeños, finely sliced (more if you like it really spicy)

First, make the simple syrup by combining a 1/2 cup of sugar with 1/2 a cup of water in a small pot.  Bring to a simmer over medium heat, cook until the sugar has melted (about 5 minutes), and remove the pot from the heat. Let it cool to room temperature.

Combine the watermelon, jalapeño, mint, and wine in two pitchers. Add the sugar syrup a little at a time until it’s at the desired sweetness. Pop the pitchers in the fridge for 2 hours (up to 2 days) to let the flavors mingle. Be warned, the longer you let the sangria sit, the spicier it will get, so if you don’t want it too hot either add less chili or add the chili a few hours before serving. Fill the pitchers with ice and lime and serve.