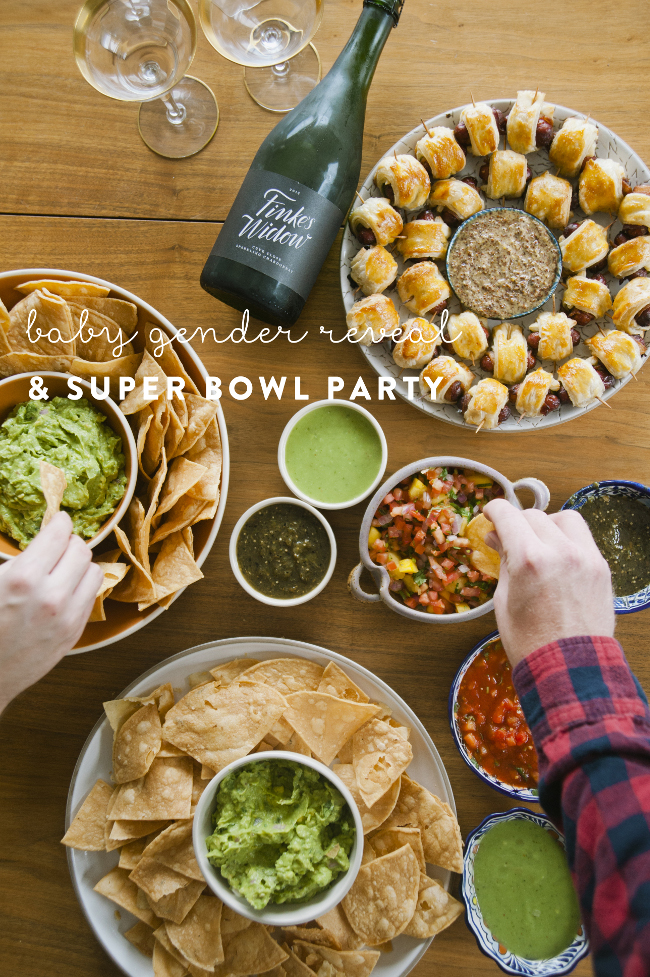 I always expect Super Bowl Sunday to be an unofficial family holiday – not because my family loves football, but because we all work in advertising. This started with my dad, who was the art director behind Apple’s 1984 spot, the footnote to all Super Bowl commercial references. Our teams are our production companies, jockeying to get an ad on game day. I’ve never been so lucky, but my Aunt Tina, an art director, had one this year (Honda), and I think my cousin Rachel did too. So, if you can imagine, it’s the time between plays that matters most to my family, rather than the touchdowns (we sort of care about those too).

But beyond that, Super Bowl food is my family’s favorite food. We’re a second generation LA family, so tacos and nachos run deep with us. But this year the menu got a little update.

Bacon Jalapeno Pigs in a Blanket

A grip of salsas

I’ll get to the rest of the menu in a minute, but I’m going to skip ahead to that last item. That’s right! Craig and my baby’s gender reveal fell on Super Bowl Sunday.

This was not the original plan. 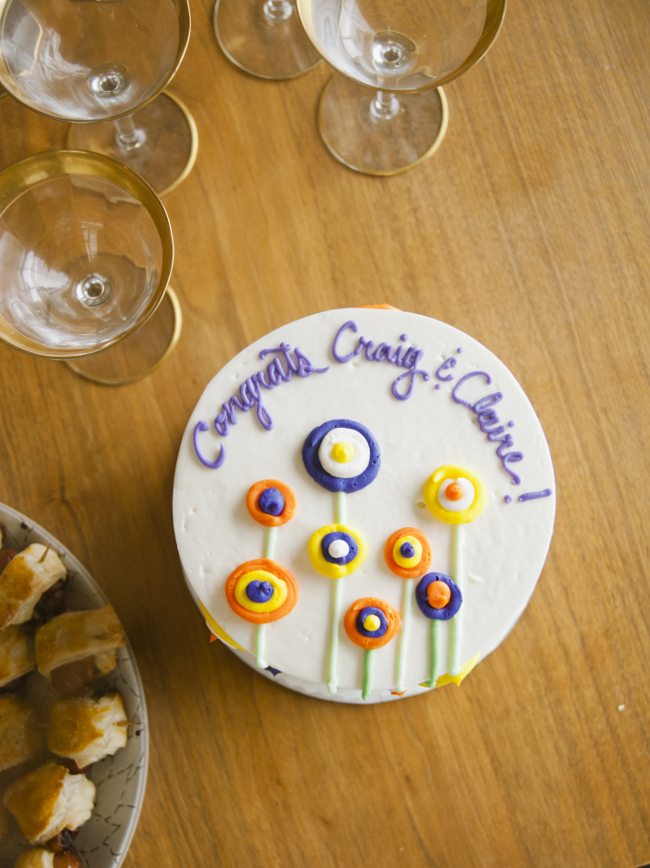 A few weeks before I went into my doctor’s office to get all of my screening tests done. I wasn’t too nervous, since I’m pretty young and come from super strong Euro-mutt DNA, but getting blood drawn is always a chore. I’m not very squeamish (my family jokes I should’ve been a combat nurse or aestetician), but my arms immediately reveal exaggerated track marks. Bruises, red lines, the works. No tank tops for me this week! Not that that was an option anyway, as I still haven’t popped and just feel generally chubby. This isn’t some moment of vanity either. I stepped on the scale and found out I gained twice what I was supposed to in the first trimester.

Apparently using my pregnancy as a smoke screen for my love of carbs was not the best idea. My doctor generously offers that I might plateau in my second trimester like she did. I’m incredulous.

My mom and I had planned on having a dinner with the soon-to-be grandparents the next week, when the results come in. I started out hoping for a boy, but then figured I jinxed myself and I was having a girl, but then I started fantasizing about having a little girl, and I basically twisted my psyche into a gordian knot of mom stress. My dad consistently whispered in my ear, “It’s a boy. I know it.”

But then I get a call from my doctor’s office – the lab shattered my blood test. Not only did I have to come back in for another blood drawing, but the results would be pushed back a week. Travel plans for my in laws had to be changed, and I started to stress that we wouldn’t have a gender reveal at all, since my parents were leaving for Australia, my mum’s homeland, on Superbowl Sunday eve.

I have a way of being annoyingly persistent, so I channeled every drop of Type A energy I had in my pudgy body and went to get my blood drawn. After badgering the nurse and waiting for a bit, I spoke to my doctor and begged her to have a word with the lab. I didn’t need the test expedited, it just couldn’t be delayed. She promised to talk to them and I breathed a little easier.

It’s funny, I’m not big on fuss for myself – Craig and I didn’t have an engagement party, we don’t have wedding photos on our walls, I tend to be drawn to low key, intimate events with family rather than boisterous parties with a bunch of friends. So the gender reveal, even though it was initially going to be a small dinner, was unexpected for me. But my mom and I got chatting, and I’ll show up for practically anything with cake, so it sounded like it could be fun.

Once the date moved to Super Bowl Sunday, it seemed like a better fit for a casual family afternoon. So we invited the whole gang and went to our local farmer’s market in the morning to buy out “the salsa ladies” as we call them. 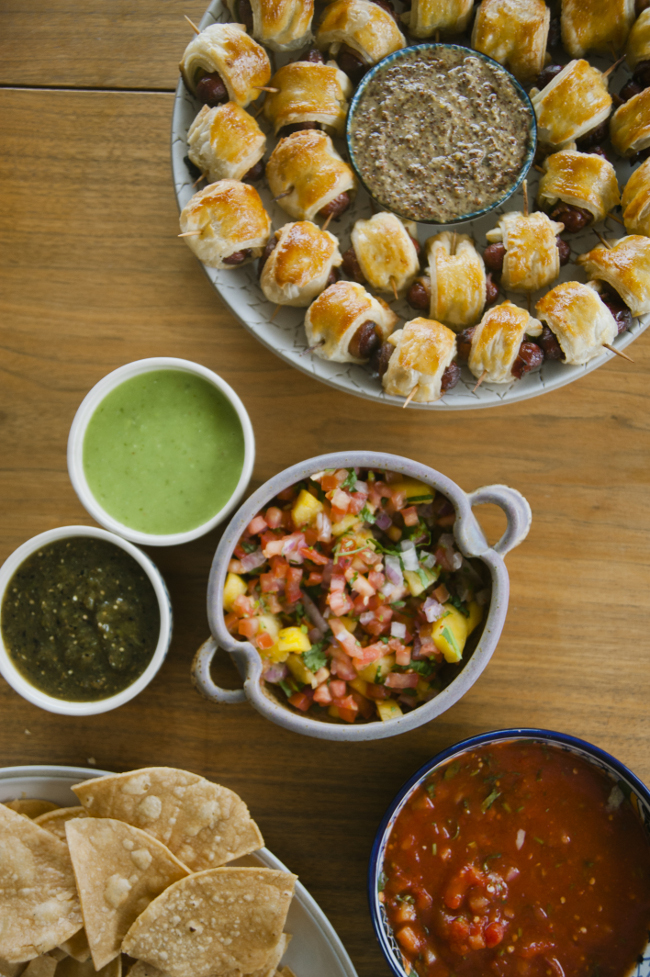 The salsa ladies have the best homemade salsa and chips I’ve ever had, and I’m truly obsessed with them. This time we got their spicy avocado salsa verde, roasted chili tomatillo salsa, a tomato and onion salsa (more of a puree than a pico de gallo), a mild mango pineapple salsa, and, my favorite, their creamy chipotle crab salsa. I had big nacho plans for that crab salsa. 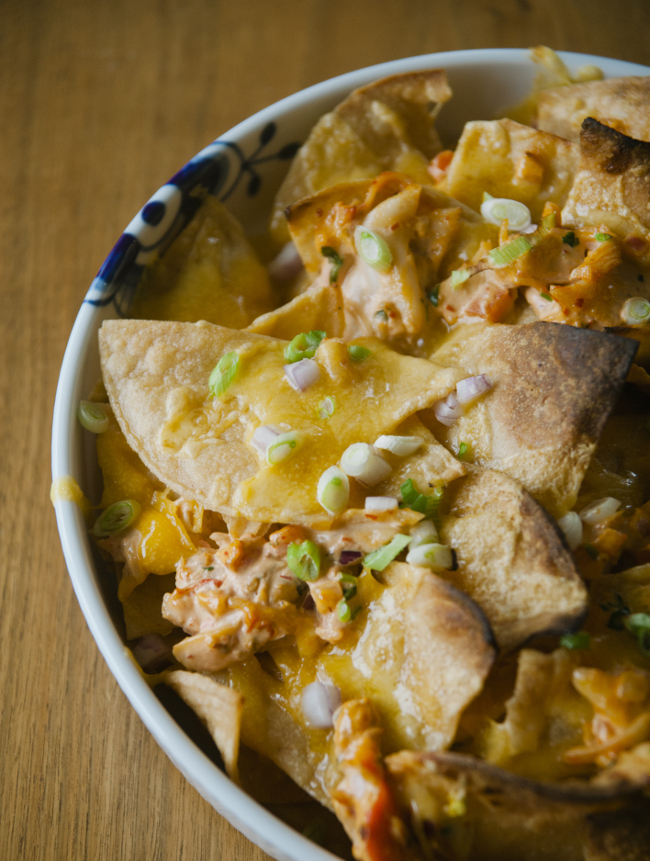 The rest of the menu came together pretty easily. Craig loves making chili (it’s a DePriester family tradition) and added plenty of the mole we brought back from our last trip to Mexico City. Tina’s rice is probably the best rice ever, and Henry whipped up our family’s recipe for guac, which we eat by the truckload. 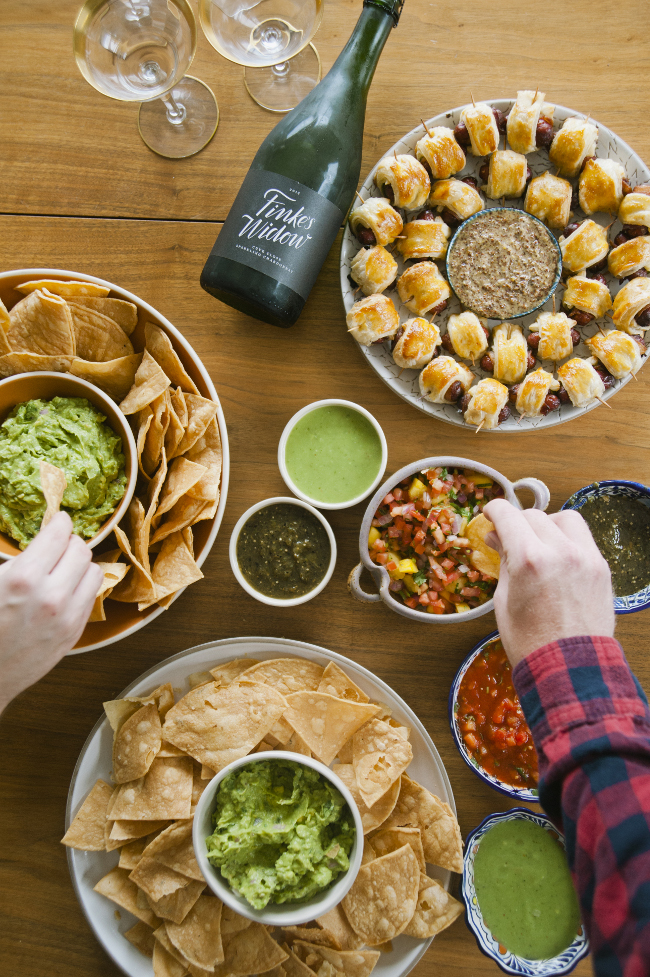 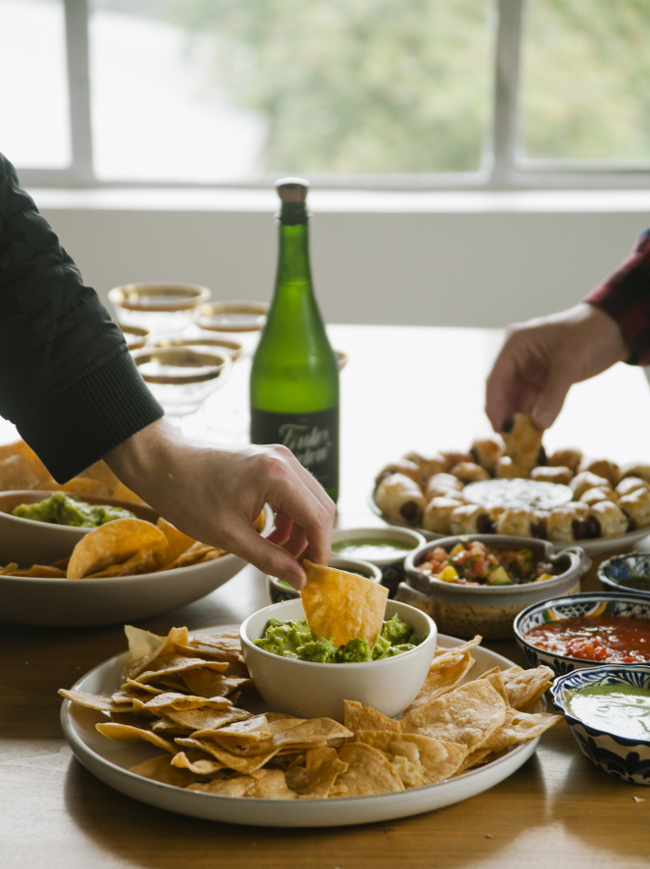 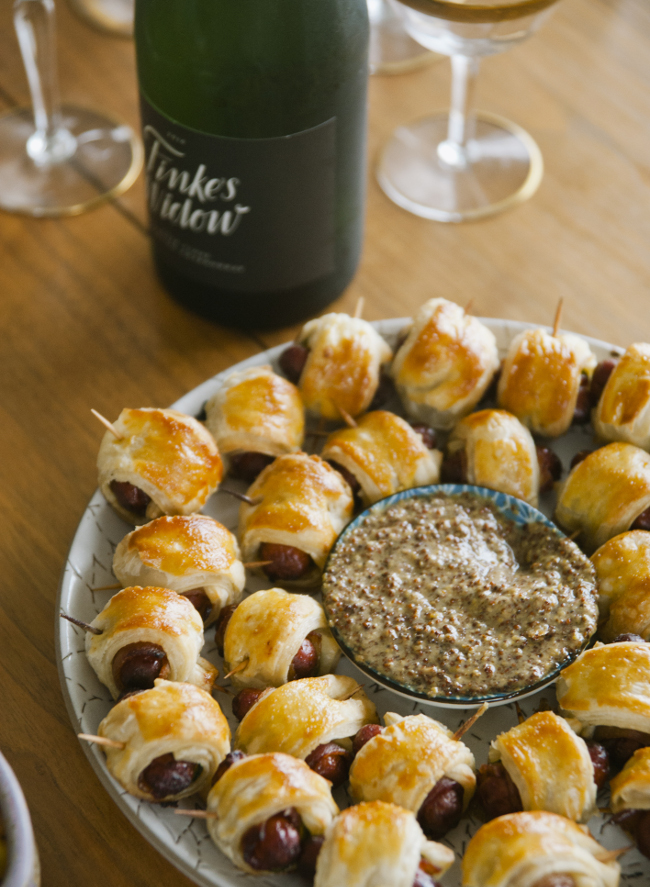 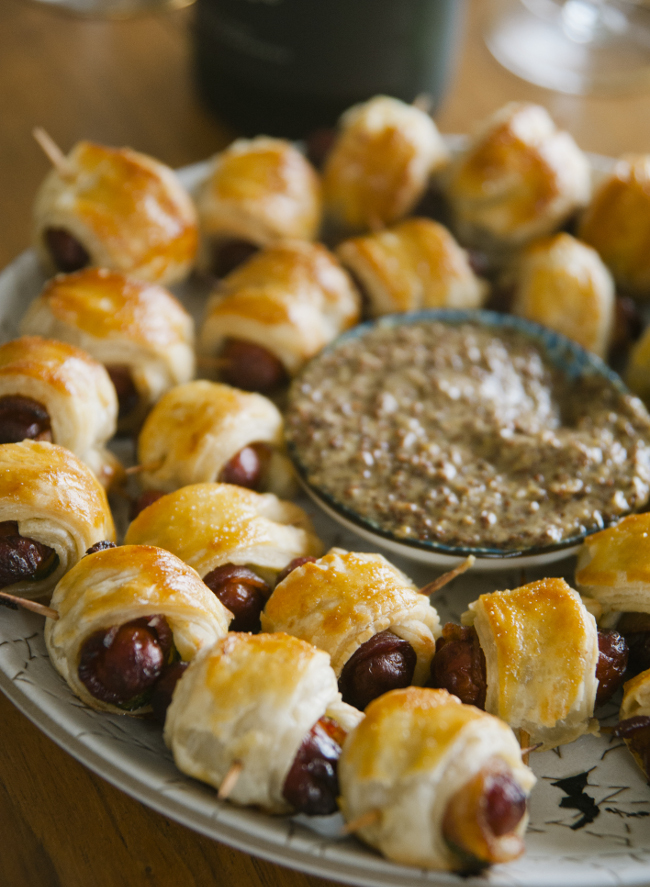 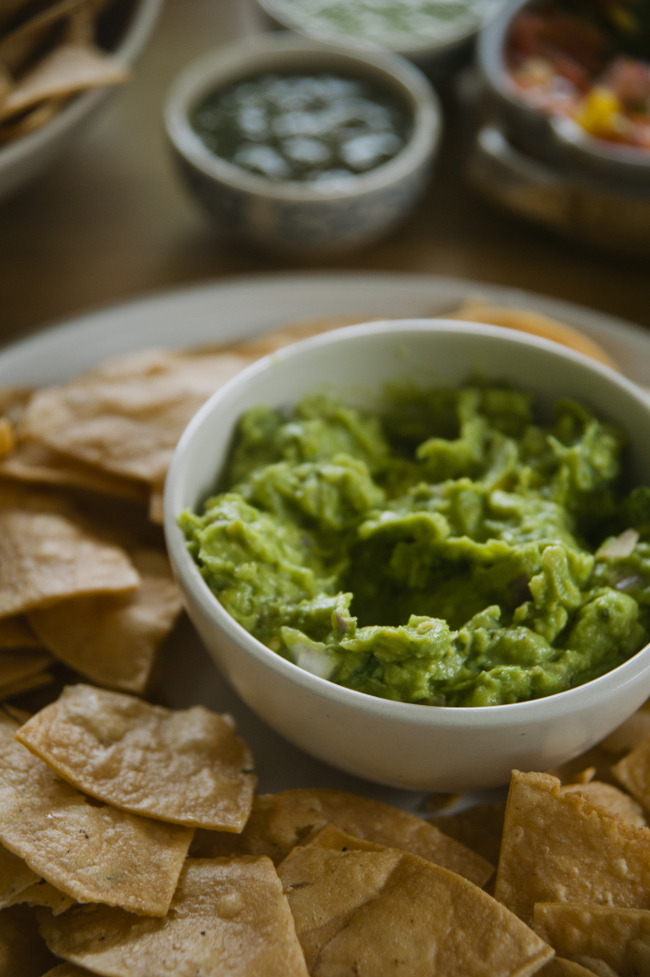 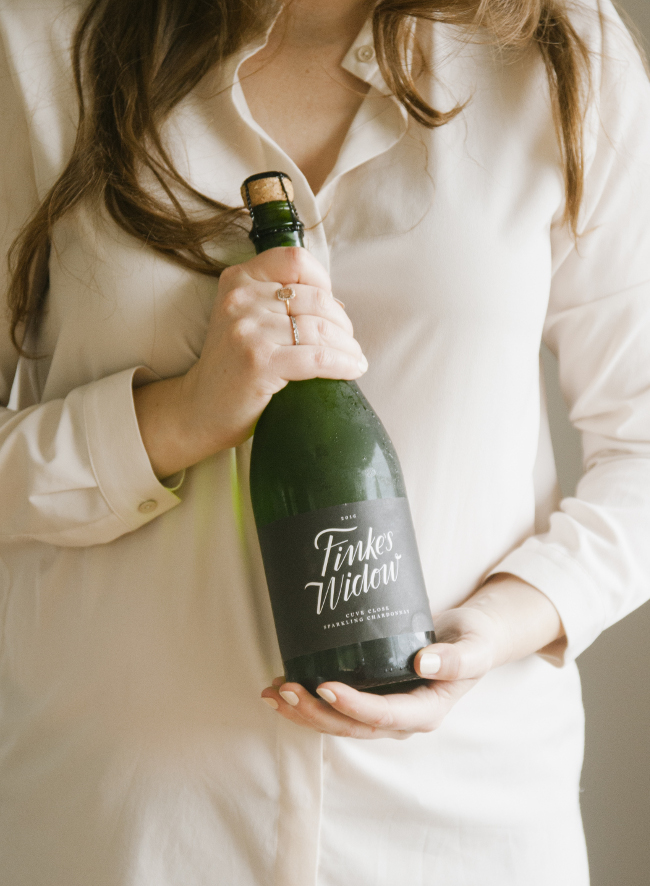 When it came time to slice into the cake, I poured out a few glasses of Finke’s Widow from Winc, a lovely off dry sparkler that was a huge hit. 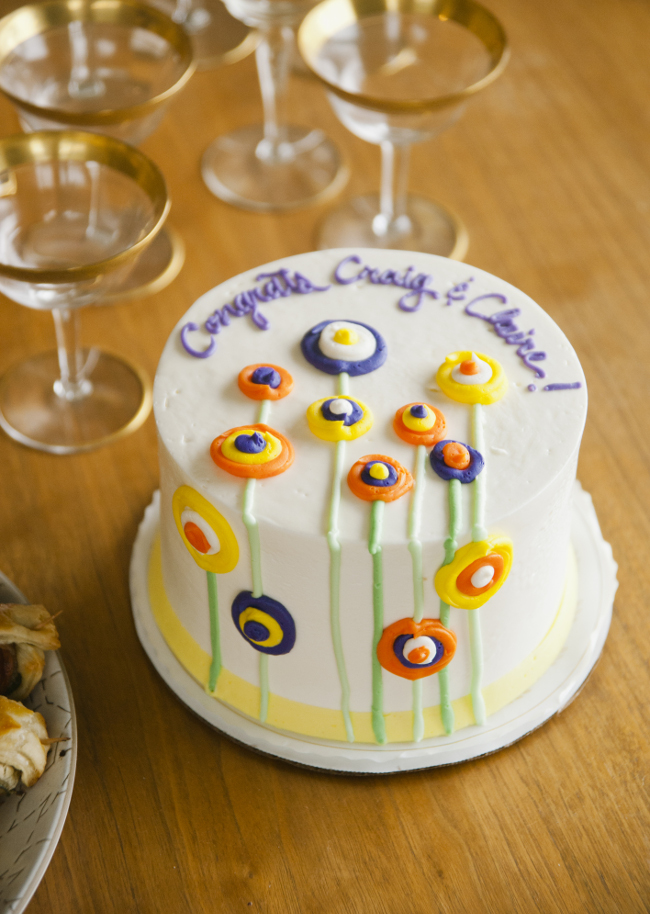 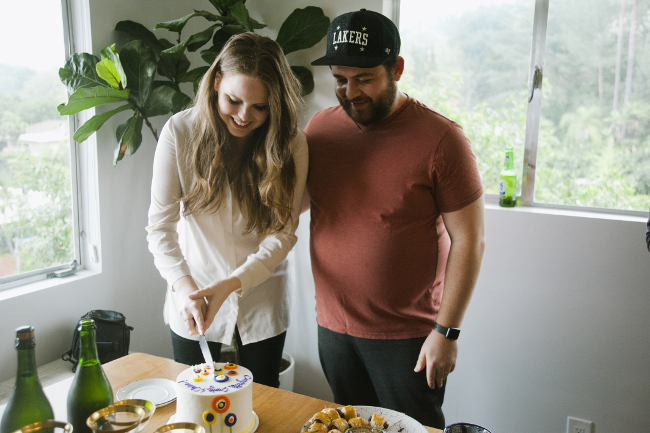 I was so nervous cutting into it. But then we saw blue, and everyone let out a scream. I cried a lot, just from the emotion of it all, and Craig was beaming. We announced his name to my family, James Brenton DePriester. James after my mom’s dad, Brenton after my dad, and DePriester for the surname. 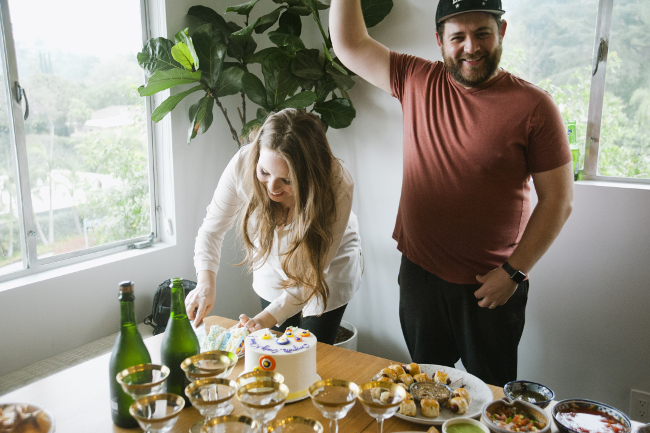 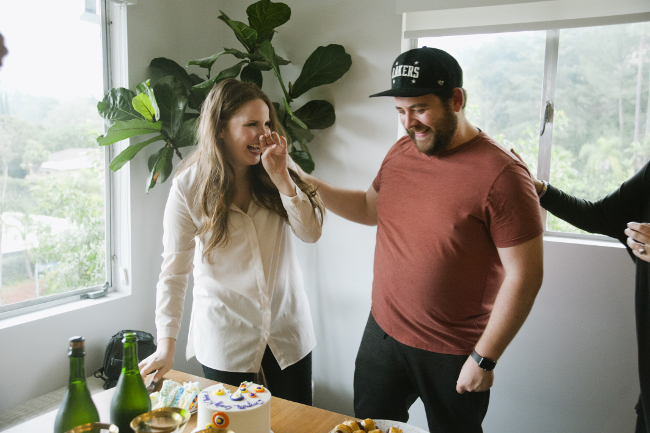 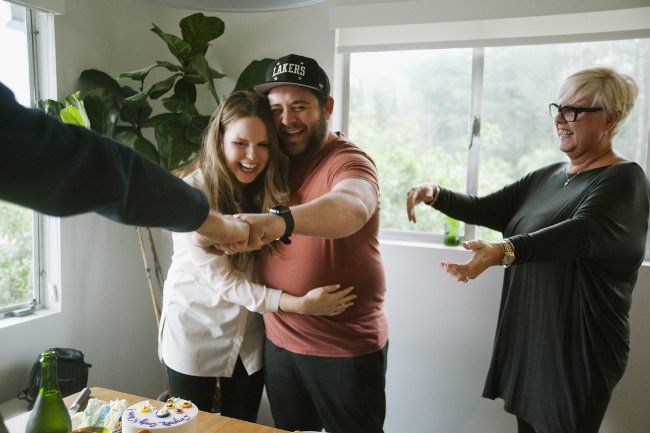 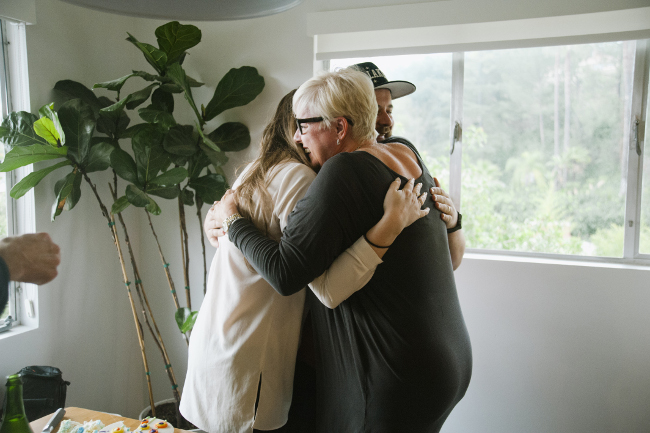 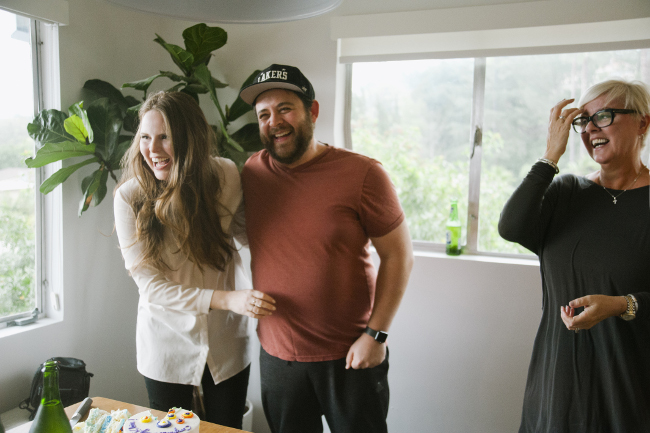 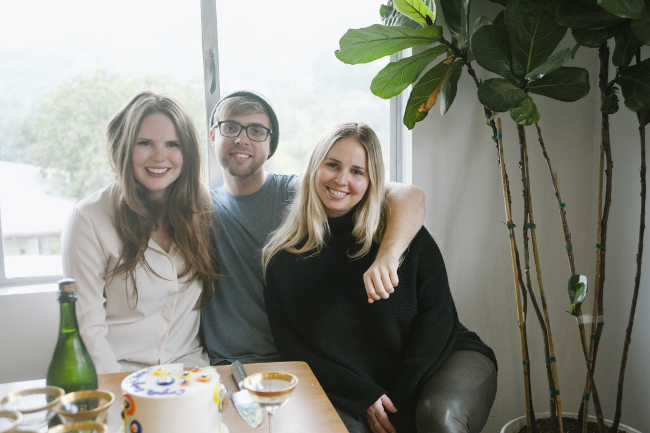 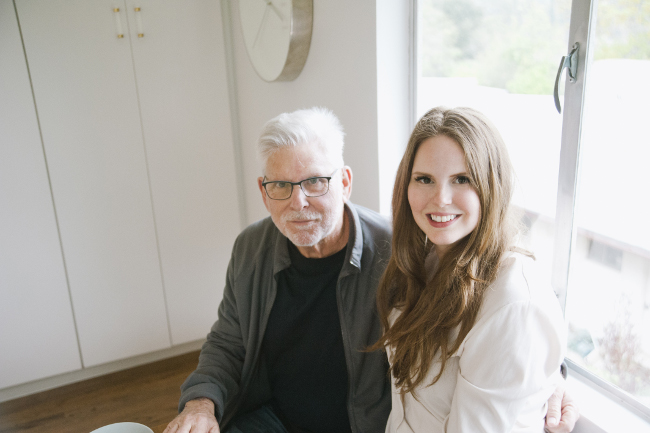 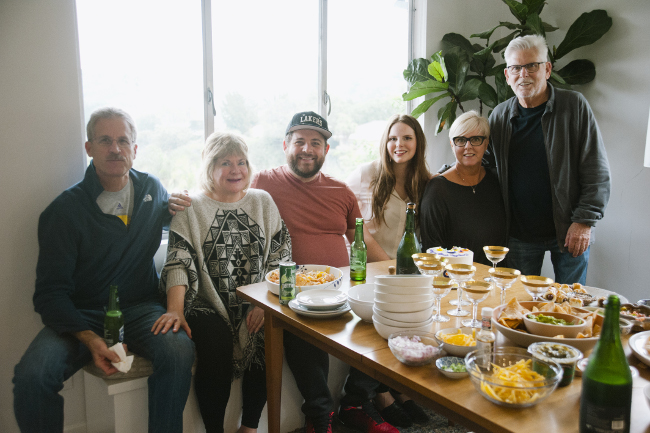 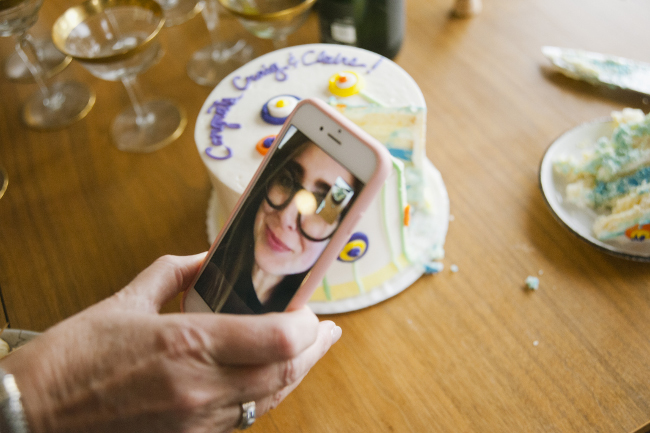 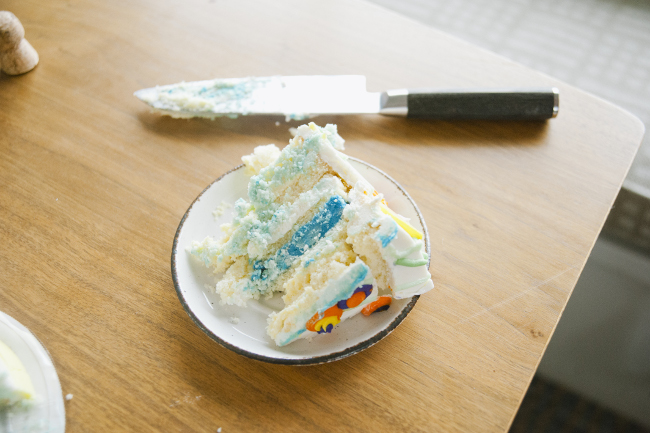 Knowing that my baby is a boy, and having his name picked out, is helping me feel more connected to my pregnancy. My first trimester was a non-event. I had no nausea, and the only sign of pregnancy was passing out by 9 pm (unheard of for me) and a bit of weight gain (which apparently I can’t blame on the baby anyway). I just didn’t feel pregnant. The ultrasounds were always a relief. See? I didn’t just eat something weird! I am in fact pregnant.

At the last ultrasound, James waved at us. I think he’s going to be just like his dad.