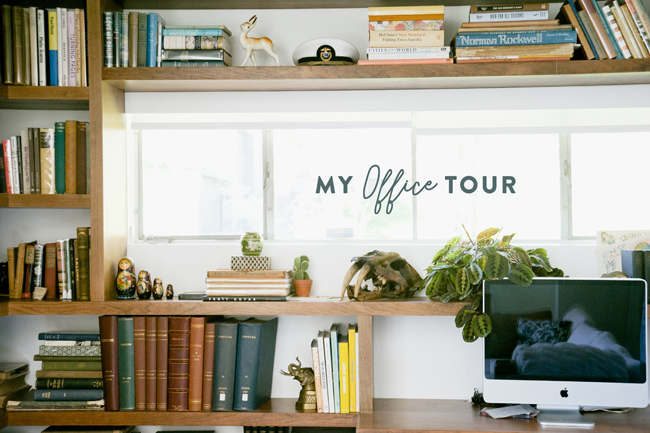 One of my promises to Craig before we moved was that the next house would have a “man cave” of sorts. I’m pretty sure he optimistically hoped to hang up his “Wings” poster and framed Laker jersies, but you can only push a girl so far. The office and the hallway are Craig-friendly, in that it’s where the big screen TV, record player, and high end whiskey live, but the rest of it is honestly the family history wing of the house.

Before you even get into the office, there’s the hall. This is very close to my heart. I’ve been working with my aunt Tina to digitize all of our family photos, so once I had a batch I loved, I reached out to Framebridge to print and frame them. The photos are all from the 1940s through 1970s, so it’s a great look at the last two generations of family. Watch the full video tour below for a look at my hallway. 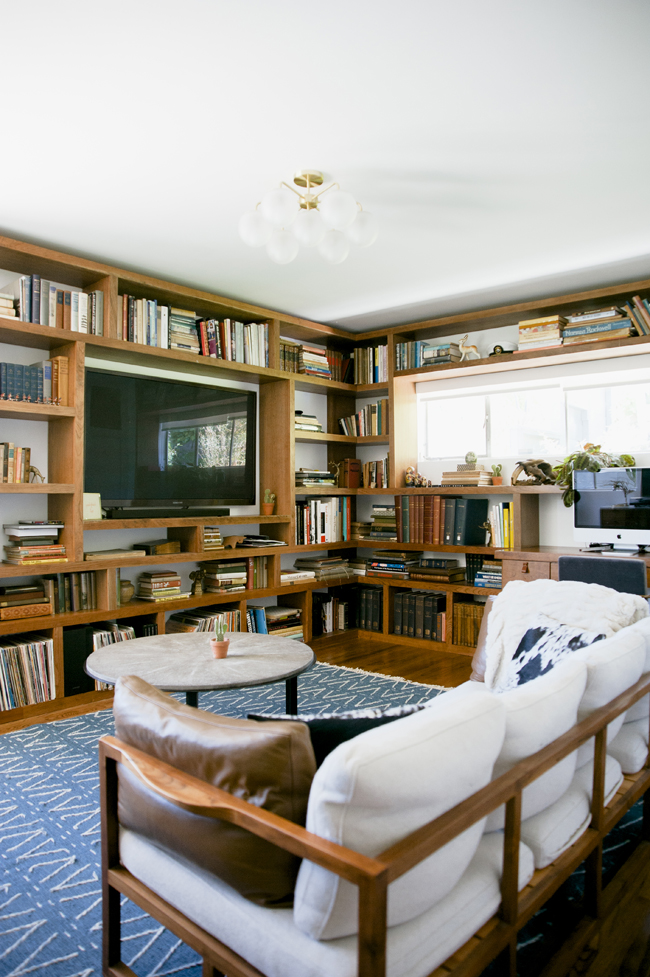 My parents moved out of my childhood home of twenty years and into a smaller, sleeker mid century home with views. The new house is so much more their style, but it’s missing one big thing – shelf space. At the old house, my dad outfitted a few rooms with wall to wall bookcases. I think we estimated it at a one and a half miles worth of books. These books line my memories as much as they lined my walls growing up, so when we were preparing my parents for their move, quite a few of them ended up in my “keep” pile. For what it’s worth, if you can do a huge week long clean out (we did ours over Thanksgiving) with your parents, DO IT. I have hoarder tendencies, where every object has memory and meaning, and the idea of doing something like this after they’ve passed seems almost impossible. I would not have been able to let go of anything. But doing this while everyone is still healthy and can share the memories means you can actually process and shed a lot of the unnecessary baggage. 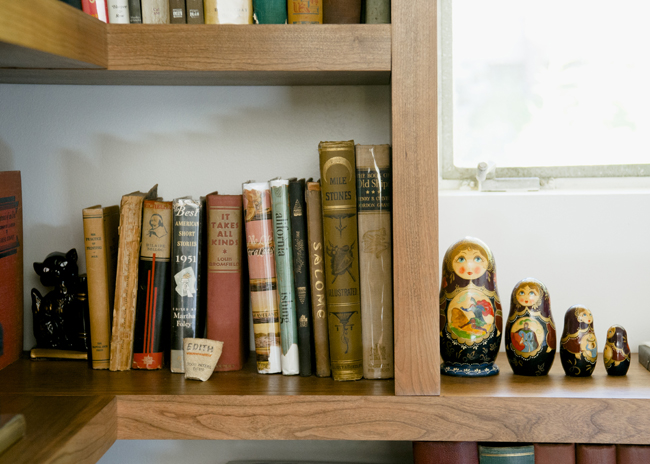 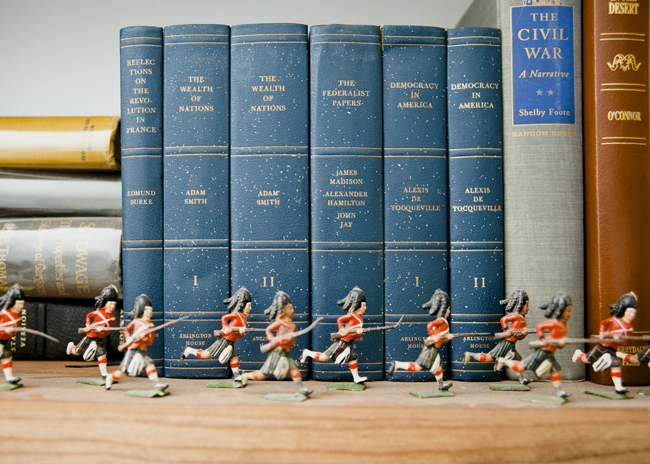 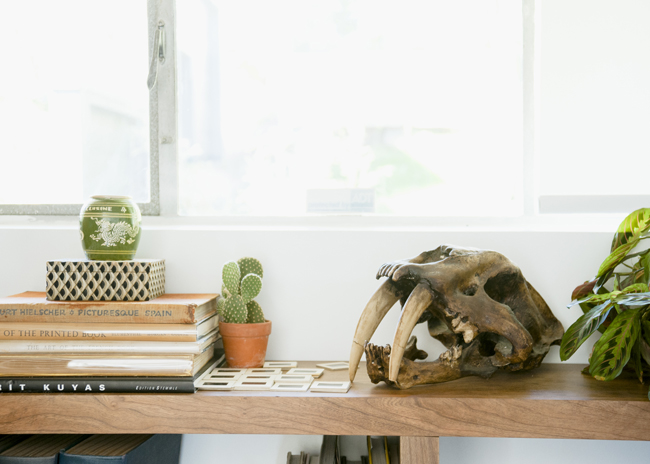 I’ve referred to my garage and office as the “Brenton Thomas Learning Annex,” since it holds all of the books from his collection that I love, and any of the “b sides,” so to speak, that weren’t essential enough to land in his new home, but still close enough to his heart that he wants to keep them around. I squirreled away other ephemera from my childhood, like the plaster mold of a sabertooth tiger skull, the Scottish Highlander figurines from the 18th century, and the shrunken styrofoam cup from when my grandpa was testing pressure and ocean depths while in the coast guard.

For the shelving, we had everything custom made with walnut veneer, and took the parts for an Ikea cabinet and had them finished with the same veneer for the desk. 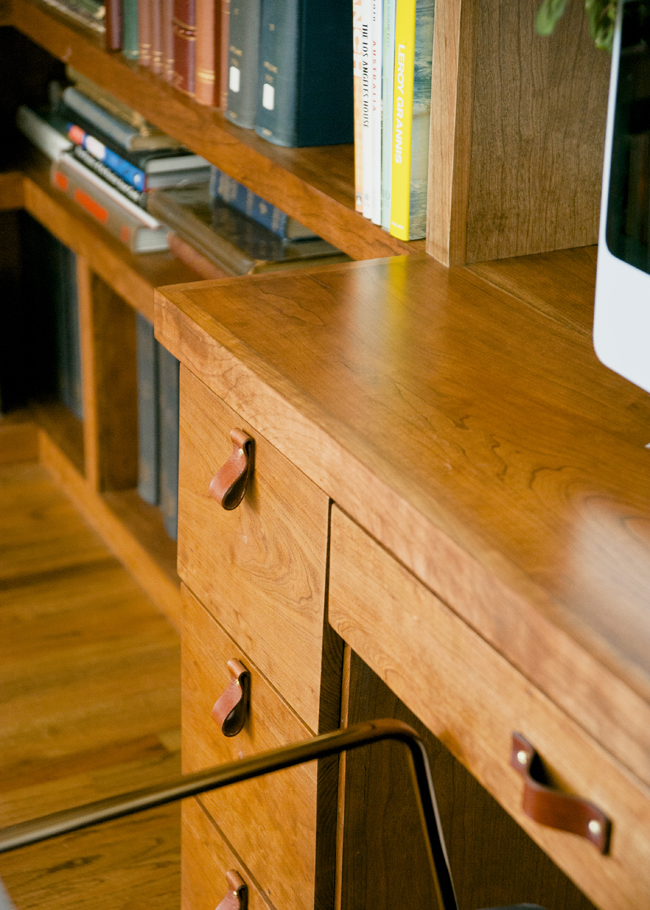 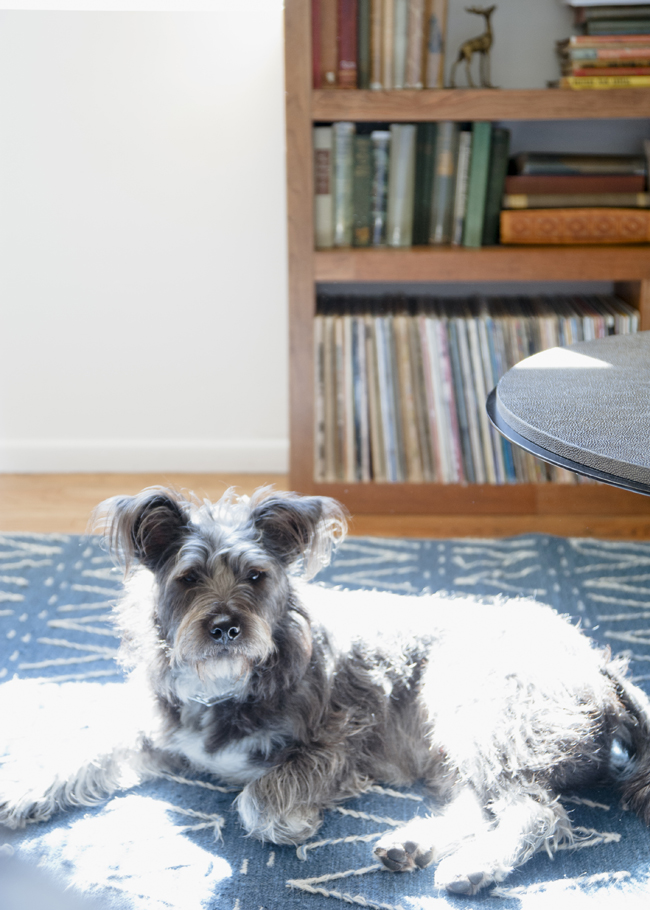 In the corner we have the whiskey bar, which is where we hide the good stuff. It’s funny, Craig and I don’t drink very much, and he is gifted so much nice whiskey every birthday and Christmas, so we need a separate bar to accommodate the overflow. We added the record player on top, and his grandmother’s painting behind it, and that created a beautiful little corner. It was actually the first thing I styled in the home. 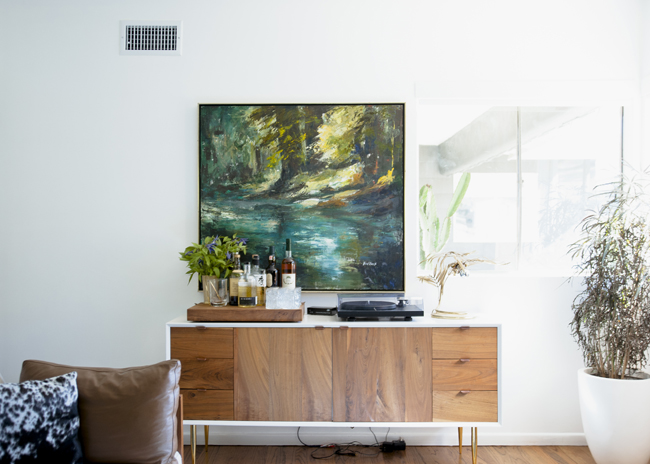 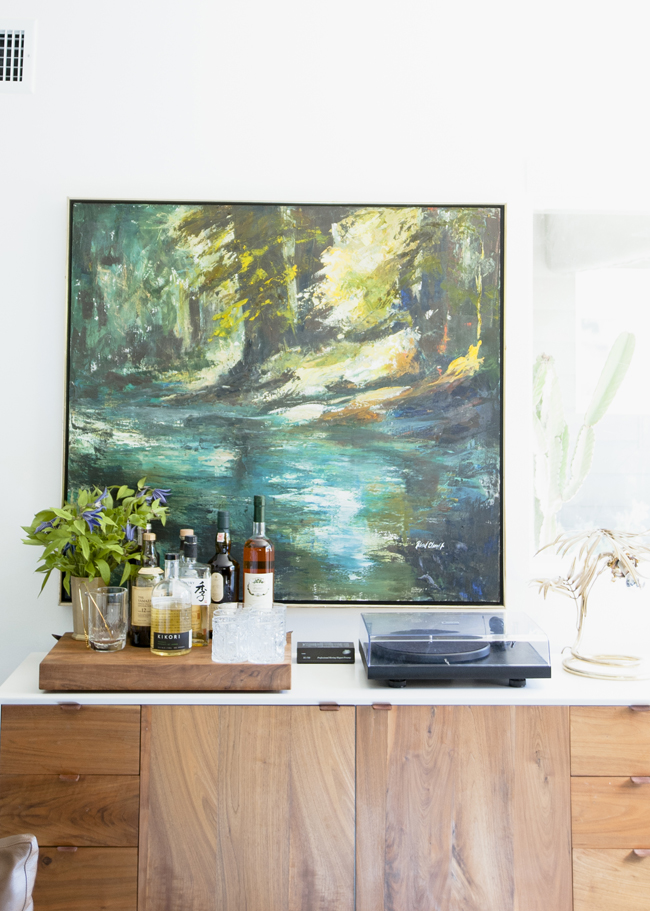 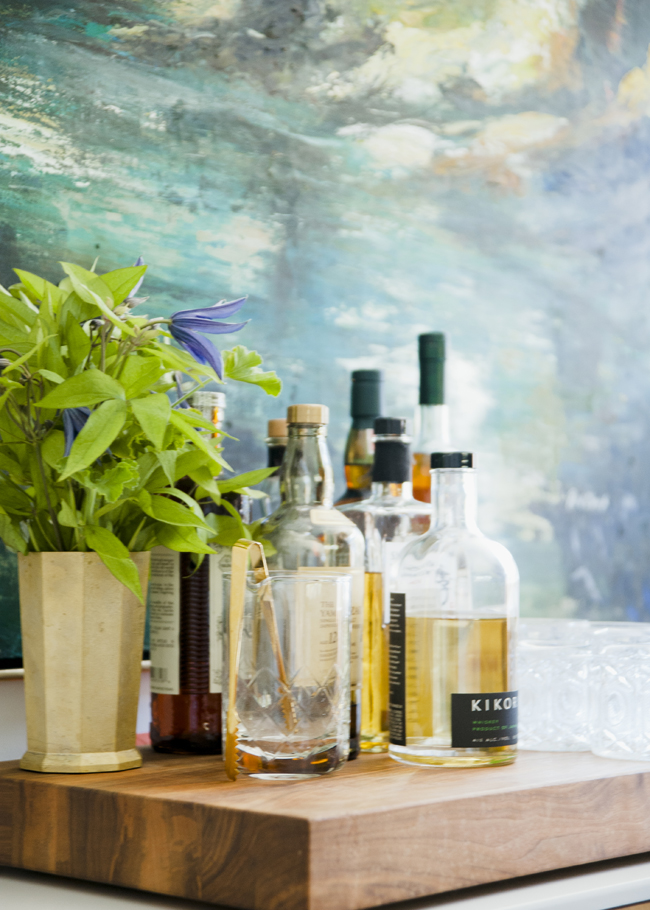 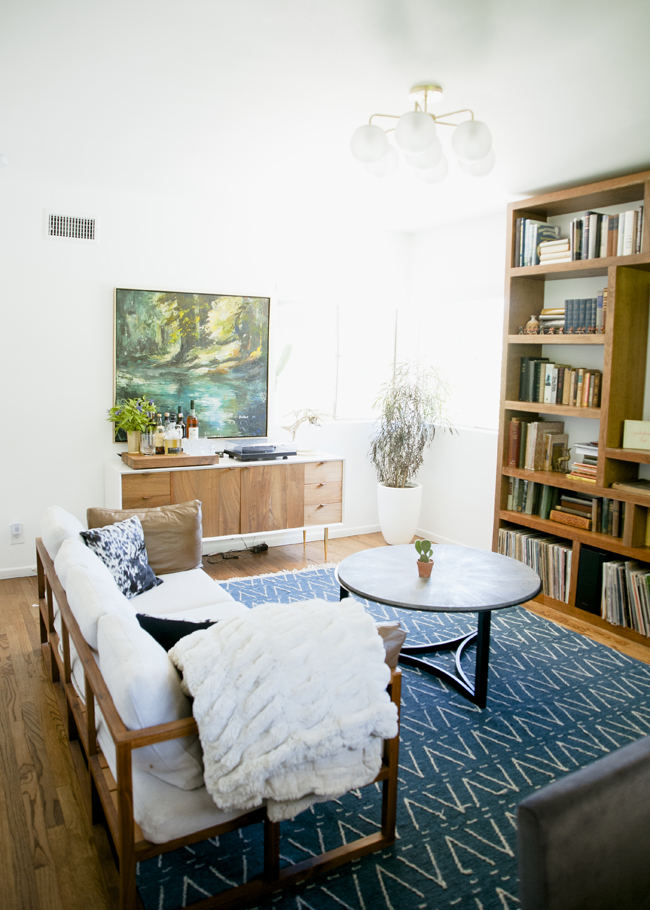 Art above record player in the library: Grandma!