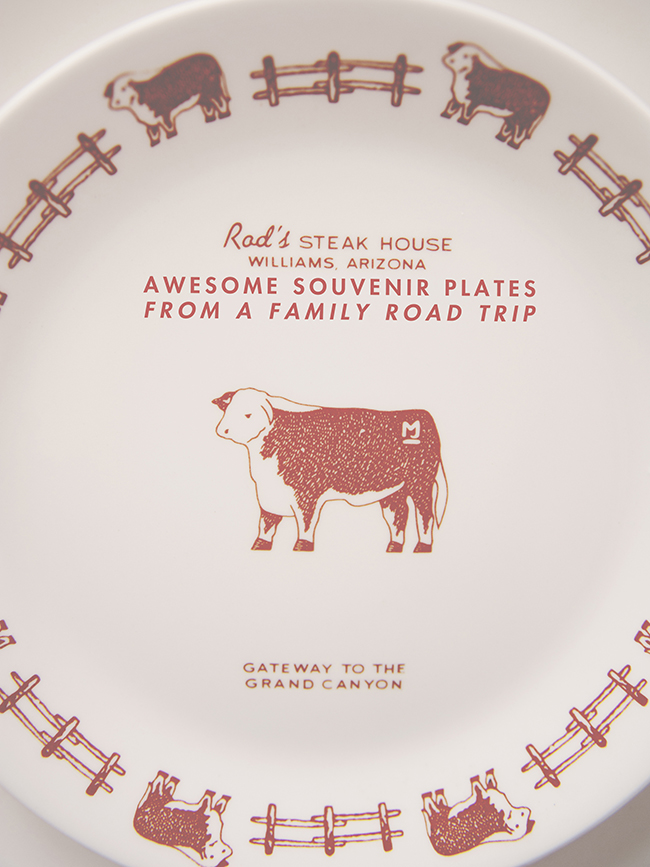 A couple of stories from my family’s road trip to the grand canyon in 1997.

Henry, my little brother who was three at the time, hadn’t seen snow yet.  We lived in LA, and were less “ski bunnies” and more “desert wanderers” in our family vacation ways–so, snow was a novelty to us. Driving through Utah, we came across our first patches of the white stuff.  Sure, it was a little brown and icy around the edges, but it was still snow, a mysterious substance Henry had only seen in Bambi by this point. His chubby hands pawed at the window, dying to touch it.  We pulled over, and before we could restrain him, he was off toddling into the white-ish horizon.  Triumphantly he dipped his hands into the powder.  We paused, drawing breath at this moment of wonder.  Henry’s face paused too.  His cupid’s bow smile contorted into a howl of agony.  He raised his chubby little hands, wet with melted snow, and turned to us, bawling with a profound sense of injustice. He hadn’t realized that snow would be cold. Which, I guess, we should have explained it to him–but then we wouldn’t have this story.

My family went on an “old west” train ride along the Grand Canyon.  All was going well, when all of a sudden: Brigands!  Mustached, dusty men, with names like Wishbone, Rowdy, or anything else you’d find on Rawhide, rode up on horseback, popping their pop guns in gunslinger fashion, making their way onto the train. A stick up! Henry had never been in a stick up before, but it seemed old hat to him.  When the Marshall burst into the train car and the robbers hid among the gaping tourists, Henry stood up in his seat and pointed to them.  “J’accuse!” his little hand seemed to say. Henry’s status as the family NARC/Tattler was cemented in that moment.

Rod’s Steak House was our family’s dinner spot after our day at the Grand Canyon.  This is a real steak house: a steer-shaped menu, the only non-meat items are potato based, and there are cows on everything. Literally, everything. The plates, the silverware, the tablecloths; and here’s the funny thing, all of the tchotchkes covered in steer! Adorable. My mom bought a ton of the china, and it’s become one of my favorite collections in my mom’s shelves. The midcentury sensibility, the little illustrations, and I’m sure the memories, makes me dote on these plates and cups.  You can pick some up for yourself the next time you’re in Williams, Arizona, or you can email their souvenir shop for more info! 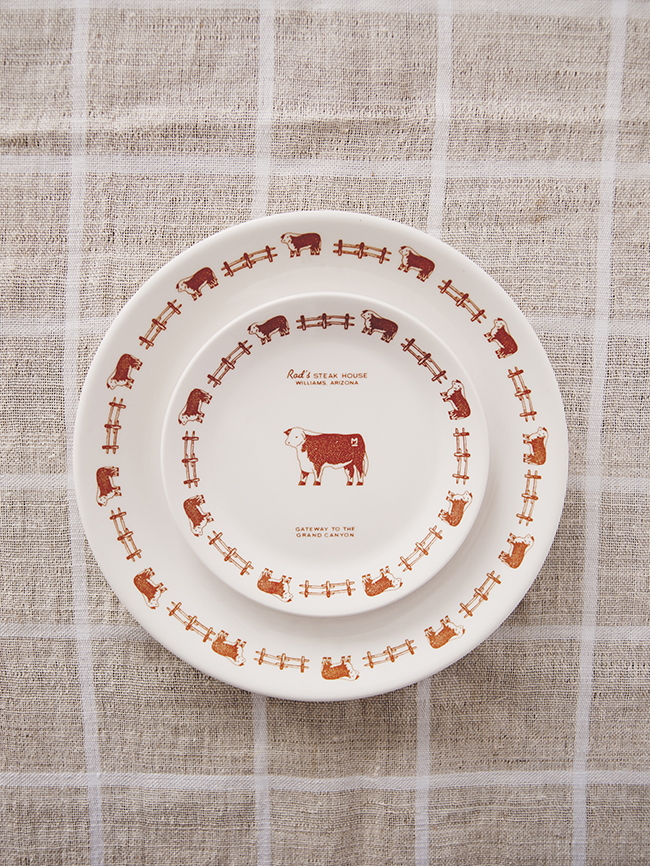 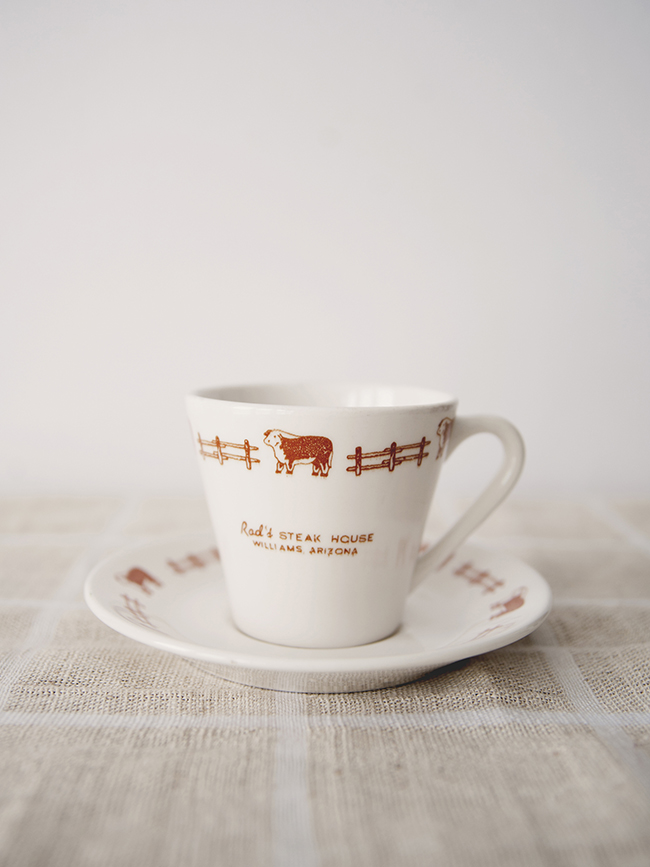