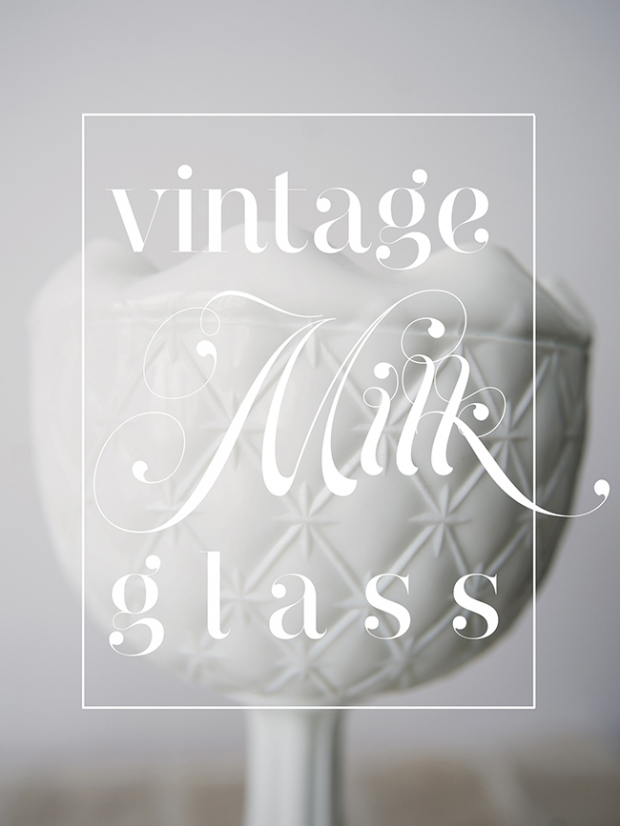 Ok, so, I’ve spoken a lot about my love of whiteware at this point, and milk glass is sort of under the same umbrella. Milk glass has been around since the 16th century, but the term itself was coined in the 20th century to describe the opaque white plates, goblets, serving items, and decorative objects that became popular in the late 1880s.  It found a resurgence in the 1950s with hobnail (rounded studs) patterns and more modern shapes.  It’s usually used for serving dishes, vases, little delicate oddities that populate corners of your grandma’s home.  Just look for the bowl that has ancient hard candy stuck to its edges…that’s probably milk glass.

Despite its grandma status, when milk glass is presented in a group, it make a stunning impression.  Clean, bright, and just a bit whimsical, they look lovely set against a dark wall or adding height to open shelving. 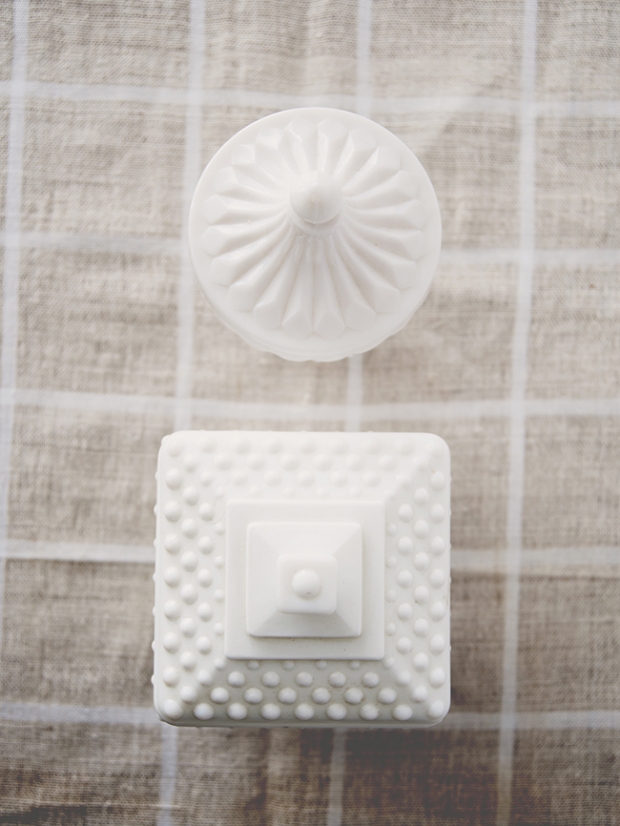 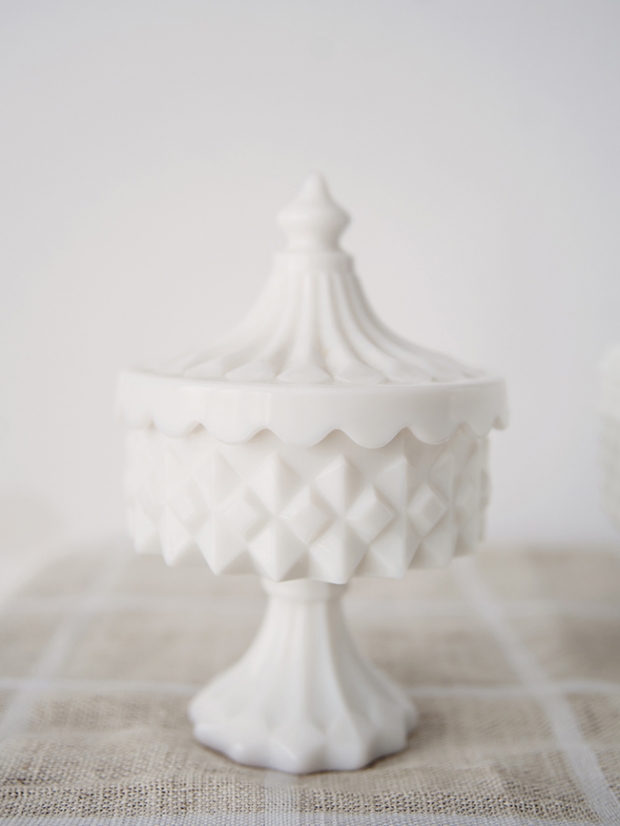 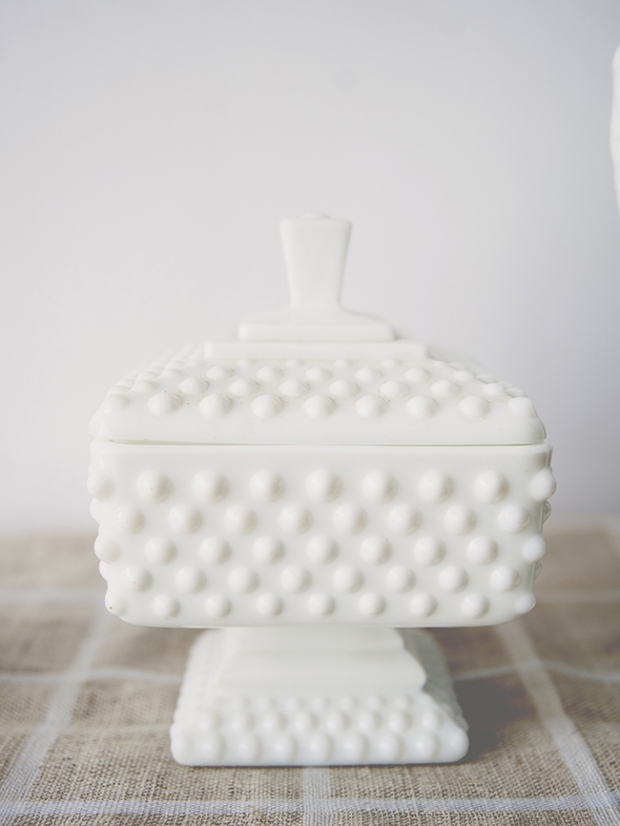 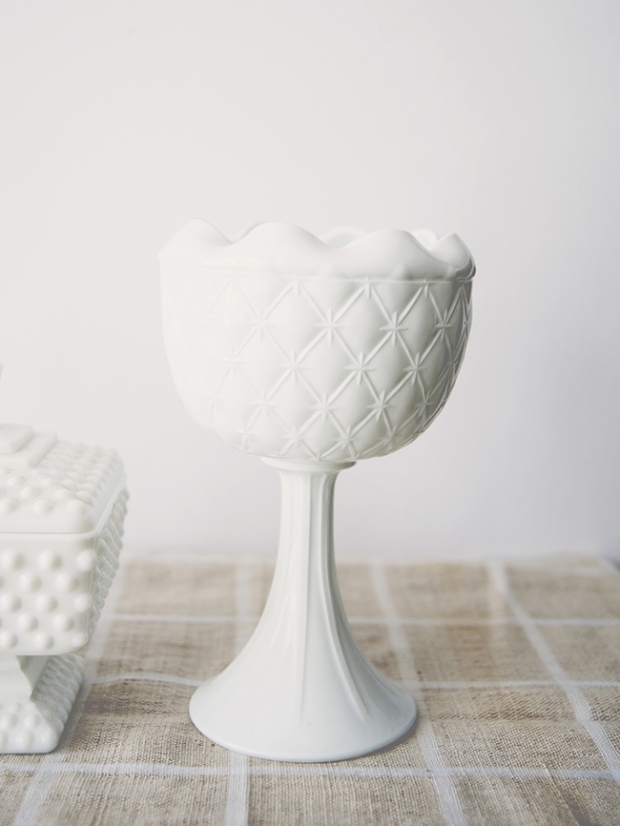